'Gabbar Is Back' - Movie Review

In this remake of masala south film, 'Ramanna', directed by Krish, the only saving grace is Akshay Kumar, who not only looks dishy with a beard, but does try giving a convincing performance in this not at all convincing film 'Gabbar Is Back' 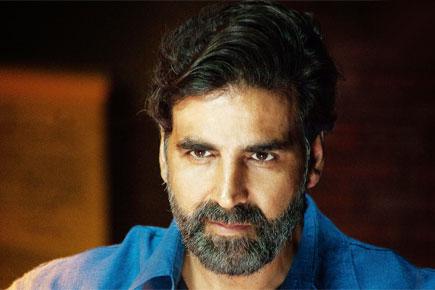 'Gabbar is Back' review 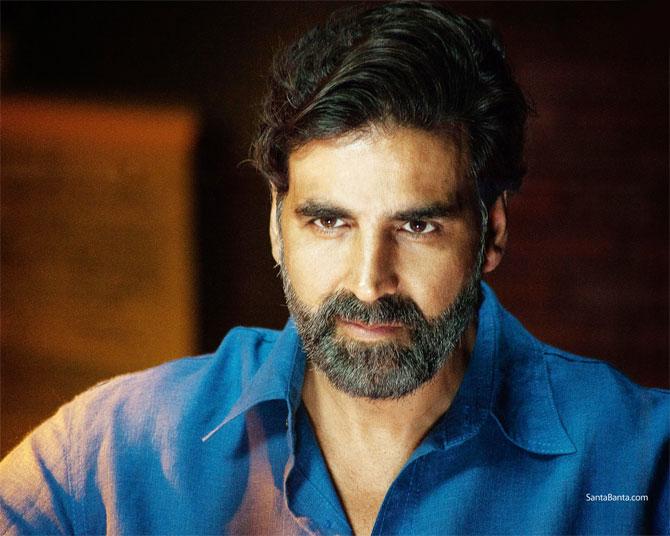 Akshay Kumar in 'Gabbar is Back'. Pic/Santa Banta

...asked the iconic villain Gabbar to his shivering cronies. 'Do sarkar', I am tempted to tell him hoping that he takes the writer of this film, (Rajat Aroraa) and the director (Krish) into his den and gives them his dose of 'Iski Sajaa milegi, barabbar milegi' for attempting to taint his name.

It's really hard to take this film, which is supposedly sending a strong social message, seriously. At the outset the film's intention (nothing novel, yet) seems alright as a wronged man, Aditya (Akshay Kumar) goes around eliminating corrupt Government officers, in a bid to eliminate corruption. He, with the help of his student friends (belonging to some vague 'National college', which famously doesn't allow policemen inside its campus), gets into the habit of kidnapping ten officers but killing one. Don't ask why as that would be asking for too much from this logic defying film. As Aditya goes around blatantly doing his deeds under the pseudonym of Gabbar and even sending the police the tapes of his deeds, the police force is once in a while sitting around the table, wolfing down samosas and generally trying to play the guessing game of who this Gabbar must be. Anyone with a half a brain should have been able to nab the guy in the time it takes to consume half a samosa.

Ironically a film that's named after the iconic villain has the most laughable bad man (Suman Talwar). The poor fellow already has his face perpetually stuck in a scorn position and then he's given the task of time and again bellowing the most inappropriate to the situation dialogue, 'I am a brand!' Talking of dialogues, Rajat Aroraa in his trademark style yet again makes sure that they veer from silly to absurd to preposterous in the course of the movie.

Photos: Akshay Kumar and other celebs watch 'Gabbar Is Back'

This is a remake of a masala south film, Ramanna, so perhaps we are not allowed to crib about the ear drum damaging background sound, over the top acting and a miniscule role given to the 'heroine'. Heroine is 'Google' freak Shruti Hassan, who's a lawyer by day and is also capable of delivering babies in the back seat of a car. Let's not break our heads on that because Shruti on screen looks as confused as we are.

The only saving grace of this film is Akshay Kumar, who not only looks dishy with a beard, but does try giving a convincing performance in this not at all convincing film. But then he should have chosen better.

Next Story : Spotted: Hrithik Roshan and Gauri Khan in Mumbai