The seamless screenplay of 'Udta Punjab' keeps you hooked and involved in the proceedings as we are taken deeper and deeper through the despondency of the situation. Above all, this film undoubtedly belongs to Alia Bhatt and Shahid Kapoor 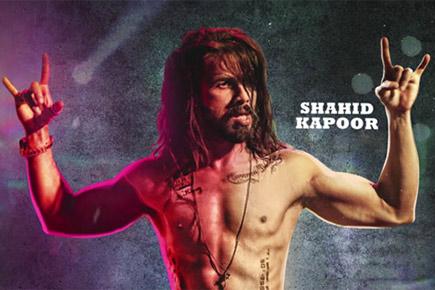 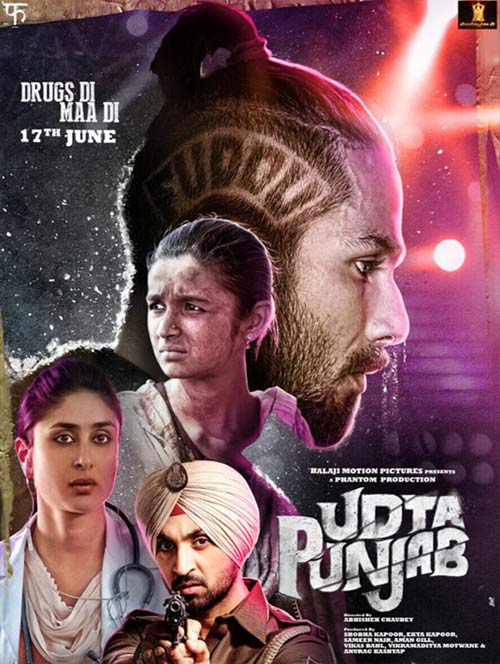 The film opens with a jaw dropping scene when a big packet of drugs is casually flung over by a discus thrower from the other side of the border to be picked up by a 'business' partner in Punjab. This, sets the tone for the rest of the film, which slowly and disturbingly unravels the horrors of the deep and prevalent drug menace in the state.

Tommy Singh (Shahid Kapoor) is the popular pop star of Punjab, he's talented, he's obnoxious, he's Gabru and he's dangerously dependent on drugs. Young Tommy has lost control of self as the potent combination of drugs and heady fame rules his life. His lyrics are mostly an ode to the drugs that consistently run through his blood stream.

Tommy is not the culprit, he's a victim like a lot of youngsters who are awestruck by him and ape him. He is too naive and drug addled to even realise the repercussions in the long run.

The unnamed labour girl (played by Alia Bhatt) is seemingly simple but much stronger. When she stumbles upon a consignment of drugs, she guilelessly hopes to get herself a better life by selling it, without realising how she can get trapped in the muck of this greed driven world of drug business.

Sartaj Singh, the cop, is too happy being a cog in the corrupt wheel as he and his boss wrangle bribe from the drug dealers and suppliers and merrily let the consignments enter the state. The repercussions of his actions strike him when the truth hits too close home. It is Preeto (Kareena Kapoor Khan) who seems to be the only sane voice in this mess, helps him with that.

This is a heart wrenching and deeply disturbing story of broken, fallible human beings, who aren't capable of or refuse to look at the bigger picture as long as their present is tolerable. It is dark alright but mercifully, not hopeless because these very people display strengths of character at that crucial turn in their lives; Tommy Singh (Shahid Kapoor) and Sartaj (Diljit Dosanjh) come in touch with their conscience and Alia's character makes her strong and overwhelming passion to get better of the miserable situation that she's stuck in.

The seamless screenplay (Abhishek Chaubey and Sudip Sharma) keeps you hooked and involved in the proceedings as we are taken deeper and deeper through the despondency of the situation and the rampant corruption that makes sure that it doesn't improve. The cinematography (Rajeev Ravi) blends perfectly well with the mood of the film.

Above all, this film undoubtedly belongs to Alia Bhatt and Shahid Kapoor. Alia, as someone who tries fighting destiny with her loud, protesting sobs, as someone who fights succumbing to the drug filled world of the weak, is fantabulous.
Shahid Kapoor has proved his mettle earlier but it wouldn't be an exaggeration to call this his best performance till date. A badass with a good heart, Shahid plays this complex character with an admirable ease. From someone who foolishly thinks he conquers the world to a frightful realisation of the truth, he goes through a transformation with an absolute conviction. Diljit's charm is used to the fullest here, and he does a good job. Even though Kareena Kapoor Khan doesn't get as much screen space as one would have liked, she leaves her stamp with her honest and natural performance.

Walking out of the theatre, one is grateful that the filmmakers fought for this film. This had to be served undistilled, and untouched by people who don't see or choose not to see the gravity of the situation.