Cannes 2019 photos: Hina Khan in pink pantsuit is nothing but classy!

Fashionista Hina Khan has already started impressing the fashion police at Cannes 2019, even before her red-carpet appearance. Her pastel pink pantsuit look is winning the internet 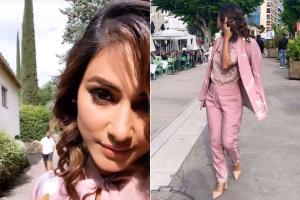 
As Hina Khan is all set to make her debut at the prestigious Cannes Film Festival this year, the fashionista is leaving no stone unturned to grab eyeballs in the overseas arena. She is making sure even her non-red carpet appearances are kept sleek and stylish. The TV actress and her beau Rocky Jaiswal spent some romantic moments at the Eiffel Tower in Paris, as soon as they landed in Paris. And later, the actress headed to the interviews.

Hina Khan, who is known as the fashionista in the Television industry, is upping her fashion game with each passing day. Her latest outing makes her look nothing less than style diva. 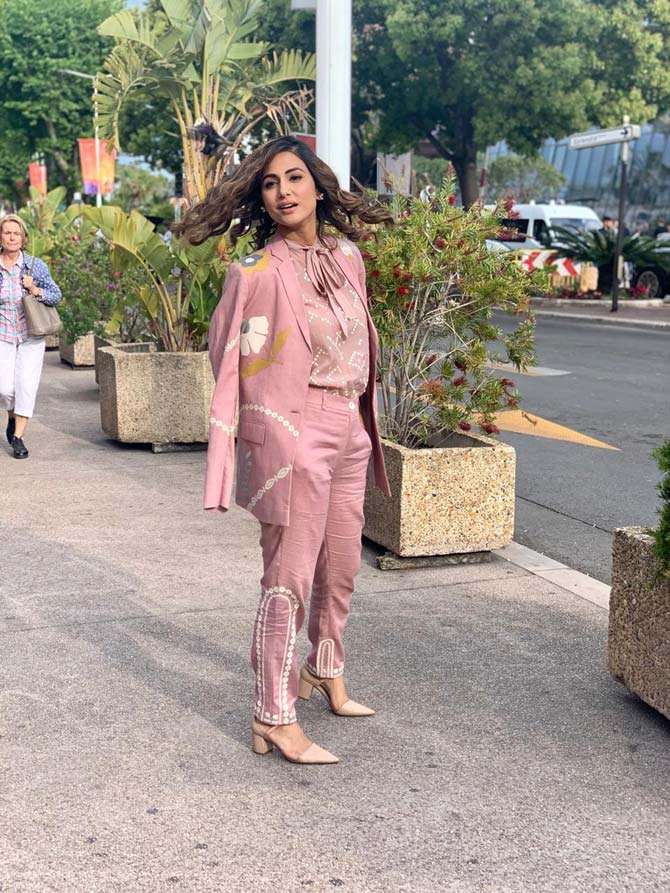 The Kasautii Zindagii Kay actress shared some pictures on her social media account while heading to the interviews, ahead of the Cannes Film Festival's one of the panel discussions organised by the India Pavilion. Hina stepped out in a pink pantsuit and we must admit, she is looking every bit classy in the look. 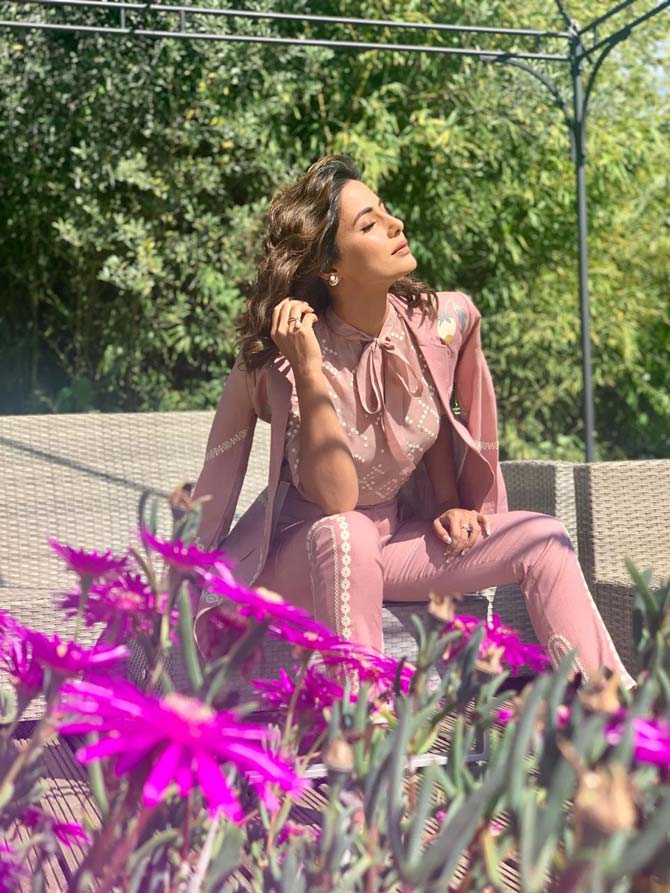 As Hina shared pictures on her Instagram story, netizens started wondering how Khan is going to amaze her fans with her Cannes 2019 red carpet look. 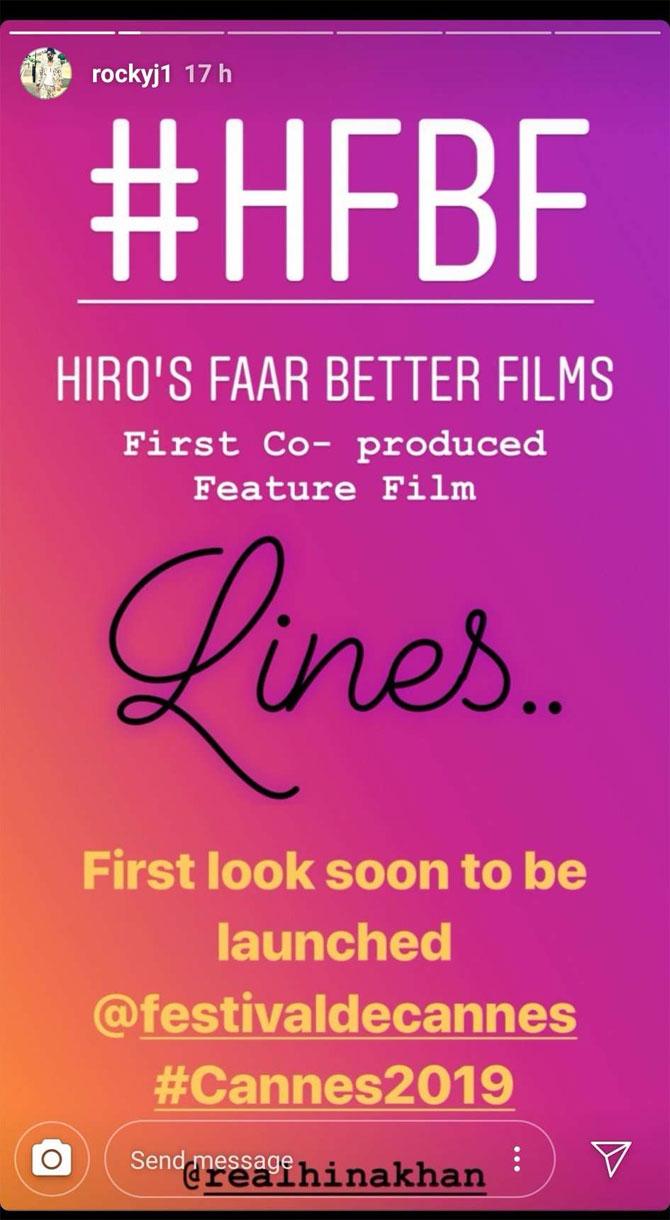 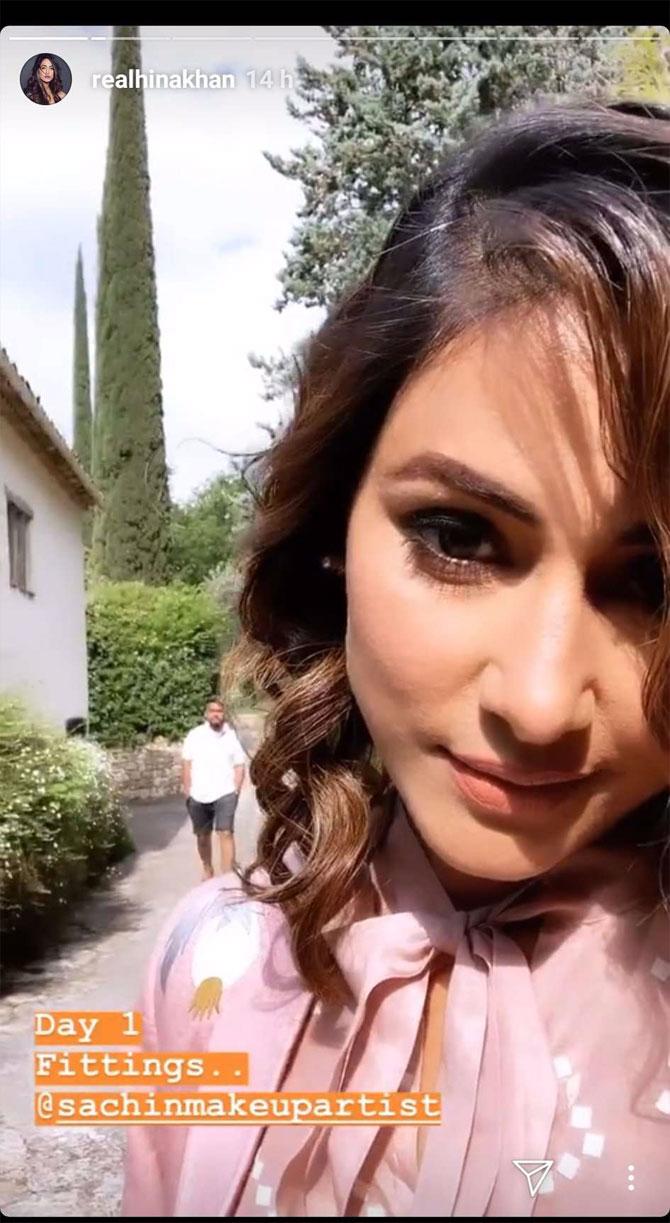 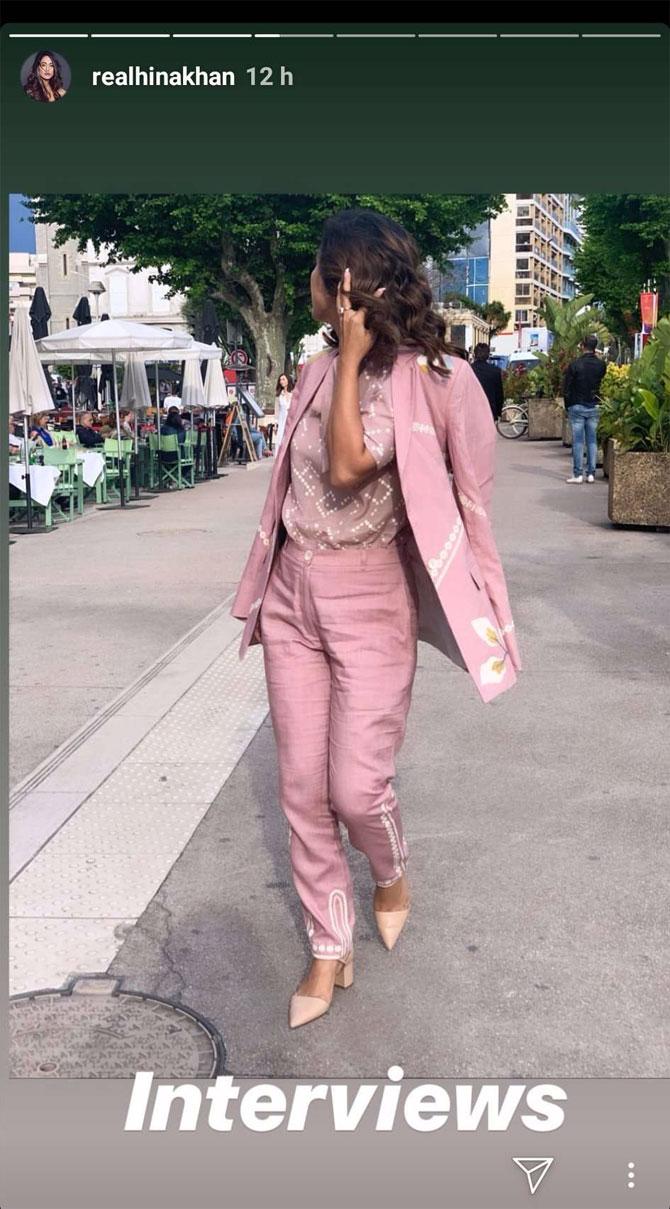 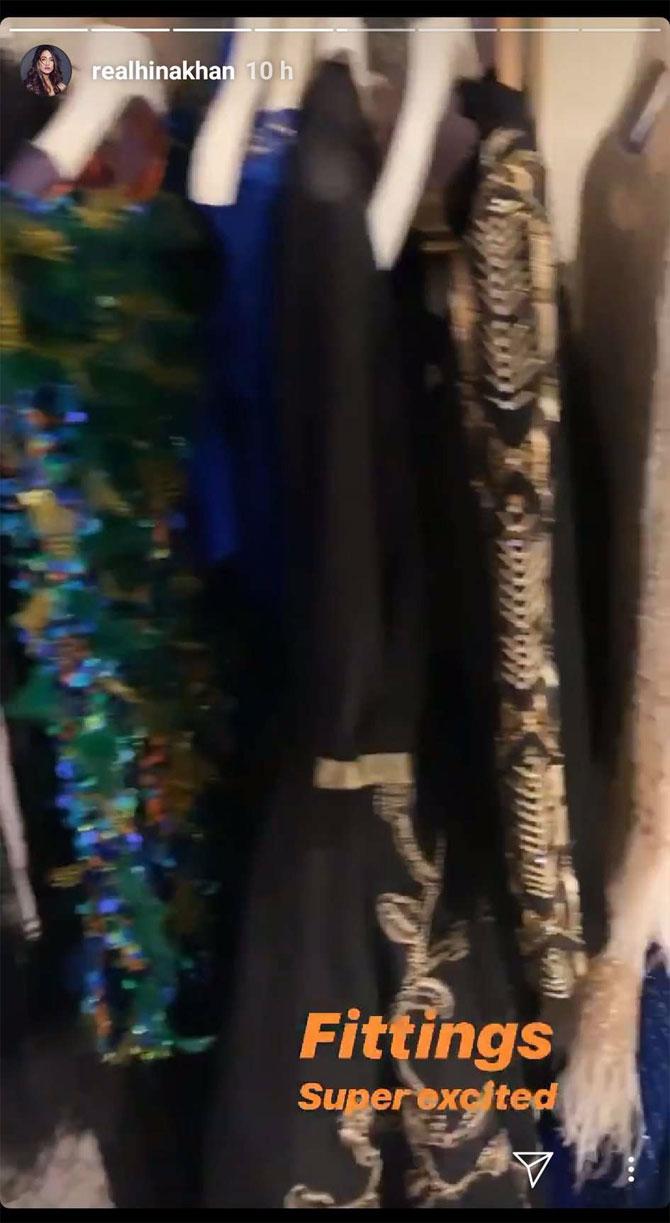 Hina Khan has had a complete image makeover from a sanskaari bahu image to a fashionista. In one of the reality shows, Hina participated in; she said that she wanted to break her identity of that of an ideal bahu, Akshara (her character's name from the show, Yeh Rishta Kya Kehlata Hai). She rose to fame after Yeh Rishta Kya Kehlata Hai and reportedly became one of the highest paid television actresses amongst Ram Kapoor, Sakshi Tanwar, Divyanka Tripathi and others, to name a few.

Hina Khan has been invited to be a part of a panel organised by the India Pavilion at Cannes Film Festival 2019. Hina will be joining the likes of Kangana Ranaut, Sonam Kapoor, Ekta Kapoor and Prasoon Joshi, who will also be speaking at the festival on May 17. 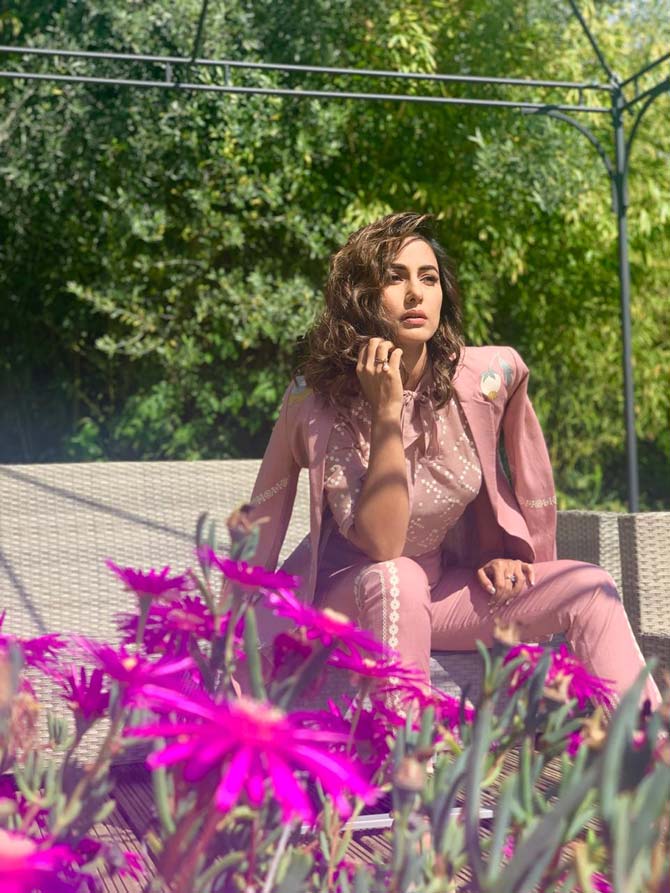 "It's a huge honour. I have been following the Cannes Film Festival as a fan for years. Not only because of the red carpet but more so because Cannes is the ground for some of the most path-breaking international content," Hina said in a statement. 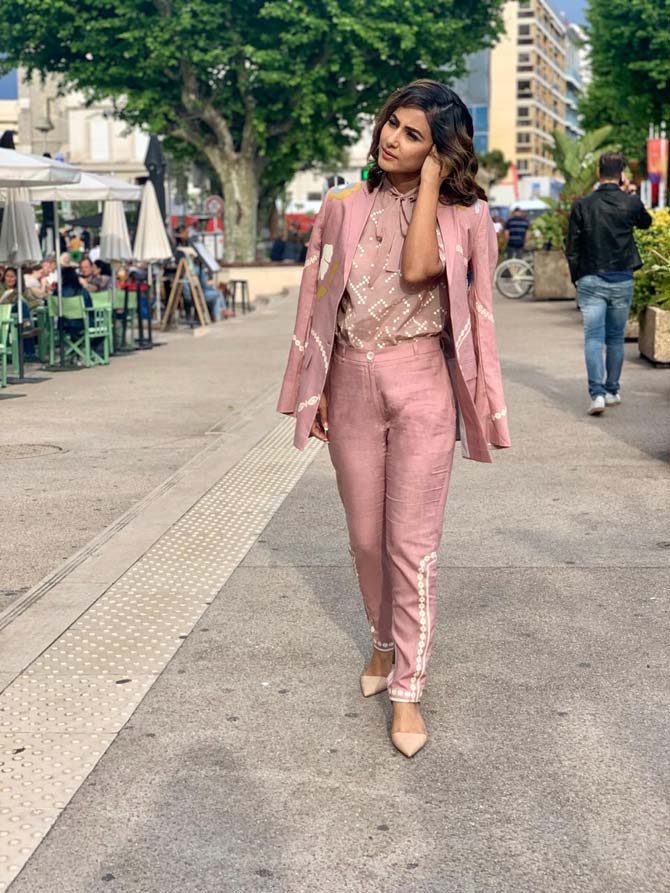