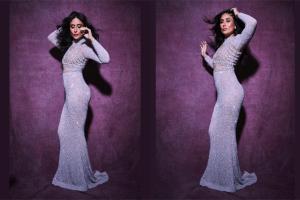 
Kareena Kapoor Khan's latest photos are sure to sweep you off your feet. Dressed in a lavender sequinned bodycon gown, the actress and mother of a two-year-old oozes oomph. With bronze makeup on and her lovely tresses let loose, the actress posed against a purple backdrop.

Kareena Kapoor's manager Poonam Damania took to her Instagram account to share these breathtakingly beautiful pictures. She shared two photos and wrote: "For the first time ever..... Coming soooonnnn [sic]"

For the first time ever..... Coming soooonnnn

Bebo's manager generated enough curiosity amongst the Veere Di Wedding actress' fans. However, Kareena's fans were all in for the guessing game. Immediate responses started pouring in stating that Kareena is decked up to judge a dance reality show - Dance India Dance. This is the actress' first-ever stint as a judge on the small screen.

Not just Kareena's fans, but her filmmaker-friend, Rhea Kapoor also commented: "Started" which made the fans believe that she'd be judging Dance India Dance even more.

This post received a comment from one of the users as to when will she stop making others jealous with her beauty. 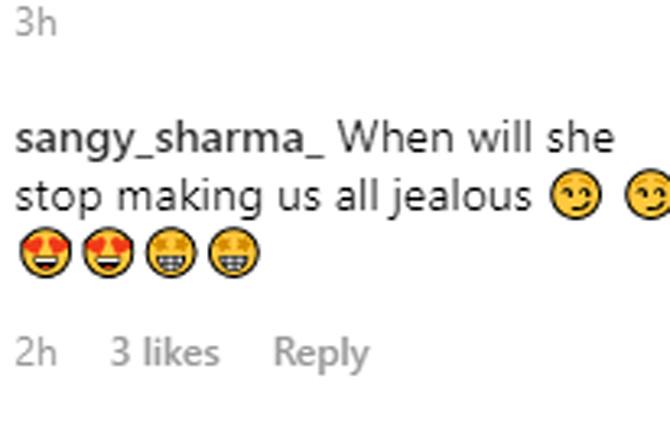 On the professional front, Kareena has wrapped up the shoot of Good News with Akshay Kumar, Diljit Dosanjh and Kiara Advani. We also hear that Taimur Ali Khan will be seen doing a 10-minute cameo in Good News.

Kareena will also be seen with Irrfan Khan in Hindi Medium 2. Reports suggest that she will essay the character of a cop in this film, which is a sequel to the 2017 Hindi Medium. Apart from this, the 38-year-old also has Takht, a period drama, in her kitty. Helmed by Karan Johar, this film also stars Ranveer Singh, Alia Bhatt, Vicky Kaushal, Janhvi Kapoor, Bhumi Pednekar and Anil Kapoor.

Also Read: Did you know 'Poo' in K3G was inspired by Miss Braganza from Kuch Kuch Hota Hai?

Next Story : Sanjay Kapoor shares an old pic of 'The Chembur Boys', check it out