Several Bollywood celebrities too have criticised the move, with Shraddha Kapoor joining the protest in Goregaon on September 1 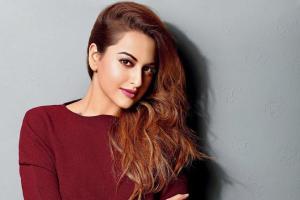 
Over the past fortnight, Mumbaikars have come together to protest against the BMC's proposed felling of 2,700 trees in Aarey Colony to build a Metro shed. Several Bollywood celebrities too have criticised the move, with Shraddha Kapoor joining the protest in Goregaon on September 1. Sonakshi Sinha is the latest celebrity to have thrown her weight behind the campaign.

Talking to mid-day on the sidelines of Myntra Fashion Superstar, the actor said, "Shraddha recently messaged me saying that whenever she goes to Aarey again, she would love it if I joined her. I will definitely be part of the campaign. I wasn't aware [of the protest], else I would have been present that day itself. We are also spreading the message among our colleagues, hoping that more people will join in. It will help if they talk about it on social media or take to the streets because they enjoy a wide reach."

Shraddha Kapoor at the protest

Sinha is appalled that the civic authorities are considering destroying the only green cover that the city has left. "It's shameful that when there is a need to plant more trees, we are talking about cutting them down. We talk about the Cauvery river issue or even the Amazon Fire, and here we aren't even concerned about what is happening in our own city. I am grateful for all those who are supporting this cause."

Next Story : 'When I was selected for Kaho Na... Pyaar Hai, I trained with Salman'