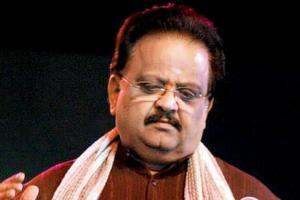 
Legendary playback singer S.P. Balasubrahmanyan, 72, has sung for a Malayalam music album after a decade. The album titled "Pranyathen Mazhayaayi", based on the theme of love, was released on Saturday. The lyrics of the album are by K.R.P. Vallikunnam and music by Prasannan. It consists of 10 songs.

Besides Balasubrahmanyam, other singers who have contributed to the album, include M.G. Sreekumar, Sujatha Mohan and Swetha Mohan.

Yet another feature of the album is a song portrayed on the theme of late director P. Padmarajan's last movie "Njan Gandharvan", which was shot in Padmarajan's house.

SPB, as he's fondly called, the singer has recorded over 40,000 songs in 16 languages and is also the recipient of six National Award