Celebrated footballer Bhaichung Bhutia's life is lesser known to people and Tiger Shroff has been approached for his biopic. This will be Tiger Shroff's first, as he never essayed somebody else's life on-screen 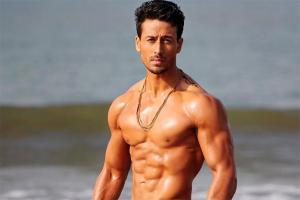 
Tiger Shroff is being appreciated for his role in Karan Johar's Student of The Year 2, helmed by Punit Malhotra. The film hit the theatres on May 9, 2019, and the film is inching towards the 50 cr mark. Apart from Tiger, this film also marked the debut of Tara Sutaria and Ananya Panday (daughter of Chunky Panday). Student of The Year 2 is a sequel to Student of The Year (2012) which launched three faces - Alia Bhatt, Varun Dhawan, and Sidharth Malhotra. All three are now amongst the big faces in the film industry.

According to a report, within a week of Student of The Year 2's release, Tiger Shroff has bagged yet-another film. A Pinkvilla report states that Tiger has been approached for a biopic of the celebrated football player, Bhaichung Bhutia. This is one of its first for Tiger Shroff to essay somebody else's life on the 70 mm. Elaborating about this project, a source told the entertainment portal, "Tiger has been approached for a biopic, which might also be his first. It's on the life of Indian footballer Bhaichung Bhutia. Anand Kumar, the director of Zila Ghaziabad, is putting the project together. They have offered the film to Tiger. It now needs to be seen if Tiger will be keen on taking this project up."

Its a new day...spread your wings and fly!

Tiger Shroff has a deep level of personal interest in this sport. He himself is a football player. Adding further, the source said, "Tiger is a fantastic footballer himself. In fact, if he wasn't an actor, he would have taken to a career in the sport. So when Anand was looking at a popular face for the biopic, Tiger was his first and only choice. Tiger has liked the script but now, it's up to the dates and the schedules. The modalities need to be discussed before proceeding further."

Well, this wouldn't be the first time that a biopic is being made on a sports person. Biopics on sports personalities have worked well at the Box Office too. From Priyanka Chopra's Mary Kom, Farhan Akhtar's Bhaag Milkha Bhaag, Sushant Singh Rajput's MS Dhoni: The Untold Story. Talking about Bhaichung Bhatia, not much about his personal life is known to the public, and the source added, "The film will also trace how Bhaichung struggled to fulfill his dreams, his highs and lows, and personal life as well. Nobody knows what went behind his supremely successful career and that's what the makers are planning to tap into."

Currently, Tiger Shroff is working on his YRF's dance film with Hrithik Roshan. The actor will then proceed to Baaghi 3 and Rambo remake.

Also Read: Tiger Shroff: Grateful for the opening of Student Of The Year 2 has got

Next Story : Anil Kapoor to be felicitated by CEUCC