Avengers: Endgame is on a roll and how! The Marvel Studios superhero flick is doing excellent business in India and the world; the numbers are proof! 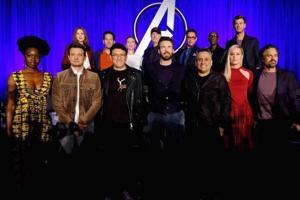 
Avengers: Endgame has been running to full houses in theatres across India since it released on April 26. The final instalment in the Avengers film series is on its way to becoming the highest grossing Hollywood film in India. In fact, it has even broken the record of its predecessor, Avengers: Infinity War.

Avengers: Endgame emerged as the highest opener of Hollywood films in India till now by minting over Rs 100 crore in the first two days. It has raked in Rs 157.20 crore net in weekend box office collections in India itself. The worldwide figures are reported to be Rs 8,384 crore. And now, on day 4 after its release, the Marvel superhero flick has collected Rs 189.70 crore net in box office collections.

Avengers: Endgame marks as the final film within the Marvel Cinematic Universe's current generation, which comprises of 22 films, including Spider-Man: Homecoming and the recently released Captain Marvel. It will also be the last Marvel movie for some of the key actors, including Chris Evans as Captain America.

Also read: Scarlett Johansson on future of Black Widow stand-alone: Everything happens when it's supposed to

Next Story : David Dastmalchian to play Polka-Dot Man in The Suicide Squad