An emotional goodbye from Tinaa Datta to Aashka Goradia on Daayan

Aashka Goradia has built some strong bonds with the cast and crew members of Daayan, who bid her a teary-eyed farewell. 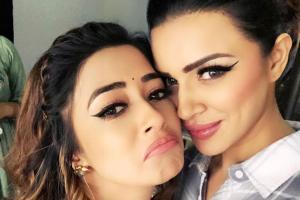 
Actress Aashka Goradia who entered &TV's Daayan as the powerful and vibrant Satrupa, recently bid an overwhelming adieu to the entire cast and crew of the show. While the actress has been shooting with the entire team for only 3 months, she has built some strong bonds with the cast and crew members who bid her a teary-eyed farewell.

Making this moment nothing short of a pleasant surprise was none other than actress Tinaa Datta who in a very short time managed to develop a close bond with the actress. Not only did she arrange for a cake cutting in her green room, but also invited Aashka's husband, Brent Goble to be a part of this emotional moment. 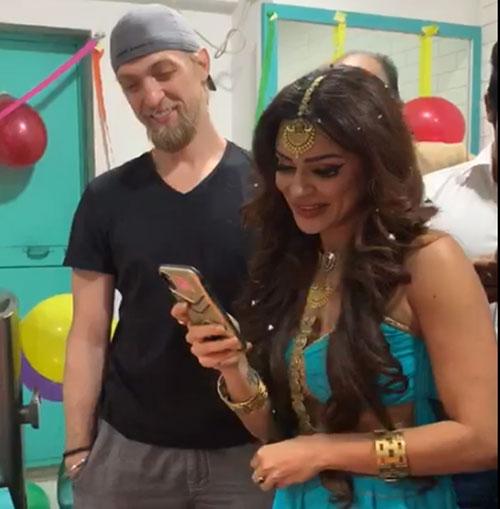 Overwhelmed with all the pleasant memories created on the sets of Daayan, Aashka said, "Supernatural has always been one of my favourite genres, and &TV's Daayan definitely added to the thrill of working in this space. As much as I enjoyed essaying Satrupa, I loved creating her and designing her looks. It was definitely was one of the most interesting and fun highlights of my character. I am thankful to the writers and the creative team for giving me the liberty to play my character on my own free will. A big shout out to the entire unit who was been so supportive and a great team to work with. I am going to dearly miss working with the entire cast, especially Tinaa who has become a really close friend. A special thanks to her for making my farewell such a cherishing memory."

Sharing some of her memories with her dearest co-star, Tinaa said, "Aashka is a dear friend and while we have known each other from before, we connected deeply while shooting on the sets of &TV's Daayan. From discussing our scenes and characters to sharing our healthy food dabbas, our journey as co-actors has been truly splendid, and I am really going to miss her presence on set. She was not just a friend who would help me discover my character in the best way, but also a confidante who I could share my secrets with. I hope to work with her again sometime soon."

Next Story : Ekta Kapoor reveals when she called the cops on brother Tusshar