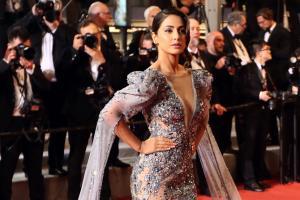 Hina Khan arrives for the screening of the film "Bacurau" at the 72nd edition of the Cannes Film Festival in Cannes, southern France. Pic:AFP


Cannes 2019: Hina Khan makes her red carpet debut, calls it a 'God's sign'. Finally, Hina Khan walked the red carpet of Cannes Film Festival 2019, and the actress has shared a pretty picture from the venue on her Instagram account. 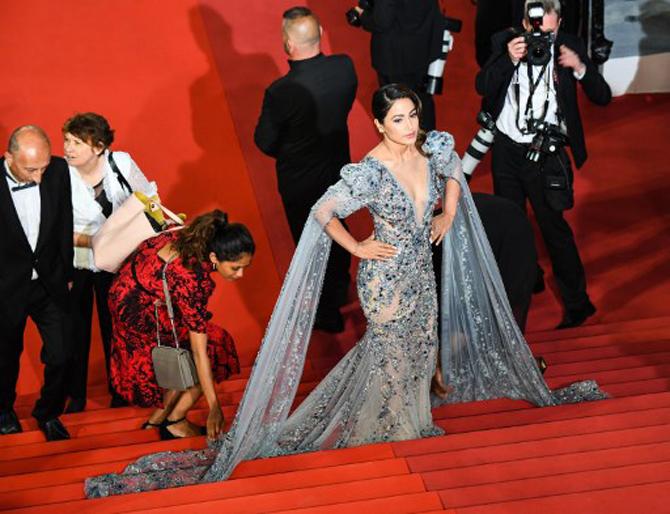 Hina Khan at the 72nd edition of the Cannes Film Festival/Pic:AFP

In the picture, we can see Hina Khan posing for the paparazzi at the red carpet, and the monochrome image shared by her is captioned: "#Cannes2019. The picture is just not "a" picture. #GodsSign #ShiningStar @festivaldecannes [sic]"

One of the most anticipated walk-of-the-year for her, many have been eagerly waiting for the Diva and wondering what Hina will be wearing for her debut. The actress walked the ramp on Wednesday night (May 15) looking beautiful in international designer Ziad Nakad's gown.

The actress has also tagged the designer in most of her Instagram stories. Hina completed the look with her hair tied back and some loose curls framing her face beautifully, light makeup and natural pink lips, keeping the entire look elegant. The actress has carried off the sheer gown with utmost grace at the Cannes Red Carpet. 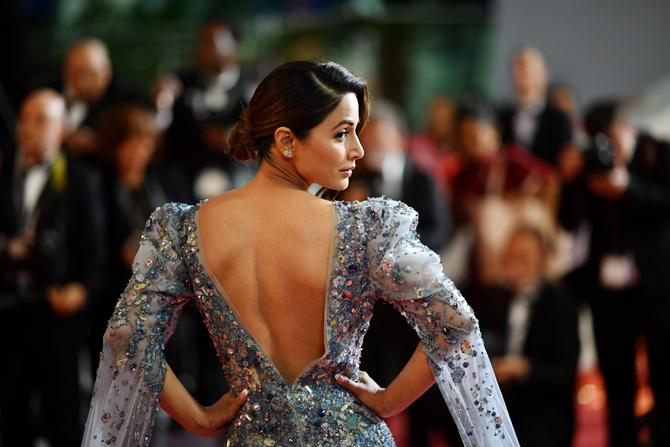 Hina Khan poses for the paparazzi as she walks the red carpet at the 72nd edition of the Cannes Film Festival in Cannes, France/Pic:AFP

Calling it a God's sign, Hina Khan is elated to share her experience about her Cannes journey, and her social media updates are proof enough. Hina Khan not only walked the red carpet but will be a speaker at the 72nd edition of the festival, which will run from May 14 to May 25.

According to the reports, Hina Khan wrapped up the schedule of soap opera Kasautii Zindagii Kay on Sunday, May 12 and left for Cannes on the same day. Her airport pictures did rounds on social media and created headlines for all the right reasons. 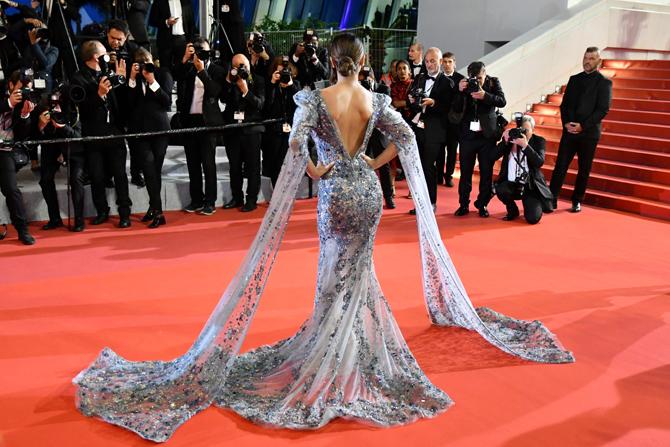 Hina Khan arrives for the screening of the film "Bacurau at Cannes, France/Pic:AFP

Hina Khan has been invited to be a part of a panel organised by the India Pavilion. The actress will be joining Kangana Ranaut, Sonam Kapoor Ahuja, Ekta Kapoor and Prasoon Joshi, who will also be speaking at the festival on May 17.

"It's a huge honour. I have been following the Cannes Film Festival as a fan for years. Not only because of the red carpet but more so because Cannes is the ground for some of the most path-breaking international content," Hina said in a media interaction. 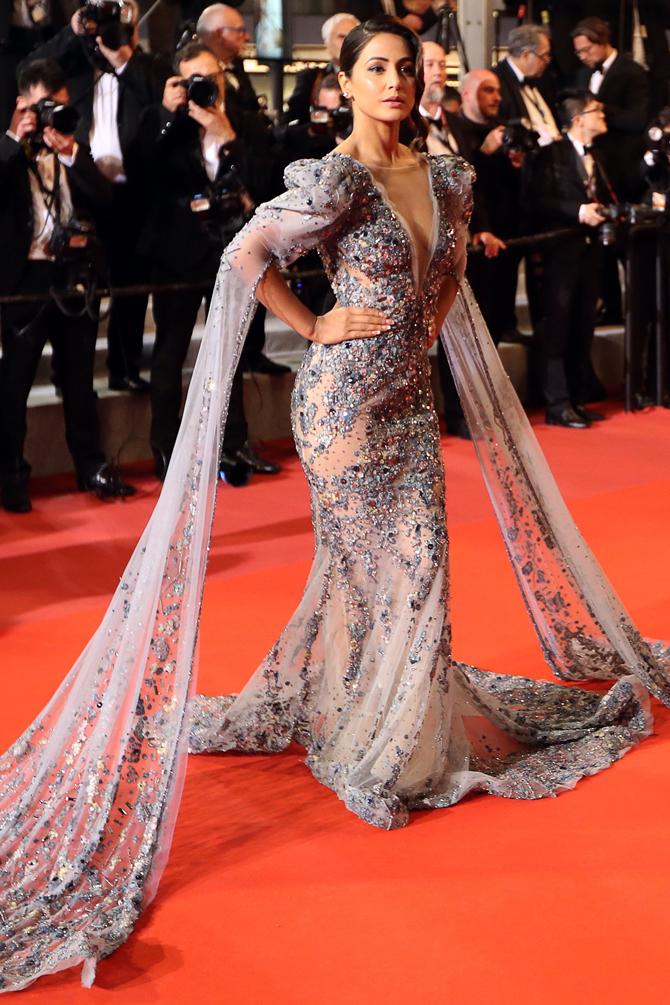 Hina Khan arrives for the screening of the film "Bacurau" at the 72nd edition of the Cannes Film Festival in Cannes, southern France/Pic:AFP

Hina Khan stuns as she makes her Cannes debut:

The television actress has boyfriend Rocky Jaiswal by her side, and the duo is keeping the fans and the audience posted about her Cannes updates.

Also Read: Cannes 2019 photos: Hina Khan in pink pantsuit is nothing but classy!

Next Story : 'Naagin 2 was a bit of a mess up and Naagin 3 picked up again'