Four Indian women, dubbed 'Mothers on Wheels,' became extreme voyagers when they went on a thrilling 60-day road trip from Delhi to London 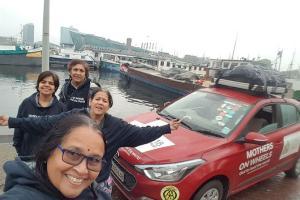 
In early September 2018, four mothers packed up their lives and embarked on a daunting two-month challenge. In a small hatchback emblazoned with the words 'Mothers on Wheels' on its sides, their journey was flagged off by External Affairs Minister Sushma Swaraj. They were on a road trip from Delhi to London, with an aim was to understand motherhood in different countries. And exactly 23,657 km, 22 countries, and 47 cities later, they found themselves in awe of the natural beauty, culture, and lifestyle of the different places the world has to offer. And they got a glimpse of what motherhood was like in all the places they visited.

The women, namely Madhuri Sahasrabudhe, Shital Deshpande, Urmila Joshi, and Madhavi Singh Tomar, had one item on their agenda — to understand changing family structures around the world and the role of mothers in these households. This objective arose from their observations in Indian society about the changing mindset of new generations and the repercussions of that on experienced and new mothers.

Madhuri Sahasrabudhe, who was one of two drivers, who steered the car along the tedious journey said, "We found that there isn't a single country that fittingly recognises the role of a mother, whether as a working professional or a homemaker. In order to have to constantly prove herself, the mother often buckles under the pressure of balancing home and work life. Sometimes, with young mothers, the problems are much deeply embedded. Simply put, we wanted to understand how mothers raise families in different parts of the world and the difficulties they face in doing so."

Also Read: This summer gear up for camping trips with these must have accessories 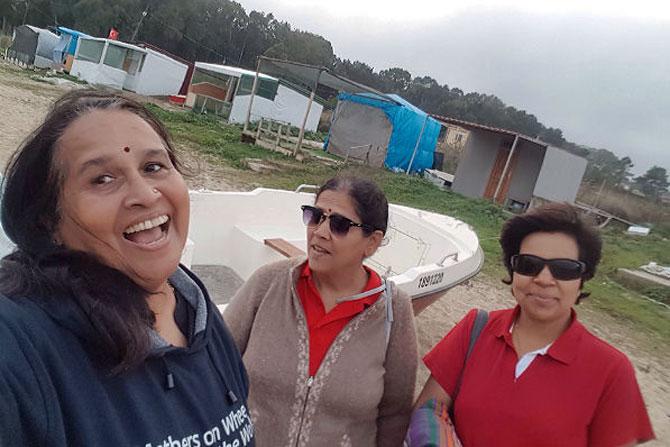 With all permissions in place, the ladies started their journey in a sponsored Hyundai i20 Sport car. Their route took them through China, Kazakhstan, Iran, Georgia, Turkey, Bulgaria, Serbia, Croatia, and finally, via Germany, Belgium, and France, to London. During their eight months of prior planning, they charted out their entire journey, including hotels, safety, road conditions, and the requisite permissions.

Also Read: Explore California's wild side at these National Parks

At every pit stop, the ladies held meetings and public events with the local mothers to give them a platform to voice their experiences. These meetings often lasted five hours, either in groups as large as 80, or intimate gatherings of about 10. After long discussions and prolonged driving that often extended to 700 km a day, the women spent a night or two at every hotel to rest and recuperate, or even catch a few sightseeing spots before heading out again the next morning.

A few times, they found themselves in extraordinary situations, like cruising through multiple countries in a single day or finding themselves in the middle of a jungle in Tibet with a flat tyre. No matter the circumstance, they took it in their stride until, teary-eyed and overwhelmed, they made it to the very last lap of their journey. 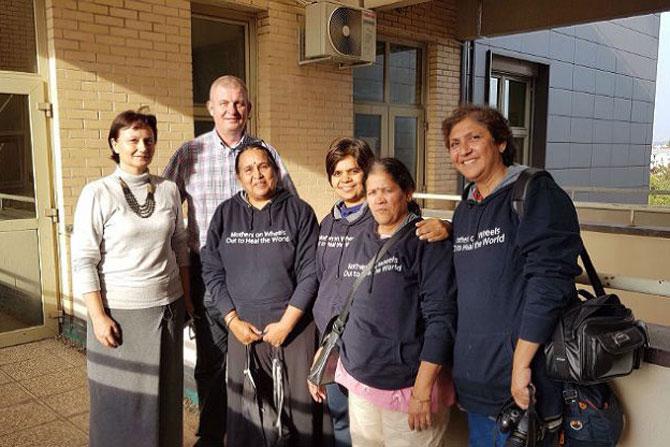 In December this year, the ladies are planning to up the ante with another four-wheel trip around the world. 'Mothers on Wheels' will head to Southeast Asia, only this time around the adventurers will hail from Germany and Turkey, besides India. Two cars will undertake this formidable journey as part of their endeavour to take 'Mothers on Wheels’ to as many landlocked nations as possible, before making it a global phenomenon. As is the characteristic of matriarchs with their children, keep an eye out for them on your next holiday! 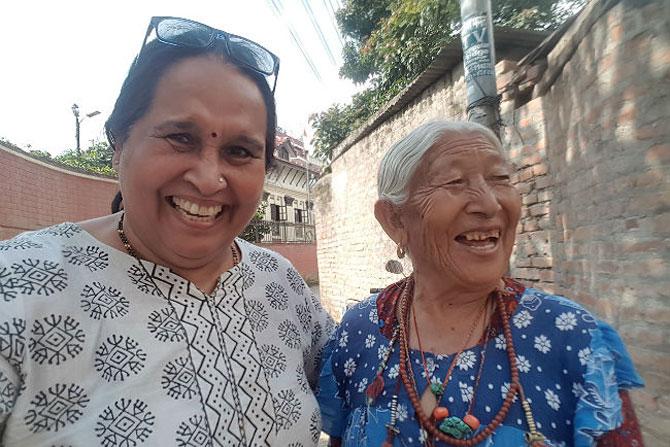 Travel Tip from the Mothers on Wheels

"From the traveller's perspective, we thoroughly enjoyed Bulgaria, Serbia, and Croatia. Kazakhstan is a feast for the eyes, whereas Iran is very much like India. Driving through China and Tibet was extremely tough owing to the uneven roads, but once we entered Europe, it was a smooth ride. The two places I’d absolutely recommend to travel fiends are Turkey and Tbilisi in Georgia. They're a dream for explorers!" signed off Sahasrabudhe.

The article is shared by Ithaka, which is a travel planning app backed by Thomas Cook which has created a community of influencers who help people plan their travel to the destinations of their choice in the European, SE Asian nations and many other countries.

Next Story : Travel easy with these five smart bag packs