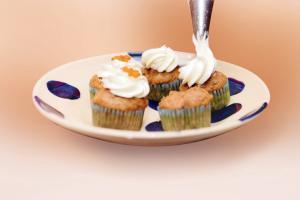 
The moment you put a price tag on something, it loses its charm. Or so people would have you believe. The romanticism associated with art on one hand, and its commodification on the other, is like perennial dilemma artists often find themselves in. If a cupcake sells, does it seize to become the output of creativity? Young media professional Dishari Dutt seems to think not.

At the age of 20, having recently migrated from Delhi to Kolkata, where her grandparents live, Dutt found solace in piping frosting over supple cupcakes and the warmth in her oven. "Although I had roots in Kolkata, it was a new city for me. I didn’t have as many friends to chill with and had a lot of free time. But I wanted to use it productively, so I started baking," the now 25-year-old recalls, tracing the beginning of her out-of-home baking venture, with a name as zany as her youthful treats — Hungry and Skinny (H&S). 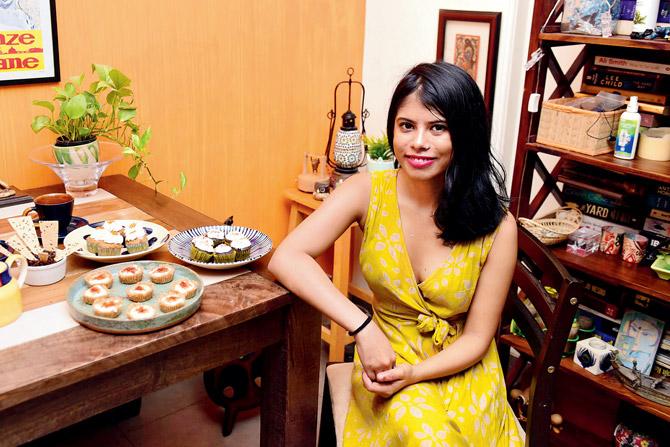 But much like most home chefs, Dutt’s foray into baking as a business was by happenstance. The love for desserts, however, can be traced to her school days, when she took up Home Science as an elective in the 11th grade. It was through multiple assignments as part of the curriculum that she discovered her passion for baking. "Initially, I had to bake to pass the exam, but I found myself enjoying it. Then, I started spending hours watching cooking shows on TV and honestly, there is no logic to it. It just attracted me," she shares. Dutt then channelised this nascent attraction into a range of cakes, cupcakes and other baked treats that she would spend her free time making. "But nobody in my family particularly liked sweets, so I would end up giving it all away to friends and relatives."

After a couple of acquaintances reached out to her expressing genuine interest, with some even offering to pay, Dutt began taking orders. It then took shape as H&S, which opened in Kolkata in 2015, and satiated the sweet cravings of many in the city, until it shut shop in 2016, when Dutt moved to Mumbai to work as a television producer. "It was the kind of job that required me to be on set 18 hours a day, work round the clock and go to edits at 4 am. So, at that time, I couldn’t bake. But what it did was help me expand my network. Now that I have moved on to a new job as assistant manager, I can work around my schedule and carve out some time for H&S," she shares, explaining why she’s ready for the venture’s Mumbai chapter. 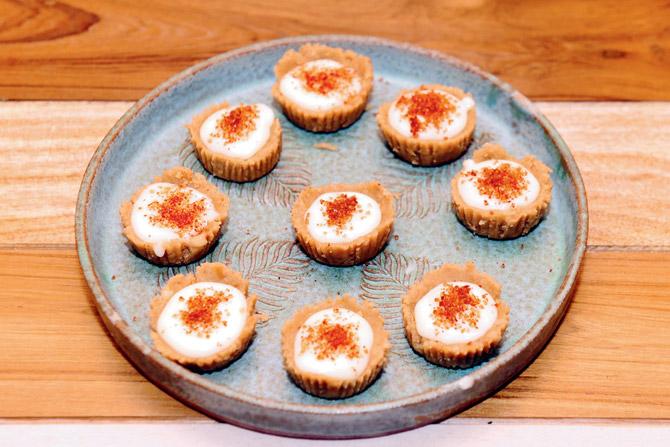 Rise to the occasion

What sets Dutt’s treats venture apart, aside from her cushion-y cupcakes and indulgent jams, is that she offers no menu — a decision she took consciously, hoping it would help differentiate herself from a host of other ventures that work with predictable flavours. How it works is, you either give Dutt a few flavours to work with (like, we did) or, you speak to her about your preferences and she helps you identify the flavours.

We threw chilli and lemon and coffee and coconut as two pairings at her. And she moulded them into a decadent mocha cupcake with a light frosting, with subtle hints of coconut; and a no-bake lemon, tart with a lively zing, a somewhat confusing and mushy pastry base, all dusted with a sprinkle of chilli, that brought the dessert together as a sweet, spicy and zesty goodie. We also sampled her homely carrot cupcakes and a spoonful of bacon jam. With a robust smokiness and sticky bits of bacon, you don’t really need anything more than cutlery to sample it. 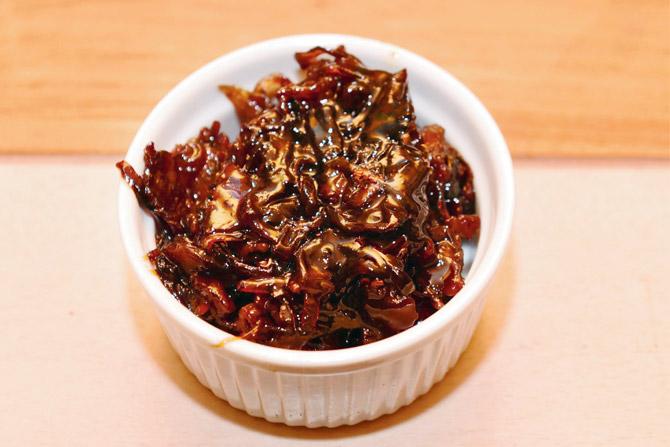 Share
mumbai food mumbai guide things to do in mumbai

Next Story : Pak-ed with goodness