During the raids, police seized cash worth Rs 1 lakh as well as condoms, among other items. "All the 14 spas have been sealed for irregularities and objectionable items 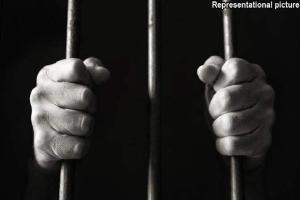 
Uttar Pradesh: Thirty-five people, including foreigners, were arrested during police raids at spa centres on Sunday allegedly running sex rackets in Noida's Sector 18. Fifteen police teams, which carried out the raids at 14 spa centres, arrested 10 men and 25 women. Foreign nationals were also among those arrested, police informed in a statement.

During the raids, police seized cash worth Rs 1 lakh as well as condoms, among other items. "All the 14 spas have been sealed for irregularities and objectionable items. Out of the 14, three were caught running flesh trade. Against these three spas, a case has been registered. Police have also seized beer cans and objectionable items from these spas. Further investigation is underway," Gautam Buddh Nagar SP Vineet Jaiswal stated.

In another incident, Raigad crime branch carried out a raid in a bungalow near Kihim beach in Alibaug and busted a prostitution racket. They rescued seven women who were television actors as well as small-time celebs working with Bollywood. The police said that they have also found cocaine on the two female agents who had allegedly pushed them into prostitution. Raigad police followed a tip-off and posed as customers to raid the bungalow near Kihim beach on Thursday night and found that people were indulging in prostitution.

The police team comprised of 25 men and female police officials who arrested Rakhi Notani and Ranjita Singh alias Renu who were the ones running the racket. According to the police, they found 26 grams of cocaine, valued at Rs 2.5 lakh on them. A police official said, “We rescued seven girls who were produced before a court in Alibaug that sent them to a detention home in Karjat.”

Next Story : Wife asks for Rs 30, husband gives triple talaq and spits on her face