Cristiano Ronaldo fan murders Lionel Messi supporter following an argument as the greatest football rivalry on the planet leaves a bloody mark in Mumbai, 7,500 km from its epicentre in Spain 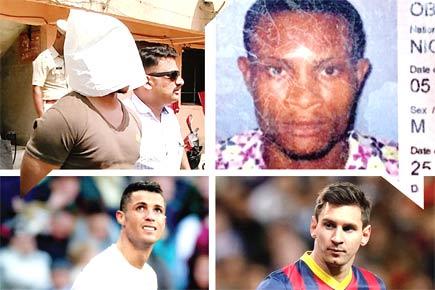 
That football fanatics can love the game to death was proved last morning, when one Nigerian man killed his friend after an argument on who is the better footballer — Messi or Ronaldo. 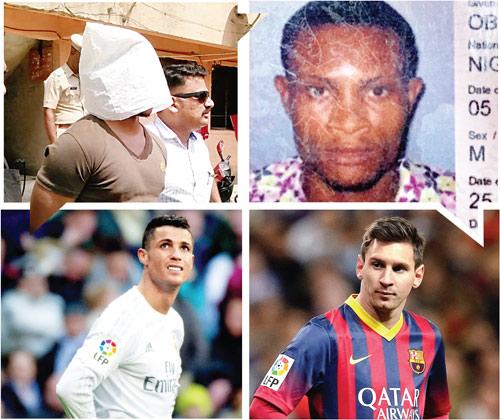 Football over friendship: Chukwuma Nwabu (top left) argued that Ronaldo is better, and attacked the victim when he didn’t agree. Durumchukwu Obinna Michael (top right) had just turned 34 the day before his death. He was a Messi fan.

The two men and a group of friends had gathered at a friend’s house in Nallasopara (E) to celebrate Obinna Michael Durumchukwu’s 34th birthday on Saturday night. By Sunday morning, most of the friends had left, while the owner of the house retired to the bedroom. Michael and another friend – the accused, Chukwuma Nwabu (22) – continued to hang out at the house and were watching a football match.

Also Read: Serie A: Fans stabbed ahead of Rome derby 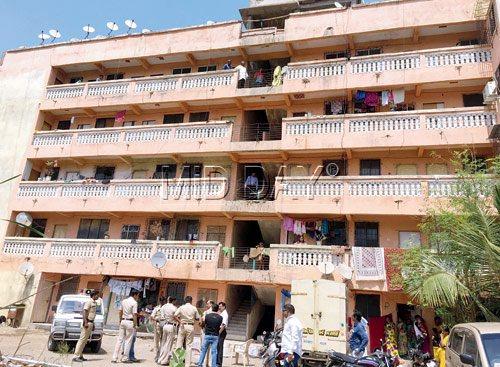 Cops outside the building in Nallasopara where the murder took place. Pics/Hanif Patel

Some time between 9.30 and 10 am, an argument broke out about who is the best footballer. Michael supported Argentina and Barcelona striker Lionel Messi, while Nwabu argued that Cristiano Ronaldo (Real Madrid and Portugal star) was better.

Verbal abuses began to fly thick and fast, and Nwabu hit Michael, who threw a glass tumbler at him in retaliation. The tumbler missed Nwabu’s head and smashed on the wall instead. Incensed, Nwabu picked up a broken glass shard and rammed it into Michael’s throat.

On hearing the commotion, the flat owner woke up and saw Michael lying in a pool of blood. He called the police and the hospital, but it was too late. The Tulinj police arrived at the spot, arrested Nwabu and sent the body for postmortem.

PI Kiran Kabade, from Tulinj police station, said, “We have arrested the accused for murder and are investigating whether the murder was actually the outcome of a minor argument.”

According to sources, all those at the birthday party were Nigerian nationals who were in Mumbai on student visas. They had all been living in different rooms at the B wing of Mahesh welfare society near Agarwal Nagri. The house where the murder took place was on the third floor of the building.