Man rapes teenage girl in Bandra, blackmails her with video

The accused blackmailed her with the purported video and raped her around seven times between June 2018 and January this year. He even took away her mobile phone and earrings. 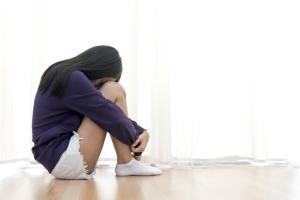 
The Bandra police have filed an FIR against a 25-year-old man for repeatedly raping a 19-year-old girl over a period of eight months. The victim filed a complaint at Vakola police station on Sunday from where the case was transferred to Bandra as the alleged crime was committed at Bandstand.

The victim and the accused both hail from Balrampur in Uttar Pradesh where they are neighbours. However, the victim met him for the first time in Mumbai. While they were all in Balrampur, the accused befriended the victim’s brother last year and after the siblings moved to Mumbai, he also came here. He then met the brother and somehow managed to get the victim’s phone number, said the police.

He then called her to meet him at Bandstand in the first week of June. As soon as she arrived, the accused handed over his phone to a friend and asked him to leave, she said in her complaint. “Both had a long conversation after which the accused took her to an isolated place and raped her,” an officer added. He threatened her against filing a police complaint, claiming he has a video of the incident which he will make viral, she alleged. The accused blackmailed her with the purported video and raped her around seven times between June 2018 and January this year. He even took away her mobile phone and earrings.

She filed a complaint when he tried to contact her again recently. The Bandra police filed an FIR under various sections of the Indian Penal Code.
The accused has fled to his home town. Meanwhile, cops are trying to find the person who recorded the alleged video.