A major portion of the wall of a building compound wall of Loyd Estates, next to Dosti acres at Antop Hill collapses 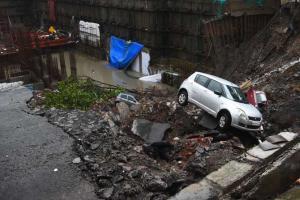 
A major portion of the wall of a building compound wall of Loyd Estates, next to Dosti acres at Antop hill collapsed. When the wall collapsed it took a long 12 parked cars leaving 5 more cars, hanging off the edge. 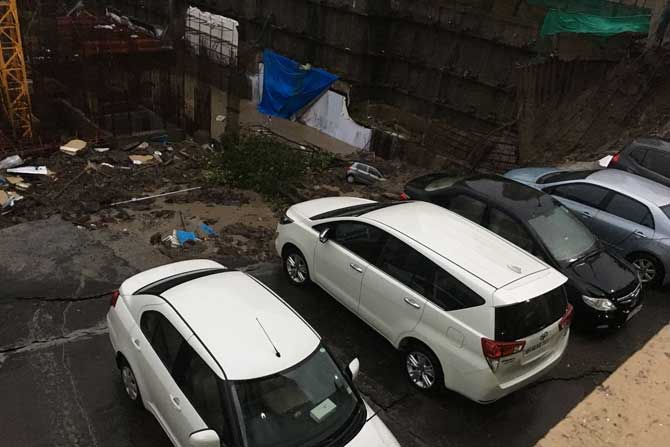 Cars parked at the edge of the portion where the wall collapse. image/ Vinod Kumar Menon

The BMC and fire department has vacated the entire C wing, which houses senior lawyers, judges and businessmen. So far no casualties have been reported. 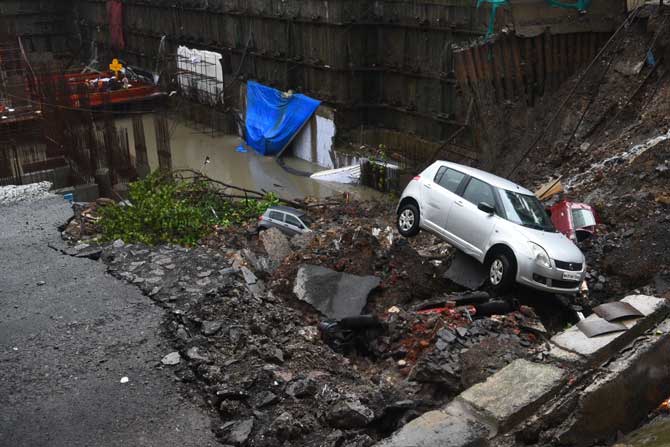 An officer from the disaster control room of the BMC, said, "When the cars caved in because of the effect that the wall collapse took on the next door building, the fire and our officials took a precautionary measure and thus vacated two wings there." 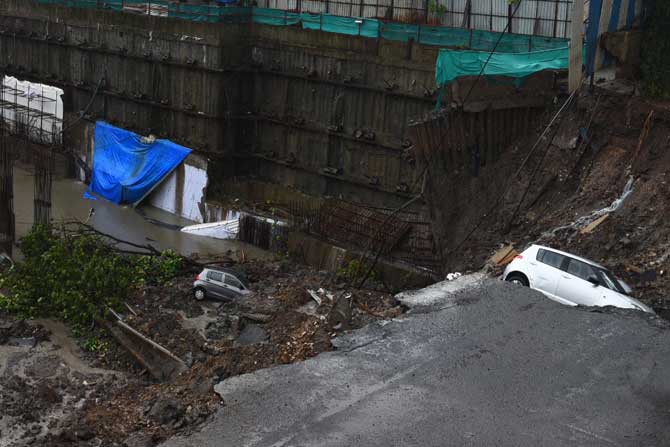 "This is the first extremely heavy rainfall recorded in Mumbai in the current season," he said. The rain intensity has gone up since yesterday afternoon and is expected to continue further, he said. 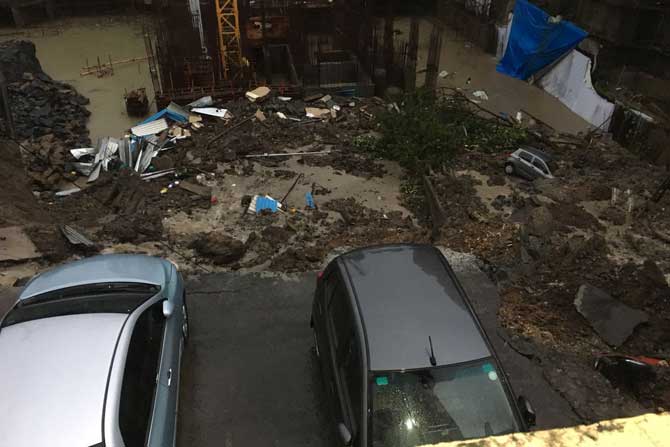 Owing to the heavy showers, several parts of the city, like Dharavi, Sion, Matunga, Hindmata, Malad, Kurla, Andheri subway, Bhandup, Worli and Lower Parel, were flooded with water up to two to three feet, and vehicles got stuck in some places. 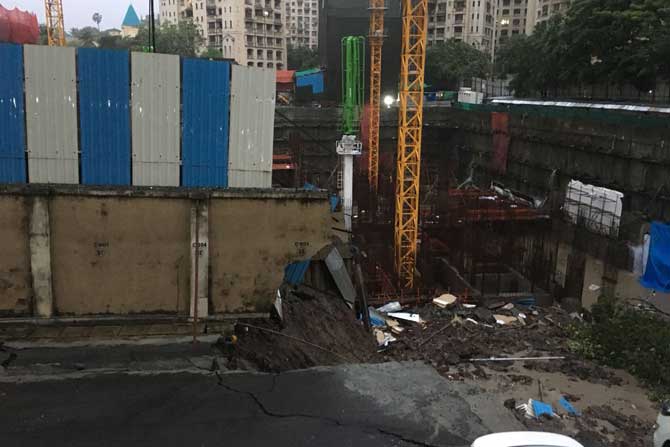 The Western Railway in a tweet said, "WR Suburban trains are running with no disruption. There is slight delay due to low visibility in some areas due to rains." Certain diversions were made due to water-logging on few routes of bus services of the Brihanmumbai Electric Supply and Transport (BEST), an official said.

The IMD has predicted heavy-to-very heavy rain in the city in the next 24 to 48 hours. "These heavy showers are due to a cyclonic circulation over north Konkan and adjoining south Gujarat and another circulation in the Bay of Bengal. We expect the rain activity to increase in the coming week, with scattered heavy to very heavy rain on June 27 and 28 in parts of north Konkan, including Mumbai," an IMD official said.