Thane Hospital gets notice for wasting 138 litres of blood 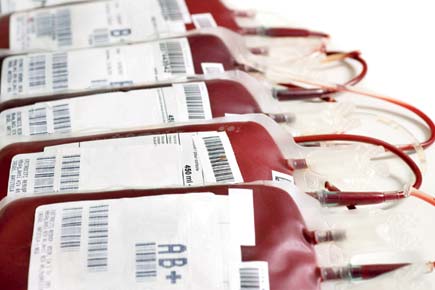 After an RTI filed by a doctor revealed that the blood bank at Thane Civil Hospital had wasted around 138 litres of blood in the past four years, the Central Drugs Standards Control Organisation (CDSCO) issued a notice to it over the irregularity. CDSCO officials issued a warning to control the wastage or face strict action. Hospital authorities, however, said that they have no control over how much blood is collected, or on the amount that might be required, due to which excess is stored at all times, resulting in the expiration of some stock. 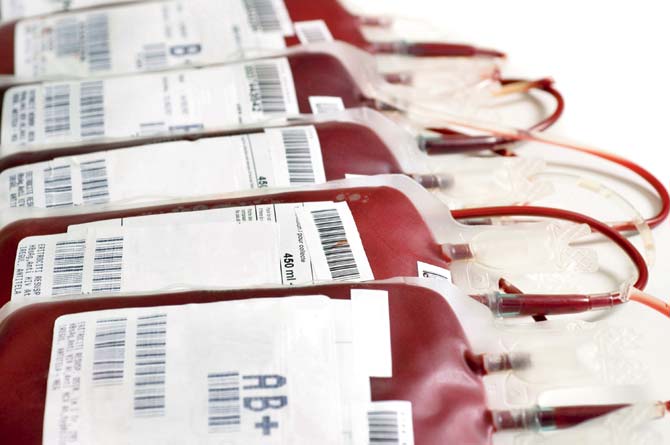 The Blood Bank Officer said there can be emergencies for which the hospital needs to be prepared at all times. This is primarily the reason behind the blood expiry. Pic for representation/Getty Images

The doctor who had suspected blood wastage at the hospital, had filed the RTI query in May. He had inquired about the total collection that took place from January 2011 to December 2014.

“Blood being a life-saving resource, has to be used with utmost care. A blood bank collects it through donation drives and individual donations. And every blood bank has an estimated amount of blood used every month. If they have excess blood, they need to immediately inform other civic or private blood banks and distribute it, so that the needy can get it in time,” said the doctor.

While a complaint was filed with the west zone of CDSCO, K Bangarurajan, deputy drugs controller of the West Zone, pointed out the irregularity to FDA officials of Konkan Region.

The Food and Drug Administration (FDA) officials then issued the hospital officials a strict warning about keeping a tab on the wastage. The same was communicated to the CDSCO officials through a letter.

“A drug control officer visited the blood bank after reviewing the complaint and an explanation was demanded on why the blood was wasted. However, the explanation given wasn’t satisfactory and hence a warning notice was issued to the blood bank,” said the FDA officer.

Hospital speak
Officials from Thane Civil Hospital said they have no control over the wastage of blood, as practically, it is not possible to predict the amount that needs to be stored at all times.

“At no point can we predict how much blood will be needed in the next one month. There can be emergencies for which a hospital needs to be prepared at all times. This is primarily the reason behind the expiry of blood. Secondly, we don’t have control over how much blood will be collected through the drives. Due to this, at times, we have excess at our disposal,” said M Kendre, Blood Bank Officer at Thane Civil Hospital.

He said he had told the FDA official the same thing. Another official said they try and keep in touch with all blood banks, but at times when there is no demand, it remains in the cold storage and ultimately expires.

Next Story : Mumbai: BMC to keep an eye on dumping vehicles via GPS