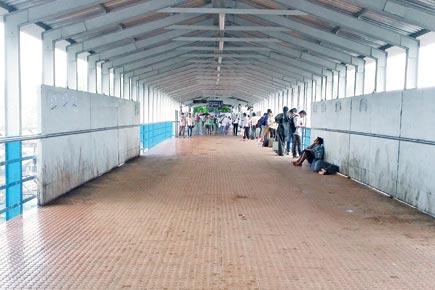 A 7-year-old girl was allegedly kidnapped in her sleep and raped outside the eastern end of Kandivli railway station early on Thursday morning.

Police said the girl is in critical condition at Nair hospital in Mumbai Central. 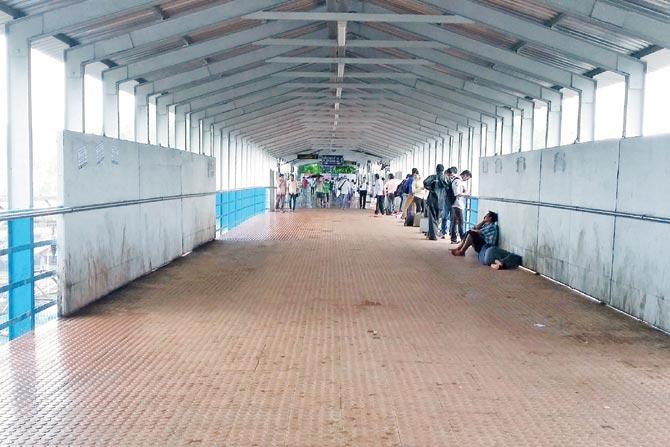 No place is safe: The girl and her parents were sleeping on this foot over bridge when she was kidnapped

Officials said the homeless girl, who lives with her parents on the Kandivli railway foot over bridge, sells toys and balloons outside the railway station to help her family make ends meet.

CCTV footage
The Samta Nagar police said the girl was sleeping on the foot over bridge (FOB) when the accused, who is believed to be around 25 years old, kidnapped her around 6.45 am and took her to a slum near the eastern end of the railway station. The kidnapping was captured on a CCTV camera installed near the spot. The accused raped the girl and fled.

Sub-inspector Kharat of Samta Nagar police station said, "The accused seems like a drug addict and he has been captured on a CCTV camera in the railway station. He kidnapped the girl, took her to a spot near the railway station and raped her before fleeing."

The girl was found crying near the FOB by her parents. They took her to Shatabdi hospital in Kandivli West and doctors asked them to admit her to Nair hospital.

Cop says
PSI Kharat added, "The survivor’s condition is critical and she is in the ICU at Nair hospital. We are taking the help of the CCTV footage to nab the accused, whose identity is yet to be ascertained."

Next Story : 18% students failed in Std IX this year