Govt LTC scheme: Employees may have to spend Rs 1 L for reimbursement

similarly, for getting 10 days reimbursement of leave travel encashment available under LTC package to government employees, an individual will have to spend value equivalent to the encashment to get the refunds. 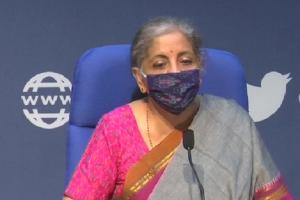 
The government's measures to boost consumption demand by providing more money into the hands of individuals would require a central government employee to spend in excess of Rs 1 lakh to claim leave travel concession reimbursement of just over Rs 30,000.

As per the LTC fare schedule provided by the finance ministry, the deemed airfare (round trip) for a person entitled to travel business class is Rs 36,000 while those entitled for economy class air travel and rail travel (any class) is Rs 20,000 and Rs 6,000, respectively.

What this means is that under the special cash package involving LTC, an individual will have to spend in excess of Rs 1,08,000, Rs 60,000 and Rs 18,000, respectively between now and March 31 to get fare reimbursement as per entitlement for unused portion of LTC.

Similarly, for getting 10 days' reimbursement of leave travel encashment available under LTC package to government employees, an individual will have to spend value equivalent to the encashment to get the refunds.

"The LTC money of government employees to buy consumer goods would dry up those funds for the travel sector. Additionally, it would also send a vote of no-confidence to the tourism travel and hospitality industry which was looking to get back on its feet after 'Unlock'. Since this (LTC) is a 4-year block scheme, it will also cut away funds for future travel demand source for the next year when the LTC block ends in 2021," Federation of Associations in Indian Tourism & Hospitality (FAITH) said, reacting to the government's announcements on Monday.

Central government employees get LTC in a block of 4 years (one to anywhere in India & one hometown or two for hometown). The entitlement for air or rail fare, as per pay scale, is reimbursed and in addition, leave encashment of 10 days (pay + DA) is paid.

The government has allowed reimbursement scheme for LTC as due to Covid-19, employees are not in a position to avail full quota of LTC in the current block of 2018-21. But this additional spending without actual travel involved under the new scheme would give a boost to demand ahead of festival season.

Full tax benefit will be given on full quota of entitlement of fare under LTC while leave encashment would be taxable. The government will amend income tax rules to permit tax exemption on deemed travel expenses of employees.

To allow individuals to get advance payment of LTC claims, it has been decided that an amount equivalent to 100 per cent of leave encashment and 50 per cent of the value of deemed fare will be paid as advance into the bank accounts of employees. The entire spending and claims has to be made by March 31, 2021.

Next Story : SC allows NEET part-2 on Oct 14, for students who couldn't appear