UP BJP to prepare 'cyber sena' to reach out to voters

At a recent meeting of the members and office bearers of the IT cell of UP BJP, vice-president of the saffron party's state unit, JPS Rathore, said 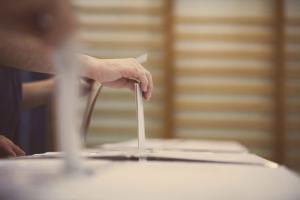 
The UP BJP has geared up to prepare its "cyber sena" for the 2019 Lok Sabha election, with the party hoping to have around 2 lakh such trained social media experts across the state within the next three months.

At a recent meeting of the members and office bearers of the IT cell of UP BJP, vice-president of the saffron party's state unit, JPS Rathore, said, "For the upcoming general elections to Lok Sabha in 2019, we are preparing cyber sena across the state, and at every polling booth, there has to a cyber yodhaa (cyber warrior)." The IT kaaryakartaas (IT cell workers) of the party had come from different parts of the state.

"The internet and social media have become an effective and efficient tool to take various welfare measures to the masses. They have also evolved as a viable medium to communicate the party's thoughts to the masses. The party is mulling to prepare an army of 1.5 lakh to 2 lakh trained workers across the state," Rathore told PTI.
Rathore exuded confidence that the "trained workers will be ready in the next three months."

When asked whether this army has been made specifically for the 2019 Lok Sabha elections, Rathore said, "The party always remains in an election mode. As soon as one election gets over, we start preparations for the next. Election preparation and creative work for the organisation continue simultaneously."

He said that keeping in mind the parliamentary elections, social media can play an important role in spreading awareness among people who are 18-year-old or more to enrol themselves as voters. "For the 2019 Lok Sabha elections, we have to constitute a social media team at every polling booth, which will become an example for other state units of the party," he told the IT cell workers.

Social media will be extensively used for implementation of various programmes pertaining to the organisation, social integration and dissemination of information pertaining to various schemes of the Centre and state government, he said.

Rathore also said that the trained workers will be used to link new voters with the party. "They will make efforts to ensure that names of genuine voters are in the voter's list, and that no fake voter's name exists on the voter list," he said. Head of IT cell of UP BJP Sanjay Rai while interacting with the IT workers of the party said, "Cyber warriors have to approach every citizen with a new strategy, while ensuring that information pertaining to various schemes, policies and achievements of the Centre reach the voters."

He also said that efforts should be made to reach to various educational institutes and link students supporting the BJP through NaMo app and with the state party unit's IT cells.

"The creative thoughts of the students must be used for expansion and development of the party," Rai said. The UP BJP's IT cell chief also said that party workers can enrich themselves through the NaMo app, and also spread awareness among people in their vicinity. "Camps will also be organized to link new supporters through NaMo app," he said, d adding that the re-constitution of the IT cell is likely to be done by July 10. Anoop Gupta (secretary of UP BJP) said that the IT department will be strengthened for the 2019 Lok Sabha elections and it will be made more hi-tech.