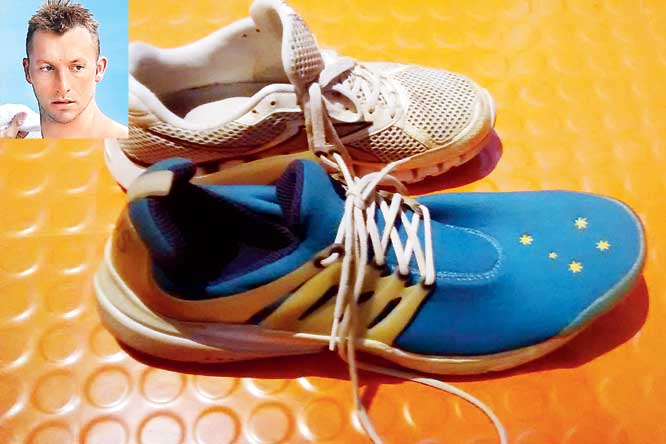 
The museum at the Melbourne Cricket Ground (which hosted the 1956 Olympic Games) has Australia swim legend Ian Thorpe's shoes that came to them by accident. "It so happened that the Australian Olympic Association had asked its sponsors, Nike, to design the kit for the Sydney Olympics contingent and so a Size 17 pair was prepared for Thorpe. 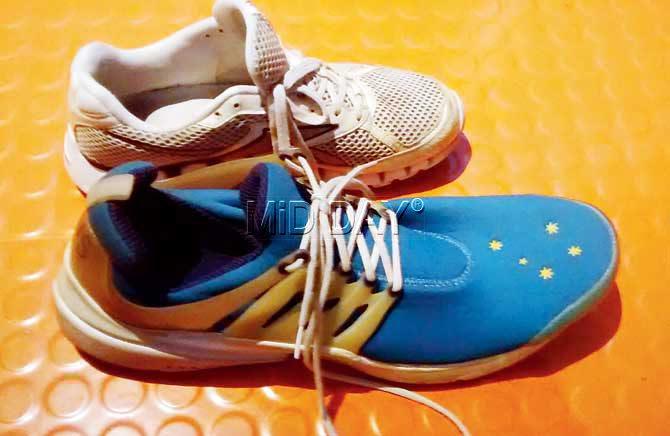 However, Thorpe was at the time contracted to Adidas and so couldn't wear these shoes and they quite unexpectedly came to our museum," one of the museum staff members told mid-day here yesterday. The enormity of Thorpe's shoe (see picture) is evident when placed beside a regular Size 9 shoes. Thorpe won three gold medals at the Sydney Games. 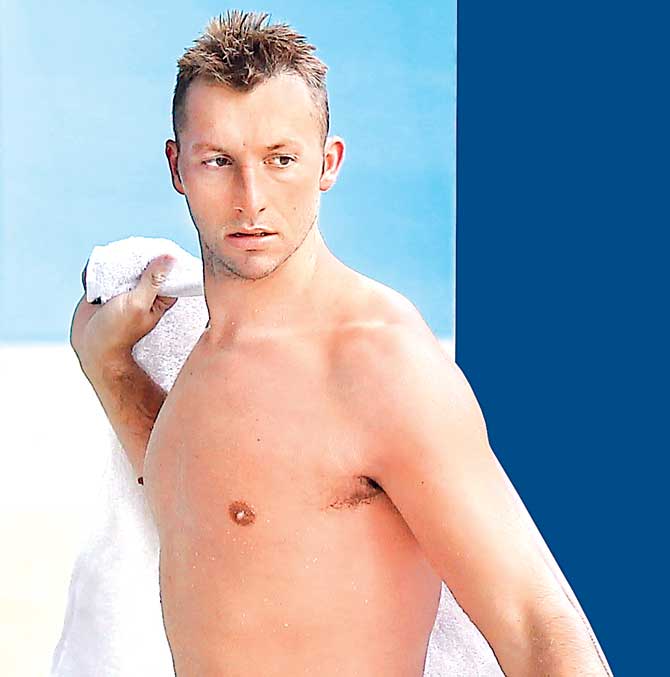 Full team for optional practice
The entire Indian team turned up at the Melbourne Cricket Ground yesterday for what was an optional training session. The Indian team landed in Melbourne on Monday evening and players were given the option of resting considering their hectic travel schedule at this World Cup. However, all 15 members turned up for an intense fielding session.

There was talk that skipper Mahendra Singh Dhoni would not show up, and his initial absence had some claiming that he wanted to prove a point because a few days back, at the post-match press conference in Auckland, he had expressed his unhappiness about the amount of travelling involved. However, Dhoni strolled in a few minutes later and the world champions trained in all seriousness.

MCG tourists surprise Dhoni & Co
India training session was at the main MCG ground yesterday and not at the net area outside, which is normally open for public viewing. So the cricket-loving public could not watch the Indians train. However, a bunch of cricket enthusiasts, who had signed up for one of the daily MCG tours, wherein a guide takes you around the iconic venue (for AUD 20) got a glimpse of MS Dhoni & Co.

Expecting no spectators, the Indian players were understandably surprised when the entire group cheered for them. The fans yelled out to Virat Kohli, who happily waved back and even did a little jig for them.

Umpires' chat to go on air
Cricket fans watching the knockout stage of the World Cup on TV will be privy to all communication between the umpires and match officials during umpire referrals, consultations and DRS decisions, the International Cricket Council said yesterday. "Umpire communications during decision-making will be available to the host broadcaster, Star Sports, to put to air for the quarter-finals, semi-finals and final of World Cup, which will be played between 18 and 29 March," the ICC said in a statement.

"The ICC held a successful trial of the same during the ODI series between Australia and South Africa in November 2014," the statement added. The move should reduce the suspense between pending decisions as viewers can now gauge the outcome of the call faster as they will be able to hear what the umpires are
discussing.

Next Story : Tough at MCG, but Ashwin-Jadeja are intelligent, says Fawad Ahmed