Much before Virat Kohli and his team went down to Australia in the opening Test at Pune last week, the focus had already turned to what the pitch at the Chinnaswamy Stadium 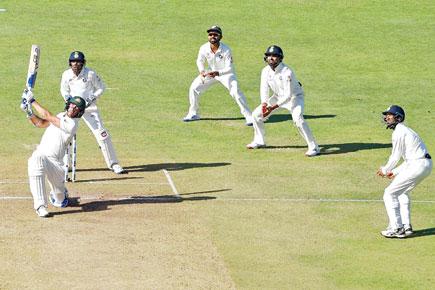 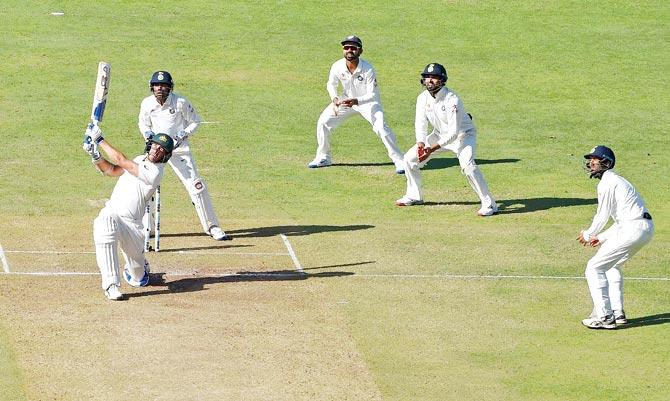 Bangalore: Much before Virat Kohli and his team went down to Australia in the opening Test at Pune last week, the focus had already turned to what the pitch at the Chinnaswamy Stadium, where the second Test begins on Saturday, would offer. Would it assist spin, would they dare to make another turner or would it play low and slow to the Indian team's liking, or would it assist the quicks as it has done at times.

These were few questions doing the rounds. But the simple fact of the matter is that the Bangalore centre has rarely been known to throw up an interesting pitch and there certainly is no 'typical Bangalore' wicket.

Pacers, spinners will thrive
For this is a pitch on which the great fast bowler Imran Khan once refrained from bowling in the second innings, allowing his spinners to do their thing instead. That was in 1987. Twenty years later, against Pakistan again, India's leading wicket-taker Anil Kumble, left his leg-spin aside and bowled medium pace, thus showing his disgust at the slowness of the track. Pakistan won the earlier while the Kumble Test was a draw.

Also Read: I talk sense so Australians listen to me, says Sridharan Sriram

In between the touring Australians twice pulled off wins, the first in 1998 when they won the dead rubber (India had already won the 3-Test series) with Michael Kasprowicz striking. The Indians made 424 in their first innings, showing that it was a good wicket to bat on, Australia replied with 400. That's when Kasprowicz turned it on, a magical haul of five for 28 sending the Indians reeling for 169. Had it anything do with the pitch crumbling? Certainly not. And the Australia romped home to a win, making 195 for the loss of just two wickets.

Then in 2004, Michael Clarke, now in India as TV pundit but then on his debut, slammed a maiden century to set up another Australia win, eventually leading to a rare series win too. Scores of 474 and 228 by the Aussies to which the Indians replied with 246 and 239 meant that at no stage was the pitch 'Punesque' in nature.

Bowl-first wicket
To make it more intriguing, this is one venue where teams winning the toss have chosen to bowl first, something which is almost unheard of in India. The local state team, Karnataka, with a good crop of pacers in their midst, have almost always bowled first for the pitch is known to have something in it for the bowlers on day one and thereafter it becomes a batsman's dream. Even Virat Kohli invited the South Africans to bat first in the last Test played here in November 2015 but then it
wasn't his pacers but spin twins R Ashwin and R Jadeja who bagged four each, to bowl out the visitors for 214 on
Day One.

Heavy rains ensured there was no play on the rest of the days and so everyone was left wondering as to how the pitch would have behaved on Day Two and Three. Since then a multi-crore rupee project has been undertaken to ensure rain delays are minimized but the centre square has not been disturbed.