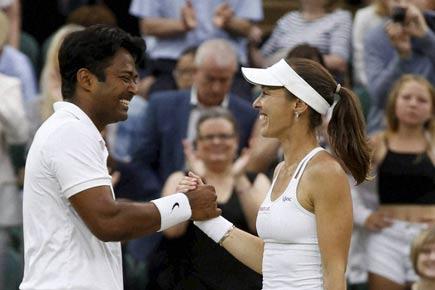 
Paris: Leander Paes and his Swiss partner Martina Hingis have completed a 'Career Slam' in mixed doubles after they beat second seeded Sania Mirza and Ivan Dodig in an exciting French Open final at Roland Garros on Friday.

Paes-Hingis came from behind to beat Mirza-Dodig pair 4-6 6-4 [10-8] to clinch their Career mixed doubles Slam -- winning all four Grand Slams over the course of a career.

In the semis, Paes-Hingis had beaten sixth seeds Andrea Hlavackova from Czech Republic and Frenchman Edouard Roger-Vasselin 6-3, 3-6, 10-7 to set up a clash with second seeded Sania Mirza and Ivan Dodig. 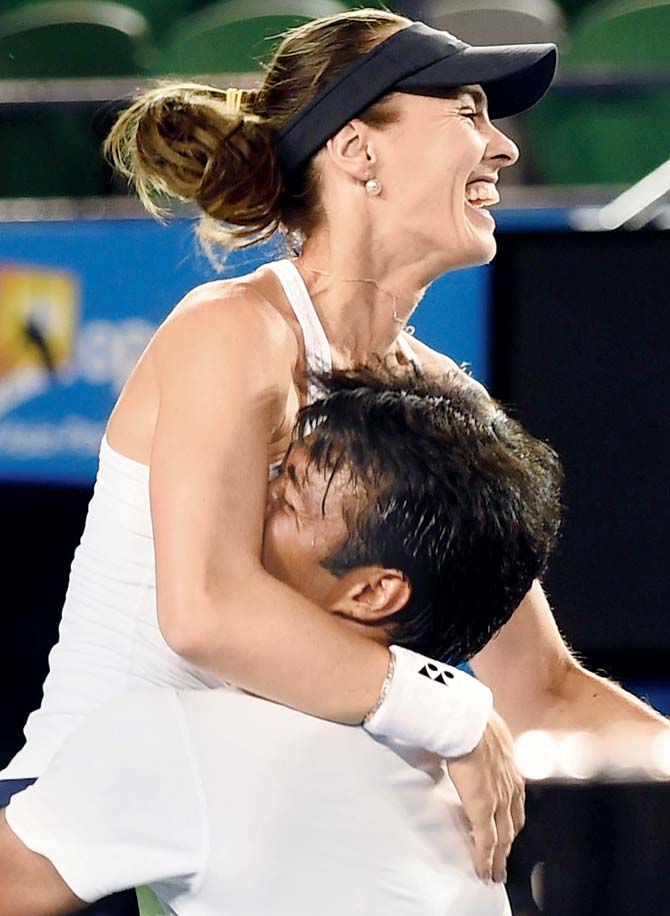 The Indo-Croatian pair had beaten third seeds and local favourites Kristina Mladenovic and Pierre-Hugues Herbert 4-6, 6-3, 12-10 in a thrilling semi-final contest.

Earlier in the day, unseeded Paes and Hingis scored a dominating 6-4, 6-3 win over fifth seeds Elena Vesnina and Bruno Soares in the quarter-finals of the clay court Major.

Paes and Hingis are the winners of Australian Open, Wimbledon and US Open in 2015.

Sania and her Croatian partner Ivan Dodig, seeded second, overcame a mid-match lapse to beat the seventh seeded Yung-Jan Chan and Max Mirnyi 6-1, 3-6, 10-6 in their quarter-final.

Sania last won a mixed doubles Grand Slam trophy at 2014 US Open with her then partner Soares. While Paes has nine mixed doubles crowns, Sania has won three in her career.

Paes already has the 'Career Slam' in men's doubles.