Home > Sunday Mid Day News > A day at the museum

A day at the museum

An attempt to reach out to those interested in the arts, but isolated by the lockdown, is now an oral documentation project encouraging you to draw or write about your favourite memory from a museum

Nine-year-old Kabir Saini sketches memories from his visit to the Birla Science Museum in Hyderabad. "I was awestruck by the giant creature [16 feet]. Although almost 150 million years old, it is in a perfect condition. Imagine how many candles he would p


For Poulomi Das, childhood was a walk in the museum. Her parents, renowned art historian Dr Asok Kumar Das and textile historian Dr Syamali, lived and breathed inside the four walls of museum spaces. It was but natural for Das to follow in their path, but she admits doing so reluctantly. "To me, museums seemed to function like ivory towers. I found them intensely boring—a place that had wooden-glass showcases with a lot of dead objects," says Mumbai-based Das, who is a consultant in the museum and heritage sector, and has over 20 years of experience in research and documentation of Indian arts, textiles and heritage. Strongly of the belief that "museums in India are governed by decadent colonial laws and are highly structured and sometimes even feudal, where the visitor is, sadly, not central to their vision and existence," Das has yearned to make them fun, inclusive and accessible to all.

The opportunity, she says, came when the lockdown was announced in March. As visiting faculty at a few design schools in the country, she was aware of how some of her students, who were living with depression, were having it rough during the forced isolation. "I was feeling helpless and claustrophobic myself," she recalls. On a whim, she put out a video on her art and heritage blog in April, asking people to share their favourite memory of any museum in the world. "The idea was to reach out to those who might have been forgotten, are isolated, depressed and lack access to museums or heritage sites. By opening up an undiscovered space, I wanted to give them something to look forward to in the future," says Das. 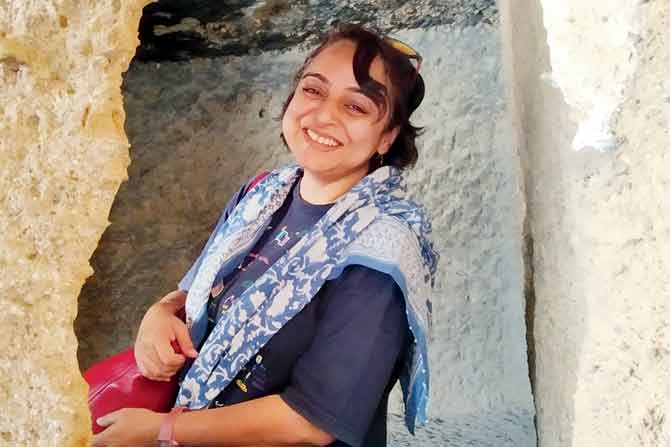 With over 40 entries, 23 of which have already been published on the Instagram page @varnikadesigns, Das-s oral documentation initiative, Museum Memories Project, has now taken on a life of its own. So much so that she has now decided to dedicate a website to her passion enterprise, which will serve as a multi-media archive and go live in August. Designers Ashwini Parihar and Manu Srivastava are designing the website including its visual language and identity.

Through artwork, audio-visual recordings, photographs, prose and poetry, contributors to the project have been delving into memories of museums they visited, and what they cherished or didn-t. One contributor, Aditi Bhatt, has shared sketches from her visits to the havelis of Mandawa, Rajasthan. She illustrates a room with a window with vertical bars facing the courtyard. "My dad and I looked through the window and pretended as if my mom had captured us inside, while she clicked a picture," shares Bhatt. Nine-year-old Kabir Saini remembers his visit to the Birla Science Museum in Hyderabad, and being awestruck by the magnificent Kotasaurus. He reimagines the trip in his drawings. In a yet to be published memory, Richard Alford, former secretary of the Charles Wallace India Trust CWIT and former director, British Council, writes about the Galleria Borghese in Rome, Italy, which he admires not just for its richness in collection, but its location and modest size. "The Galleria contains the art collection of Cardinal Scipione Borghese 1577-1633, which includes masterpieces from both North and South of the Alps. In 1644 John Evelyn the English diarist described the collection as -an Elysium of Delight-. It is indeed full of delights, but with only 20 rooms, visitors aren-t exhausted by either the quantity of impressions or the ground that must be covered," Alford writes. 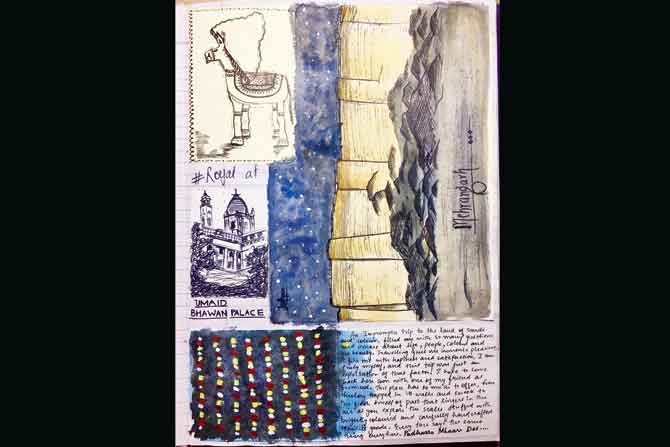 Textile Designer Pragati Singhal who visited Mehrangarh and its museum in Jodhpur, remembers the site in a series of drawings. “History is trapped in the walls, the streets smell of the fresh past,” she says.

Das says that through the project, she wants people to look at this otherwise, rarefied "structure [museum], and deconstruct it for us." That most museums, especially in India, do not have an online presence, also meant that the experience had been denied to a new and growing tribe of young consumers of the world wide web. Creating an online repository of information on and about museums from New York to Paris and Jaipur, she says, will help erase boundaries that define these spaces.

Send your memories to museummemoriesproject@gmail.com

Next Story : Do Mumbais hospitals need surgery for a post-COVID?