Home > Sunday Mid Day News > How I survived the lockdown

How I survived the lockdown

Offering them an imaginative avenue of expression and information, by-the-students, for-the-students publications of city schools are playing a critical role during lockdown 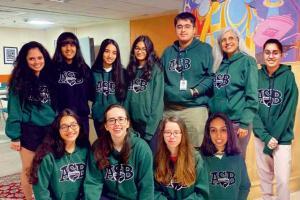 
If local news is about finding and telling stories of those around us, the team behind C'est la Vie has got it right. Unlike the first edition of the French magazine which looked outward, discussing the 2000 Paris agreement that hoped to bring together nations in a collective fight against climate change, the next edition, due this month, looks onwards, straight into the lives of those who make it, and read it. Run by 17-year-old editors, Utsah Thakur and Diya Jain, the in-house publication of the DY Patil International School in Worli is teaching the students a thing or two about being autonomous, resourceful and vocal. Sheetal Ramkrishnani, their French professor, says it started as a project to help hone language skills, and encourage the students to research and discuss global trends, whether Europe's take on the climate crisis or the stereotypes associated with French fashion. But, when the pandemic disrupted life as the kids knew it, the magazine became their choice of expression. A whole issue dedicated to lockdown stories is what the editors planned. "Students are missing their classmates, teachers and the physical school setup in general. They want to come back to their normal selves, but they are taking this tough challenge in their stride," she says. Instead of world politics and the recipe for cherry galettes, the team decided they'd allow the students to turn the lens on themselves, turning narrators and photographers despite being restricted to their homes. The result: a whole issue packed with quarantine articles, including how to stay fit despite restricted movement, taking care of the eyes given the daily online classes, keeping abreast with the latest in digital technology, and a fun section on memes, poems, comics and games. "A classmate has written a piece titled, Confinement, which discusses various ways in which to preserve mental health," Thakur adds. 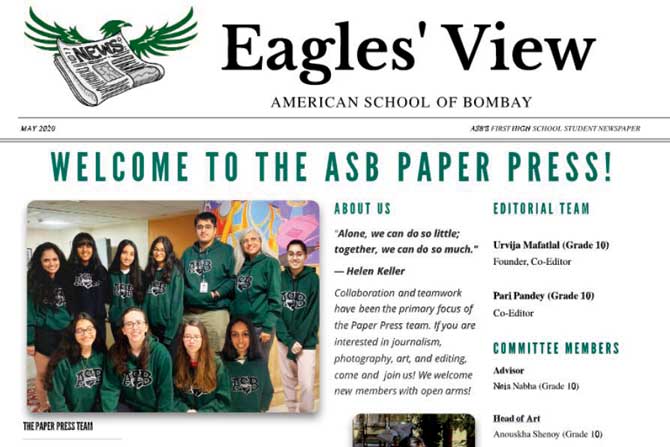 The next edition may have a different theme, but the editors are keen that they include a "lockdown section" in every issue going forward. "We realise that despite the information overflow on the pandemic, we cannot ignore it. Allowing students to write about it, will help us feel a sense of unity of being together in a crisis marked by isolation," says student Neil Gandhi. Ramkrishnani says her favourite article in the issue is titled, La Rentrée. "In French, it means the first day of school. In France, schools reopen in September after the summer break. This time, it was delayed due to the lockdown. The return is going to be demanding on the students, but change is inevitable, and we have to embrace it."

According to a UNESCO estimate, nearly 321 million Indian children were asked to stay home in March. Five months later, they continue to remain away from classrooms and have been advised distance learning. Child psychologists, time and again, have argued how even in the darkest times, there are opportunities to shine. Lamia Bagasrawala, a psychotherapist, agrees. "Right now, there is a sense of uncertainty, a feeling of not being in control. Children and adolescents rely on external structures and systems for their routine. With school, play time and tuitions, they know what their day is going to look like. But with all of this now missing, there is a sense of confusion. And so, it's not surprising if this age group responds with intense emotions like anger and loneliness." 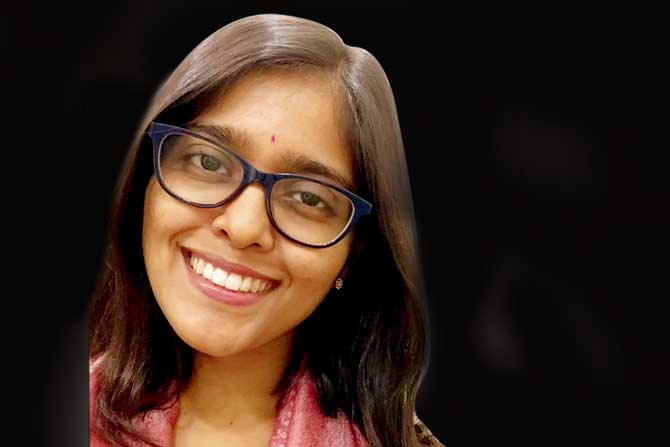 But, Bagasrawala says that unlike adults, adolescents bounce back easily. They focus on the here and now without worrying too much about the abstract future. "They respond to tough situations with a lot more courage. In my experience, children and adolescents from different socio-economic backgrounds, have been emerging from the lows of the pandemic well after they found avenues to express themselves. When a school gives its students a publication to put out, it is offering them an emotional outlet."

Students at The American School of Bombay (ASB) in BKC are introduced to journalism practices, graphic design and digital marketing while working on their in-house newspaper Eagles' View. Apart from enhancing the traditional reading experience, the project also gives them a chance to apply learnt skills outside the classroom. The first edition was launched in May, bang in the middle of lockdown, say its editors Urvija M and Pari P. The group includes 14 students divided into the Editorial Team and the Paper Press Team. "In the special second edition, we hope to capture how the diverse multicultural school community connected and changed during the lockdown," adds Pari.

The Paper Press Team has the freedom to be creative with its voice, while the Editorial Team shares recommendations, requirements, and revisions. And it's not just the students they are covering, but the faculty too, including the hurdles they overcame while switching to a 100 per cent virtual teaching module. "In the upcoming edition, stories of our teachers, Mr Sinclair and Ms Fish, are moving. Getting a glimpse into the lives of our expat teachers during lockdown as they now work from home countries, has been most interesting," Urvija thinks. 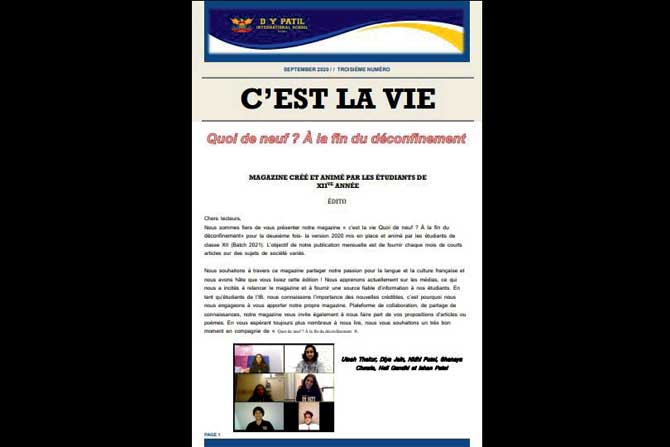 The upcoming edition of C'est la Vie imagines life after lockdown, when schools will reopen and students will have to embrace the new normal

The teams are currently in the process of curating the second edition of Eagles' View and its theme is "potentially happiness as reflected by our community".

Not being able to meet physically during the lockdown, also meant that the editorial teams had to find new ways to collaborate. "I don't think the virtual platform has been a restriction, in fact, contrary to it, I think it has opened up opportunities. Before the lockdown, my co-editor and I would stay back in school for hours compiling all the articles. The virtual world allowed us to meet even late into the night," Thakur says. 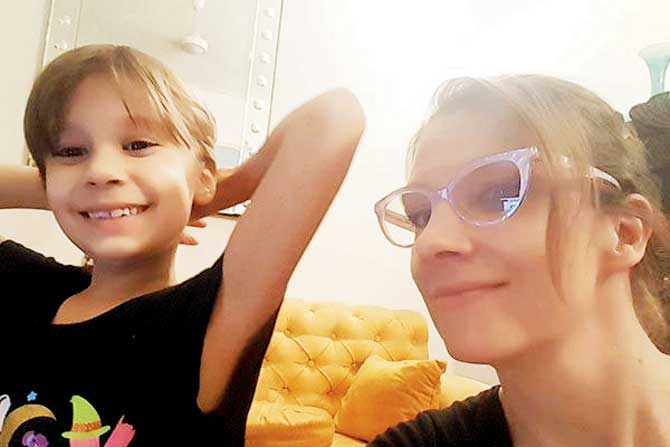 Born in Britain, Leela Sivasankar Prickitt is of Indian and American heritage. "So, I travel with a lot of passports!" the eight-year-old says. It also means that she can potentially play football for three countries, and is interested in what's happening in half the world. "Since my parents are journalists, news is discussed a lot at home."

And it's news that Leela and her mother Lyndee turned to during the lockdown, launching a podcast called Newsy Jacuzzi. "Since the pandemic meant I wasn't going anywhere in summer, I thought why not start a podcast," Leela says.

Every week, the Delhi-based mother and daughter team records a new episode, releasing it on Wednesdays. "We're also pretty passionate about getting to know people—young and old, and more interested in what's happening all over the world. We work hard to make the complicated more simple, the seemingly dull pop with life and have as much fun as possible while we are at it," says Lyndee, a journalist with Reuters.

With 11 episodes already out, the duo says their focus remains global problems, and not just the pandemic. "We make it more fun to engage kids. We discuss the emotions they are feeling in the lockdown, in the most simple manner, and also keep them up-to-date with world news."

Next Story : The first leap