If you thought no one could beat Sonu Sood for his role in sending thousands of migrants home, meet an Australian expat who has helped 2,000 people reach Melbourne from India 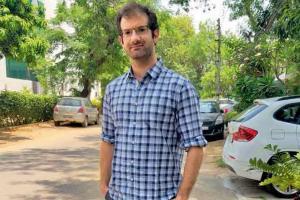 Simon Quinn, a 32-year-old PhD student from Australia, has been studying Sanskrit in India since 2017


With a one-way ticket in hand, Australian couple Chloe Dimopoulos and Ben Munro arrived in India on March 12, hoping to travel the country, and then the world. When the recent graduates reached Jaipur, Chloe was overcome by a fever, bodyache and chills. On March 16, they were in a public hospital trying to get a COVID-19 test. What they thought would be a two-day-long wait for results, turned into a harrowing experience that lasted three weeks. "There was hostility towards foreigners at the time. The hospital staff refused to let the couple leave. Interestingly, they had tested negative twice. It was unfair to confine them," remembers Simon Quinn, an Australian expat living in India since 2017. It all went south from there after Prime Minister Narendra Modi announced a nationwide lockdown on March 24, to halt the spread of the Coronavirus infection. "And, there must have been about 20,000 more people stranded in different corners of India, desperate to return to Melbourne. I wanted to help them," Simon, 32, adds.

When you think of someone to arrange an airlift of thousands stuck in a foreign country, Simon will not be your first choice. But then again, the year 2020 is full of surprises. Kindness is coming from the most unexpected places. "Anxious messages started flooding a chat forum that I am part of, dedicated to Aussies travelling in India. Some wanted urgent medication and supplies, others wanted to get a COVID test, few were cast away in remote areas." Simon, a PhD student living in Gurgaon, is studying Sanskrit at Delhi's Rashtriya Sanskrit Sansthan. Being married to an Indian woman meant he had hands-on training in Hindi; he also teaches English on the side. Crisis management, however, has never been his subject of interest. "While the governments of other countries had started measures to bring back their people, the Australian government was seemingly struggling. The Australian High Commission in Delhi was negotiating with airlines, but that was not going too well. Even if they did manage to get people on the flight, the tickets were going to be very expensive. This is the problem with the geography—if you have to go to Europe, you can fly directly with one crew."

On March 28, Simon took a leap of faith and launched an open-access spreadsheet on WhatsApp for Australians to register their details. "Most Aussies in India are of Indian heritage. So, they were familiar with the local language and had their families around. Those facing major challenges were foreign tourists. They were stuck in hotels; some of the hostels had shut down. There was this one guy who was in the hills in Tamil Nadu and there was no way for him to get out."

Simon created a group on Facebook called Australians Stuck in India, where he started to speak to them individually. When things got out of hand, and thousands of messages started pouring in, he created an army of expats across India to use their assistance. "Meanwhile, we advertised our WhatsApp group on the Australian High Commission website, and more distressed people got in touch with us. I had been liaising with someone at the High Commission and asking them about the efforts made to organise flights. I would then communicate this information on the WhatsApp and Facebook groups." 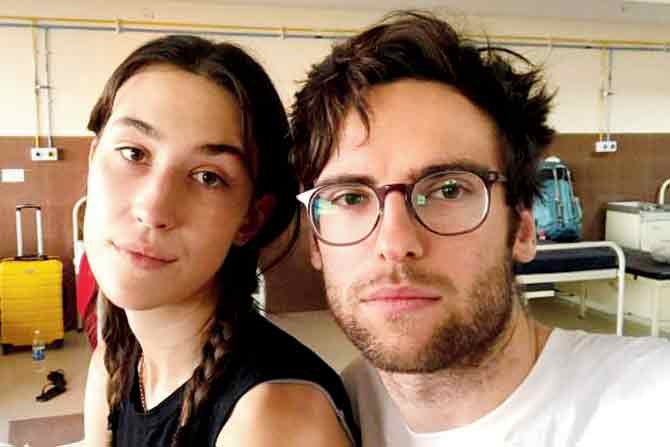 The Indian government banned international flights from India even before the lockdown was imposed. So, Simon explored charter flights. "I found Brendon Hempel, who runs a Melbourne-based charter company Stratos Group Aviation. He was chartering planes from China to Australia to transport medical equipment. I asked him if he could do the same with passengers. With Hempel's help, we got in touch with Lion Air."

Simon then asked the High Commission if it would support them. "It wouldn't have been possible without their representation. They needed to lobby the Indian government to get the necessary permissions," he says.

By the second week of April, the group managed to secure permissions from the Directorate General of Civil Aviation (DGCA) and the Ministry of External Affairs (MEA). "But this was only half the battle won. Now, we had to get people to the airport. At that time, the permit system for local travel was chaotic. There was a lot of confusion between the central government and the states. It was only when the High Commission identified stranded Australians and gave their names to the Centre, that the list was passed on to the various state governments. This is how we got 440 of them to Delhi airport, and they sat on their first flight to Melbourne on April 12. So much could have gone wrong, and so much did, but we pulled this off. The most rewarding experience for me was when Chloe and Ben made it to this first flight to Melbourne. I won't forget that moment," he remembers.

On April 16, another charter took off. Barry O'Farrell, Australia's High Commissioner to India, tweeted: "Another charter, JT2846, supported by the High Commission, took off from Delhi for Melbourne with 425 passengers. It was organised by Australians led by Simon Quinn. Thanks to the Indian authorities for facilitation."

While Simon has received no material reward, the Facebook page he started is now flooded with messages, this time, however, with thank yous. He is deemed 'Australian of the year' and 'people's hero' by his new fans. "In April, we managed to arrange five flights—three from Delhi, one from Mumbai and one from Chennai. A total of 2,000 people were sent home. After this, the Australian government had stepped up its efforts, so we could take a backseat."
In the second week of July,

Simon decided to leave India. Soon after he landed, the Australian government introduced a cap on international arrivals at Sydney Airport to ease Coronavirus quarantine demands. Simon continues to operate the Facebook page, by posting informative videos to reach out to stranded Australians. "I am assuming that at least 5,000 people are still stuck in India. Their last hope is with Air India as it has just announced that it will resume flights to Australia," he signs off.

Next Story : Are you in love, with yourself?