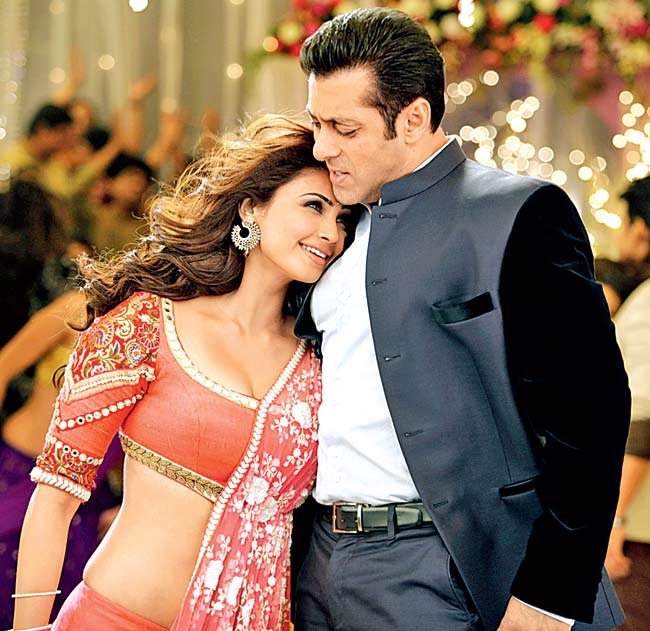 "He (Salman) has seen the trailer and he has liked it. He has said I am looking fitter, sensuous and sexy," Daisy told PTI.

Daisy is in constant touch with the 'Dabangg' star and often seeks professional advice.

"I made my debut with him. So, in a way I am his protege.

I do talk to him regarding whatever problems I have... Whenever (I am) in dilemma I go to him. I keep him in the loop. He is a great support," she said.

The choreographer-turned-actress heaped praise on Salman.

"He is a great human being, a gem of a person. He doesn't think before helping anyone. He is a messiah. He is truly 'being human'. He does a great job of helping people, not only for those in this profession but for the society," she said.

According to Daisy, Salman's strength is his family.

"His family has been supportive, not only of him but everyone around him. I adore his family," she added.