The TCA is the design house's second attempt at building a sports car and will be limited to just 299 units worldwide! 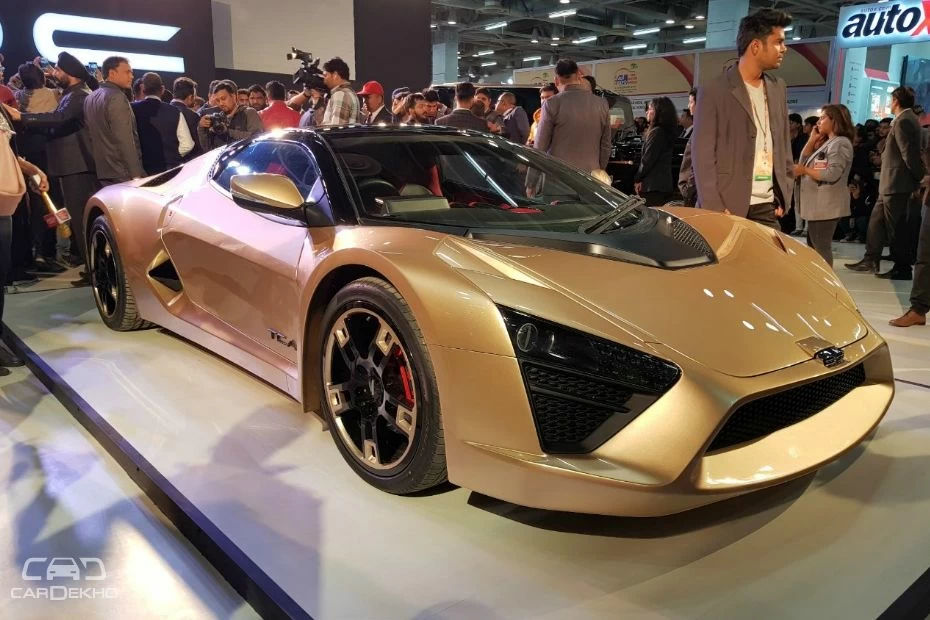 DC showcased the TCA sportscar at the Auto Expo 2018 today. It is the second sportscar from the Indian design house after the Avanti, which was launched three years ago. The letters 'TCA' stands for 'Titanium Carbon Aluminium', which are the materials used in the construction of this car. The TCA will go on sale later this year as we're expecting deliveries to begin from October 2018. The TCA is expected to be priced around Rs 45 lakh in India.

DC says that the car's design is inspired from the Ferrari LaFerrari and the Pagani Zonda. However, the TCA looks more like a beefed up version of the Avanti. It gets a similar front fascia with triangular headlamp housings and a large air dam. The rear looks much more exciting with the sloping black roof and connected taillamps.

Step inside the car and you will realise that the interiors draw inspiration from the Pagani Zonda. It gets a red and black interior with carbon-fibre finish on the dashboard, door trims and the transmission tunnel. The flat-bottom steering wheel too looks like the one seen on the exotic supercar. Elements such as the digital instrument cluster and the infotainment system on the centre console give the TCA's cabin a futuristic look.

Like the Avanti, the latest DC sportscar too features a mid-engine layout. The 3.8-litre motor is EuroVI-compliant and produces 320PS of power. All of that grunt is sent to the rear wheels via a 6-speed automatic transmission.

Although DC did not reveal much about what it plans to do with the TCA in the Indian market, it did mention that the TCA will have a limited production run of 299 units.