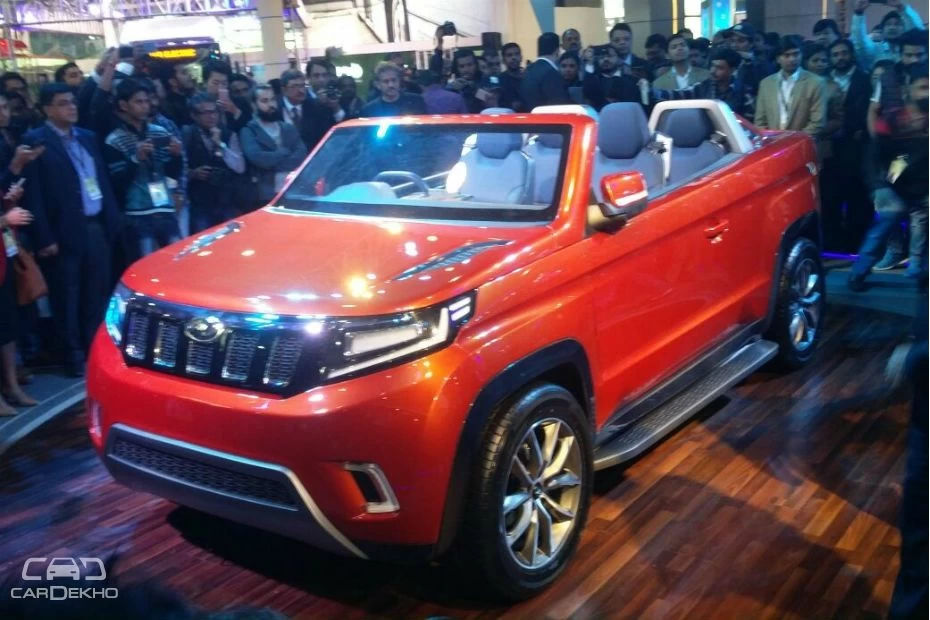 While most carmakers are flaunting their upcoming electric vehicles and future technology at the Auto Expo 2018, Mahindra has decided to surprise visitors by also showcasing the Stinger, a sub-4 metre convertible SUV alongside its upcoming EVs at India’s largest auto show. The drop-top SUV is based on the TUV300’s platform. However, it features a more radical design than the TUV.

Mahindra is still studying the feasibility of a convertible SUV in India. The company says that it will gauge the media and visitor reaction and might preside upon the fate of the TUV Stinger. This is not the first time that Mahindra has pulled a rabbit out of the hat as it showcased the XUV Aero concept at the previous edition of Delhi Auto Expo. The company received a tremendous response and a lot of enquiries for the coupe-like SUV. Also Read: Mahindra Debuts Rebadged Rexton At Auto Expo 2018 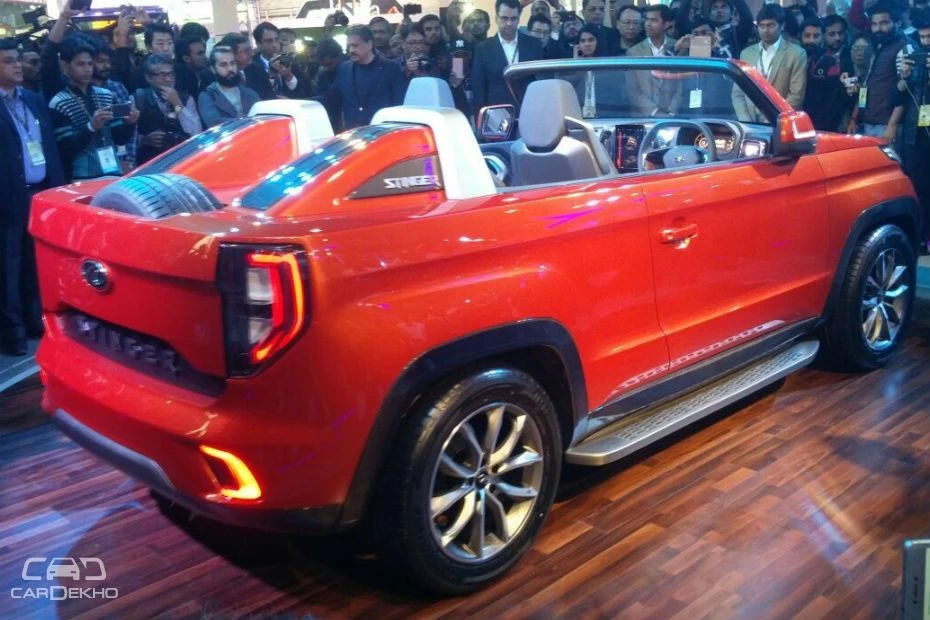 Like the TUV300, the drop-top SUV will be based on a ladder frame chassis and is expected to be equipped with derivative’s of its existing engine lineup. We expect it to feature the 1.5-litre, 3-cylinder mHawk100 diesel engine that pumps out 102PS of power and 240Nm of peak torque found under the bonnet of the TUV. However, it is still uncertain if the convertible SUV will be put into production.