On the occasion of the birthday of the India's Prime Minister Narendra Modi, during the Seva Pakhwada being celebrated, educational material ranging from school dress to copy book was distributed among 1000 children of slum in Chandivali by BJP Mumbai today. 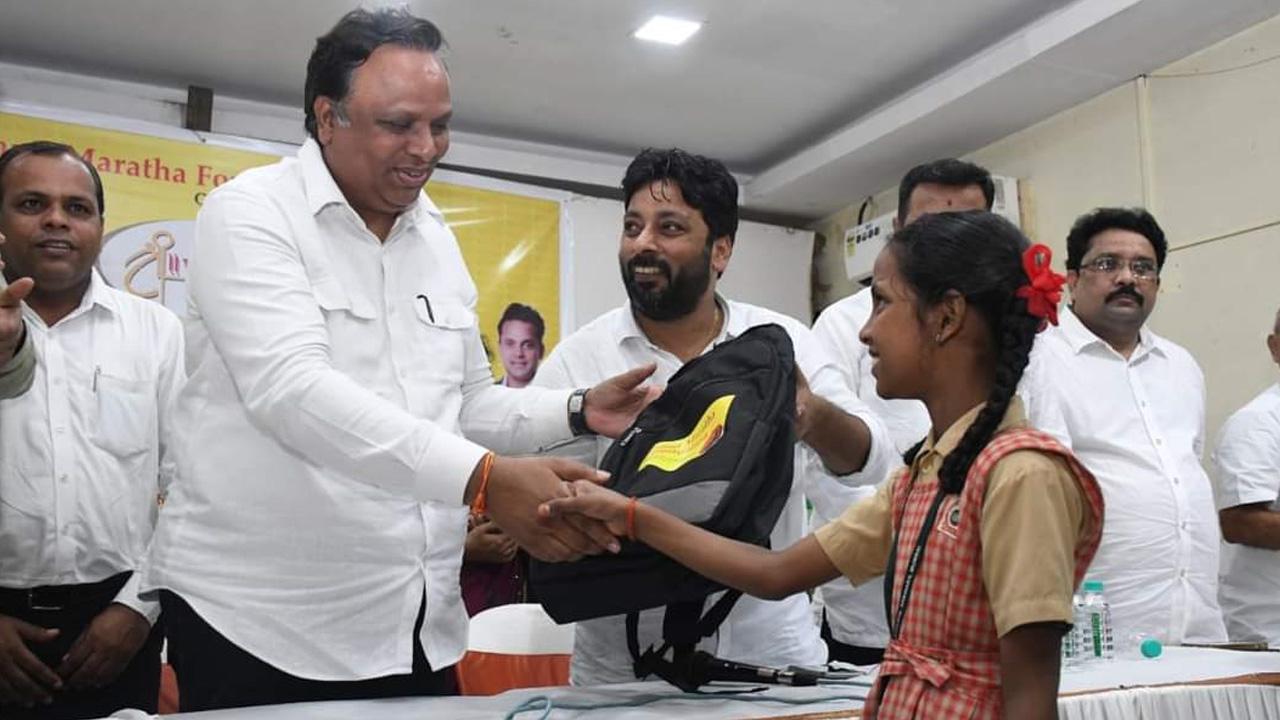 The teaching material was distributed to the students of classes I to V through the District Vice President of North Central Mumbai Shubhranshu Dixit at Sethia Nagar Hall, Sakinaka.

On this occasion, Ashish Shelar said that BJP is celebrating the birthday of the country's successful Prime Minister Shri Narendra Modi ji as Seva Pakhwada, under which educational material has been distributed among the children living in the slum area. Our respected Prime Minister's dream is – Sabka Saath, Sabka Vikas and Sabka Vishwas. This is possible only when all the youth of the country are educated.

For this, the government is also running many programs. Sanjay Upadhyay said that the country is today in safe hands under the leadership of respected Shri Narendra Modi ji. In such a situation, it is necessary for everyone to be literate for the creation of Shreshtha Bharat. Keeping this in mind, today this holy work was completed at the hands of Ashish Shelar..
At the same time, during this program a large number of BJP workers and office bearers including Mumbai President of Bharatiya Janata Party Minorities Department, Mamta Dixit, Thakur Santosh Singh, trustee of Wasim Khan Sai Shraddha Pratishthan were present. To make the above program successful, the organizer, BJP North Central Mumbai District Vice President Shubhranshu Dixit, along with the trust officials and BJP workers worked hard.

Next Story : Meet Trub Chef, the next-gen singer and music artist making his way in the music realm.