Dr. Ahmed Haque is the present General Secretary of the World Peace Harmony Organization, and his significant contributions to global peace are one of the main reasons for his remarkable recognition 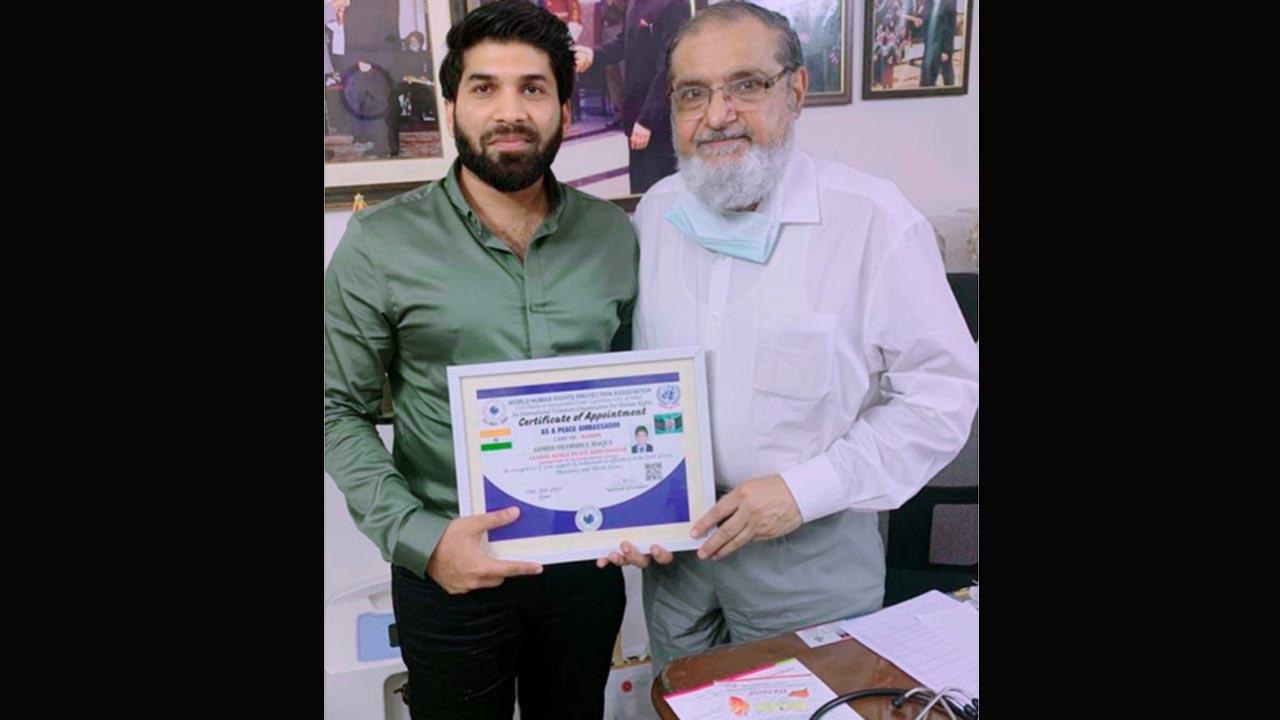 Dr.MohsinWali – The official health expert for The President of India, congratulates Dr. Ahmed Haque on this honour.


Dr. Ahmed Haque, a rising social worker, philanthropist, and entrepreneur based out of Mumbai was appointed as The International Ambassador for Peace for the United Nations on 5th April 2022.

In addition to being acknowledged by the United Nations, his extensive work for world peace and health has earned him an Honorary Doctorate (Honoris Causa) from the American University (AGUP) on March 1, 2022, during a major convocation event held in The Park in Delhi. Dr. Ahmed Haque is a rising entrepreneur as well as an inspiring humanitarian. He is currently the Chairman of SH International Group, a highly reputable supplier of spices, carpets, clothes, and marble to the Middle East and South Africa.

Dr. Ahmed Haquewas born in the Indian state of Maharashtra to father Mr. ShamshulHaque. He had studied in O.L.H.S schoolin Mumbai and thereafter he had persuaded graduation in B.com and postgraduation in Human Rights from Mumbai University. Later he upgraded his qualification with a Master in Business Administration (MBA) in Export Management from the prestigious IIBMS and obtained a master’s level advance Certificate program in international relations theory and Politics.

Dr. Ahmed Haque had a multicultural and liberal upbringing and he grew up with ideas of peace and harmony for all of humanity. He believes that peace has always been among humanity’s highest valves in a country like India and a decisive step toward peace will be reached when the Government, the private sector, the civil society, and the citizens will work for hand in hand to reduce poverty to achieve equal human rights and advocate for conflict prevention, he has been fascinated by the idea that we share the same goal. He believes in promoting mutual respect and understanding between Hinduism, Jainism, Christianity and Islam.