In co-production with APOORV ARORA FILMS, a film production company based in Los Angeles, California. 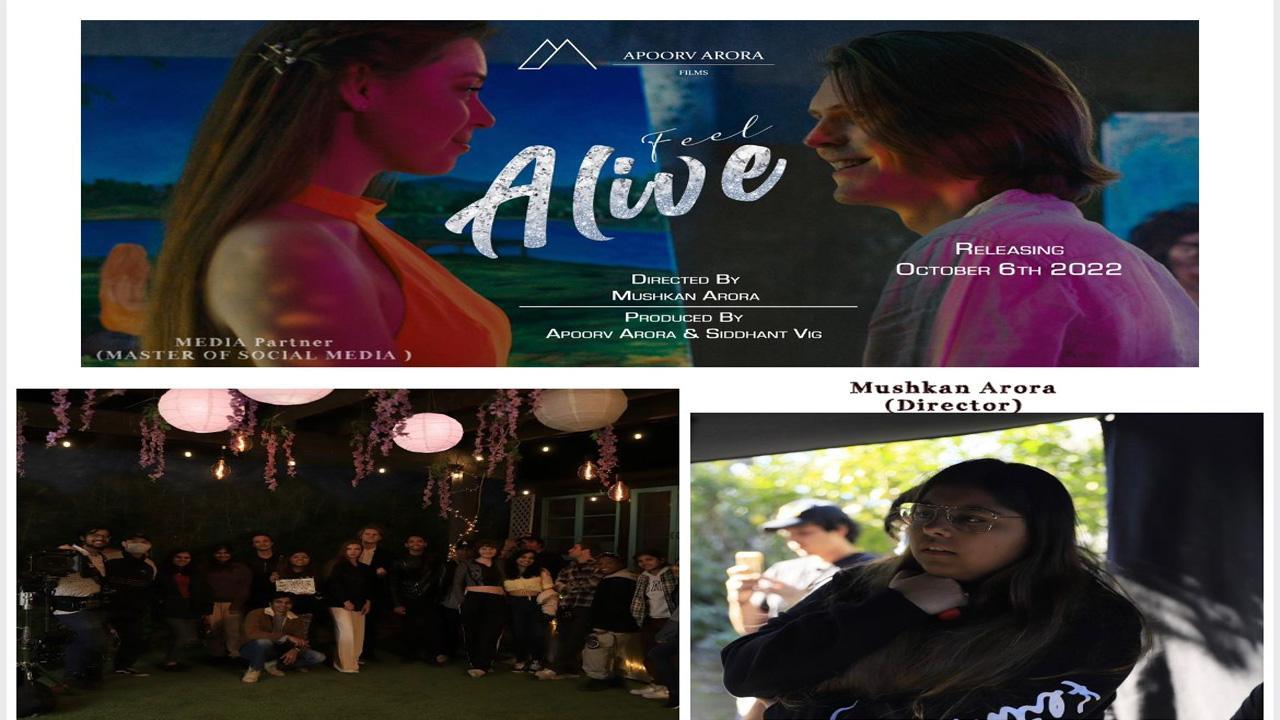 Mushkan Arora, a director and producer making India proud as her music video “Feel Alive” releases all over the world today on YouTube.

The music video shows the life of a lonely painter who tries finding inspiration in his past work and ends up meeting a girl who changes his world all together, fills his life with colours and makes him a better person all together.

It all started in January 2022, when Mushkan decided to make a Music video, she came in contact with Apoorv Arora films a production company in Los Angeles who helped helped her bring her vision to life. As a director, she always wanted to show the loneliness artists face in there day to day life and ends up in a place of self doubt and she has done a great job showing conveying that through this music video.

When she came in contact with the production company, there was complete transparency which made the process a lot easier. There were challenges that came our way such as permits in Los Angeles, building up a crew that could take the load, but it all worked out well in the end. The visuals came out pretty great, DOP Siddhant Chaturvedi made sure shots are taken in a way there it looks different and unique, we did casting calls for actors and ended up choosing the face of the music video Styr juliusson & Mariia kachnyska. Who made the music video look tremendous beautiful.

The wardrobe head Mrunal pawade did a great job in showing how when a person is in love they end up choosing colours in there life through the outfits actors wore.

Overall, the entire team did a great job and being able to connect with Apoorv Arora films made things really really easier. Director Mushkan Arora, faced a lot of struggle to build a world for her character, for the restrictions of filming in certain locations, to set dressing with her production design team she was a part of it all and made sure it all comes out pretty well,

Next Story : Cadlem’s journey to achieving success in Roblox