The Socca World Cup is one of the most prestigious football tournaments in the world. Every year, football teams from different countries participate in this tournament hoping to win the big cup. 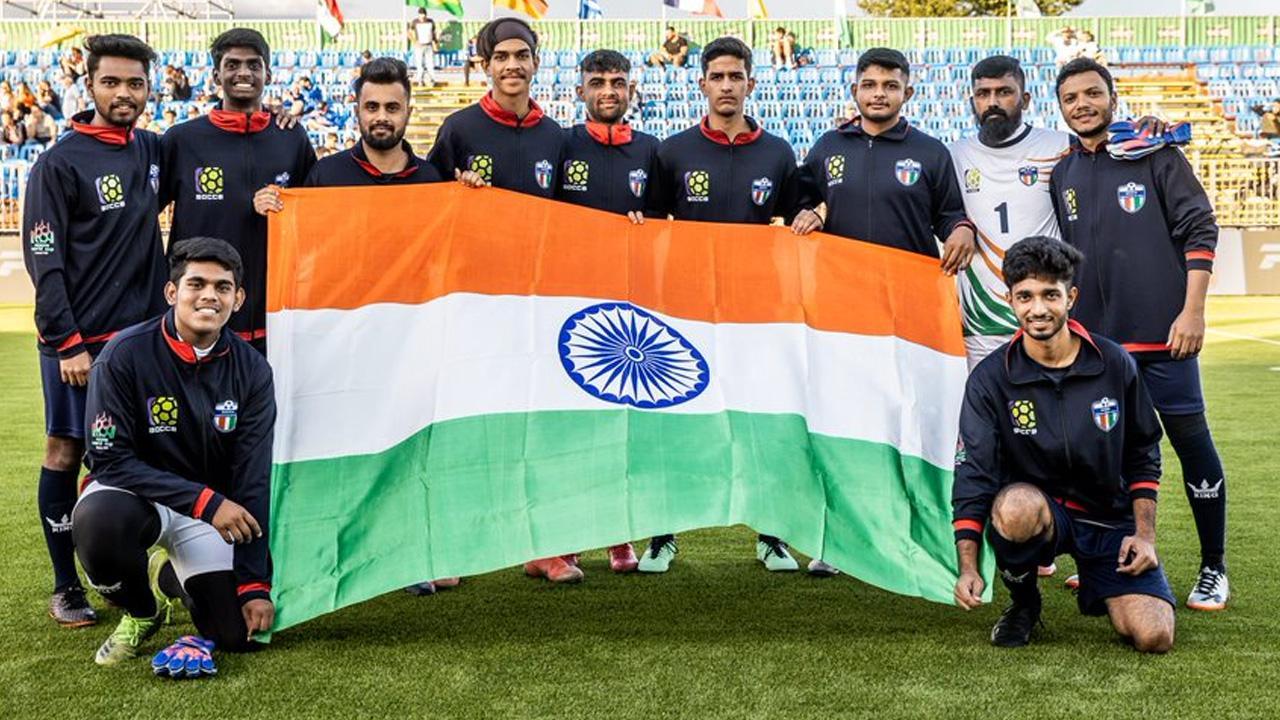 It is organized by the International Socca Federation (ISF). The organization was formed in the year 2017 and launched at a prestigious ceremony held in Birmingham the following year. The first Socca World Cup was held in the year 2018 in Lisbon, Portugal. Since then, Socca World Cup is being organized every year and witnessing the participation of football teams from different countries.

This year, footballer Kartik Vashist , who hails from a very humble background whose father Mr Mohinder Vashist has retired as a water Carrier with the Haryana Police and his  mother Mrs Niroj bala working as a maid at Some school, rising to such height after being , from such a humble background is remarkable in itself.  He got the opportunity to lead the Socca India Team at the Socca World Cup. The 26-year-old footballer, who hails from Haryana, handled this responsibility with a lot of maturity and ensured that team India gave a good account of itself on the field. From professional field hockey player Sandeep Singh to freestyle wrestler Yogeshwar Dutt, the land of Haryana has given birth to several sportspersons and athletes who have made a name for themselves globally. Now, Kartik Vashist’s name can be added to this coveted list.

The Socca World Cup 2022 was organized in Budapest, Hungary from 10 September and 18 September 2022. As the captain of the Indian team, Kartik faced a lot of pressure but he managed to remain calm and composed while guiding his team ably during the tournament. He has represented India at many International football tournaments such as the 7-a-side World Cup. He has been lauded for his exceptional skills as a sportsperson by the global media and is known to be one of the best international 6 a side footballer from India.

“As a footballer, I give equal importance to each and every match I participate in. Whether it is an international match or a local football match, I try to deliver my best as a sportsperson. For me, a sports ground is sacred and every time I play on the field, I get reminded of all those expectations my motherland has from me. When you are a sportsperson, you win at times and there are days when you lose. It’s not something that is in your hands. The most important thing for a sportsperson is to be dedicated to his sport”, says the young footballer.

The Socca World Cup is widely known to be one of the biggest 6-a-side football competitions. The tournament is organized by the International Socca Federation (ISF). The Socca World Cup 2022 was organized by Socca Hungary with the support of Govt. of Hungary. Along with India, 41 other countries registered their participation in the tournament this year. Leading team India in the tournament has proved to be one of the milestones for Kartik Vashist, a sportsperson who puts the pride of his country above everything.

Next Story : The realities of an Instagram influencer Rajesh Kumar