ILT20 Backed By Fair Play News, As An Official Partner, Makes Its Debut In The UAE

The DP World International League T20, the latest feather in the cap of the highly engaging and popular T20 cricket format made its debut on Friday, 13 January 2023 through a spectacular opening ceremony featuring popular artists like Badshah, Jason Derulo, and DJ Bravo. 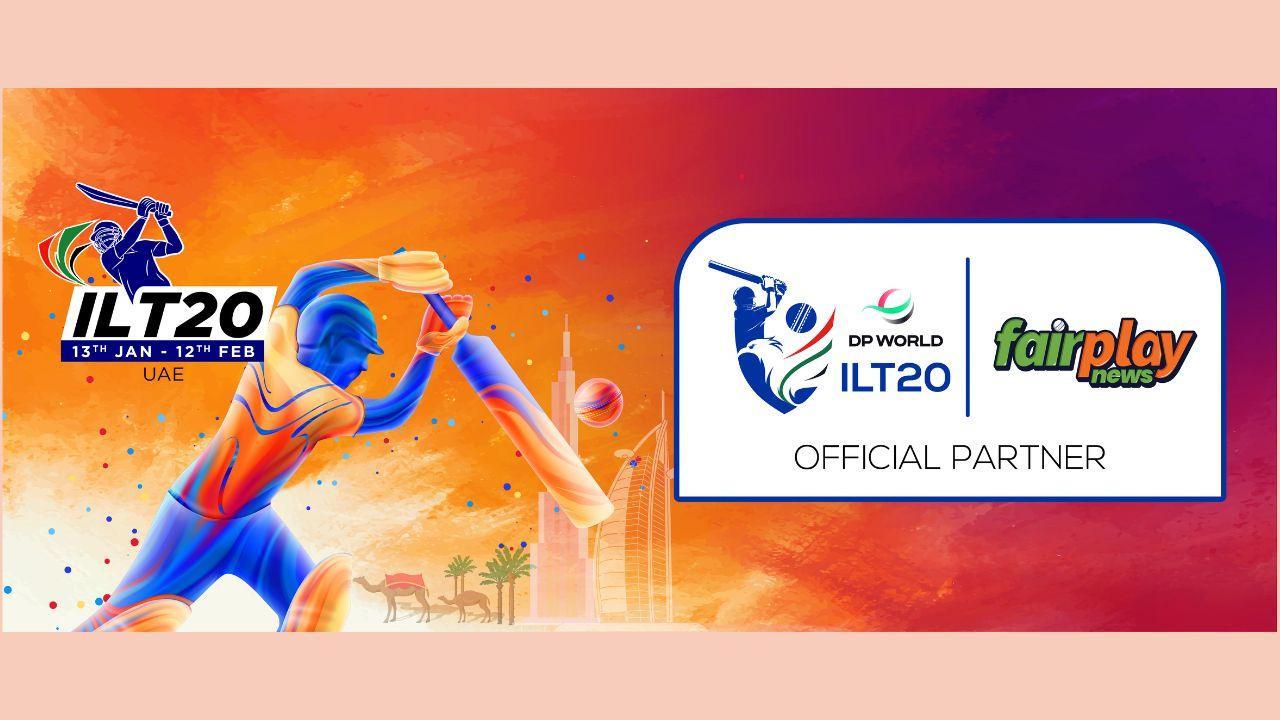 
The DP World International League T20 was inaugurated at the Dubai International Stadium on Friday 13 January (2023) in the presence of a large, enthusiastic crowd cheering on their respective teams. The opening match was played between Abu Dhabi Knight Riders, co-owned by Shah Rukh Khan and Dubai Capitals, GMR group, with Dubai Capitals taking the first win. Sponsored by DP World, the DP World ILT20 league comprises six teams playing a total of 34 matches across the UAE – Abu Dhabi, Dubai and Sharjah. The league is also associated with renowned media partners, broadcasting and reporting real-time updates from the matches, including ZEE as Global Broadcast Partner, Khaleej Times, Media Partner and FairPlay News.

Fair Play News is one of the biggest and leading sports news networks on the internet. Offering real-time match updates, scoreboards, general info and exclusive player bytes, Fair Play News caters to all that a sports enthusiast seeks. It has backed numerous promising teams and leagues including the Sri Lanka Women’s team and the men’s team when they won the Asia Cup in 2022. The FairPlay Group since its establishment has steadily risen in popularity and become a household name in the sports fraternity.

“We are strong believers in the spirit of sports and aim to push boundaries and unite the sports fraternity. We’re elated to be a part of the DP World ILT20 and would like to thank the league for bringing us on board the next big thing in the cricket world.” A Fair Play News representative said. Fair Play News awards one player every match the title of the ‘Biggest Hit Of The Match’ along with a cash prize.