Depicting romance and short stories through the medium of music videos has been fast picking up. What more could we expect when the real life lovey-dovey couple JP Singhaniya and Gudiya Singhania feature in a music video that is sung by Shaan. 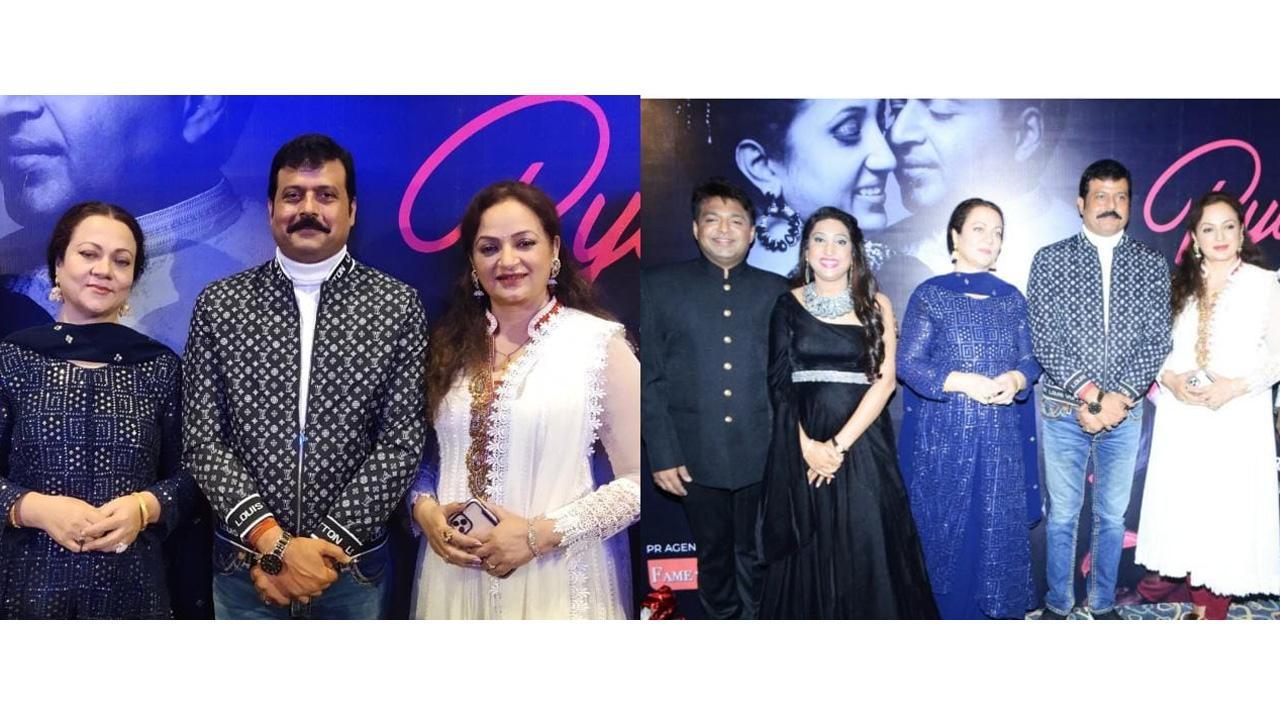 PYAAR MEIN TERE's music video was launched on a star studded evening graced by legendary beauty Mandakini, actress Upasana Singh, Mithilesh Chaturvedi and Sunil Pathare, owner of Maxwell Group who witnessed the making of this music video which was followed by the full song that was highly appreciated by the audience.

It was only some time back that JP Singhaniya had recovered from an unfortunate accident. Mandakini said, "JP Singhaniya is a lucky man that by the grace of God he has miraculously recovered so well. As people say that love has no age barrier, that is depicted in this cute music video featuring JP Singhaniya and Gudiya Singhania with such a commendable performance in this song that has great music and is so beautifully directed," she further added, "While old romantic songs always remain evergreen, Pyaar Mein Tere is so impressive that it revives memories of our old melodies." 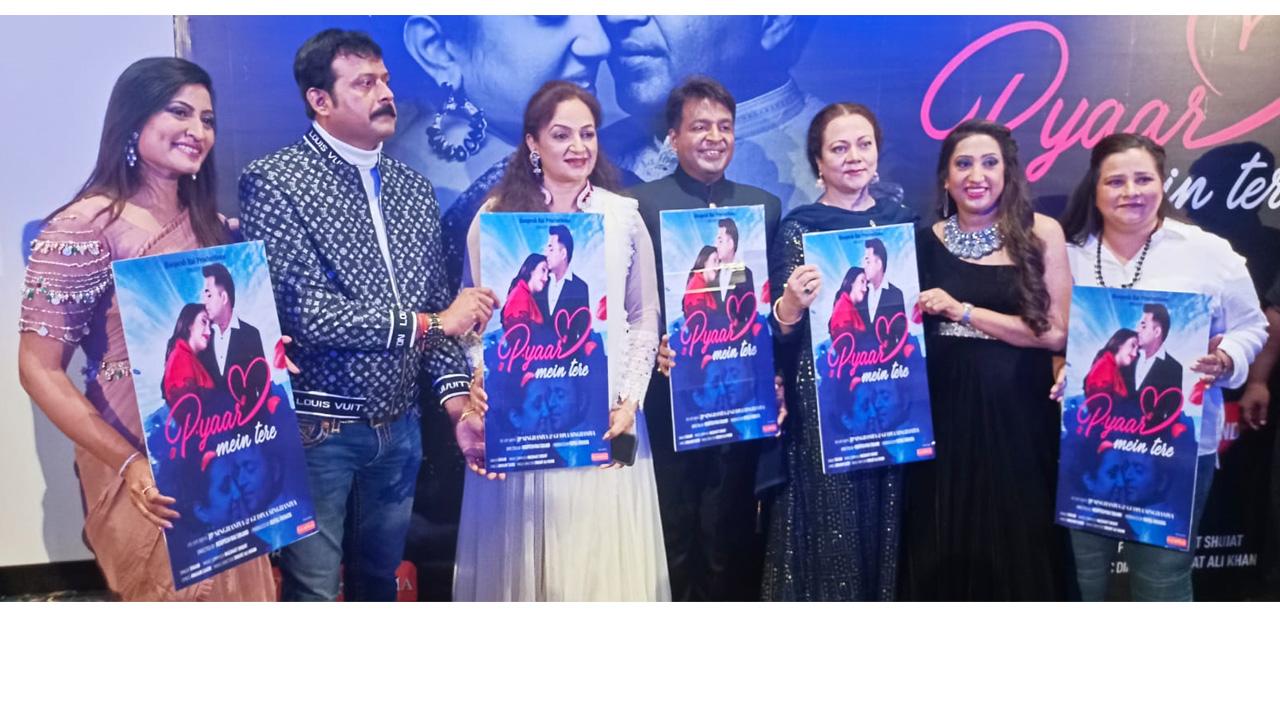 Upasana Singh too had such a similar take on this topic, "While old classics are soul stirring, most of the current songs are just run of the mill and do not make much of a sense. Hence Pyaar Mein Tere stands out among the current lot and it is highly appreciable for the pair in the song to have shot in such a sweltering heat. I am thrilled on watching JP Singhania lifting Gudiya and carrying her around."

JP Singhaniya mentioned, "I hope that our endeavor sets a trend because we had an arranged marriage which blossomed into love between us, hence our real life romance comes out so splendidly on the screen signifying the reel pair's true love. I wanted to present this lovely romantic music video as a surprise gift to my wife, hope she likes it."

JP Singhaniya and Gudiya Singhania are a Ranchi based couple having a thriving mushroom business. This romantic music video is produced by Roopal Mohta the Diva Mrs India 2018, Mrs Universe 2019 under the banner Roopesh Rai Productions. Roopesh Rai Sikand is an award winning film director, presently working on a film based on Kashmir and has directed music videos, Television commercials and several award winning short films with 'Unfit' fetching him Viewers Choice award in the USA, which is the first for any Indian filmmaker.

While singer Shaan could not make it to the event as he is in the USA, the music director Shujaat Khan thanked the director Roopesh Rai Sikand for giving him an opportunity to compose music to Shaan's voice. Shujaat Ali Khan and Nazakat Shujaat have composed this charming song while its enchanting lyrics are penned by Anjaan Sagari.