Those who live for others, live in true sense." These famous words of Swami Vivekananda aptly apply to well-known altruist and BJP leader from Mumbai – Mr. Ramkumar Pal, whose selfless social services have played a significant part in his life on both a personal and professional level. 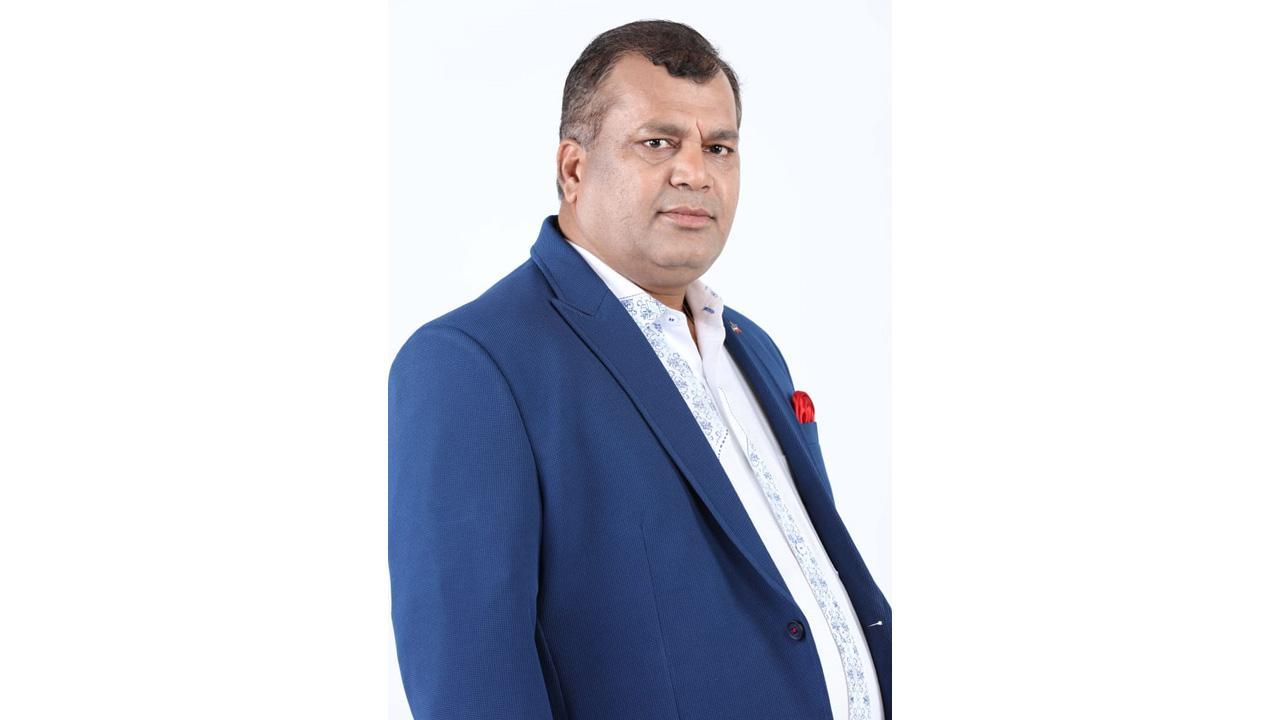 India's leading media house, Mid-Day, has now honored Mr. Pal for his selfless service to humanity as a social worker. Mid-Day recently unveiled a coffee table book called, Mid-Day Success Stories 2022. Mr. Pal has been featured in the book, which was unveiled during a special event held on July 30, 2022, at Hotel Sahara Star, Mumbai. Speaker of the Maharashtra Legislative Assembly, Rahul Narwekar, was the Chief Guest at the event.

Mr. Pal is 56 now and does not shy away from helping others as he feels he might be the solution to someone's issue. He derives immense satisfaction through protecting and supporting vulnerable people in need.

Since his childhood, one of the things that he loved to do was to give back to others, something that is evidenced by his association with several charitable bodies and the extensive charity work that he undertakes.

Mr. Pal is a BJP leader and businessman with a heart that beats for the poor. He is currently BJP's  Vice Chairman for North/West Constituency, Mumbai. Previously, he held posts of Special Executive Officer (SEO), appointed by the Government of Maharashtra (2005-2010); President of Slum Cell, North/West Constituency – Mumbai, BJP (2011-2014); and Member of Rashtriya Patrakar Sangh. As a National Executive Member of BJP Kisan Morcha and In-charge of Daman-Diu and Dadra Nagar Haveli, Mr. Pal drew the attention of Prime Minister Narendra Modi to the various problems faced by farmers.

Mr. Pal has won the confidence and appreciation of the BJP's top brass on many occasions. But, rather than being in the party for political gains, he aims to serve BJP as a hard-working leader. Mr. Pal serves as Rashtriya Karyakari Adhyaksh of the Pradhanmantri Aatmnirbhar Bharat Abhiyan Sangathan. He is also a B J P Kishan Morcha Rashtria Karyakarni member. The organization works for the welfare of Indian farmers.

Mr Pal whole-heartedly offers his gratitude to the Modi government for giving emphasis on cleanliness, environmental awareness and public health. According to him, the initiatives of the government like Swaccha Bharat Abhiyan will surely enhance India's image at global level, while making people of the country sensible and responsible about cleanliness.

As a dedicated social worker, he looks for ways to help people in distress. As the Chairman and Trustee of 'Om Krishna Ganesha', a charitable trust, Mr. Pal and his team have been working since 2009 in the suburbs of Mumbai, funding medical treatments for needy and weaker sections of society. As the Chairman and Trustee of 'Amar Madhav Charitable Trust', Mr. Pal has been working in the field of rural development, donating clothes, and school stationeries such as books, bags, and dresses in villages of Palghar district, Maharashtra. Similarly, the charismatic leader is the Trustee of 'Jeevan', a charitable trust; Managing Committee Member of 'Shree Papudiya Math', Puri, Odisha; Member of 'Shree Jagannath Cultural Trust', Odisha; Member of 'Dharmshila Khadi Gramodyog Sanstha'; Board Trustee of 'Maa Tulja Bhavani Khadi Seva Sanstha', which donates more than 10,000 school books to government-aided schools in slum areas of Mumbai every year and organizes medical camps and cataract operations in slum areas of Mumbai from time to time.

Besides being an enthusiastic social worker, Mr. Pal carries out religious works on different occasions.

Mr. Pal has earlier too been recognized for his contributions in various fields. Mr. Pal has been awarded Samaj Seva Ratna by Veer Bharatiya Hindi Sahitya Peeth, Lucknow, for his notable contribution to the field of social work, his national and international stature, and years of service to popularising the Hindi language and Saraswat Sadhana. He was conferred Rashtriya Sambadika Gourav Award for his contribution to the field of Journalism and Media Development, on National Press Day at Jaydev Bhavan, Bhubaneswar on November 16, 2017, by National Journalists Welfare Board.  Mr. Pal was conferred the Bharat Shree award in New Delhi in presence of Union Minister for Road Transport & Highways Nitin Gadkari, BJP spokesperson Sambit Patra, Minister of State for Animal Husbandry, Dairying and Fisheries Pratap Chandra Sarangi, Member of Parliament Virendra Singh, and Tripura Governor Ramesh Bais. Akhil Bhartiya Sant Samagam honored him for his work and selfless services 'Seva' for the spiritual and religious growth of the Indian community. He was presented TIIFA Award in Mumbai and honored at India's Great Leaders Festival in 2018 for carrying out selfless social work in India and abroad.

In recent times, Mr. Pal has taken initiative to acknowledge the contribution of others to social welfare. As the Chairman of the National Human Welfare Council, Maharashtra, he hosted India's Great Leaders Festival. He helped Nehru Yuva Kendra, Mumbai, under the aegis of the Home Ministry, to organize sports and cultural activities for children from Naxal-affected states, providing them with an opportunity for growth and improvement of their community.

Despite all his achievements, Mr. Pal remains a dedicated social worker. We wish him the best in all his future endeavors.