The number of amusement parks in India is very less. When somebody wishes to engage in some outdoor activity or participate in some kind of adventure sport, they get very limited options to choose from. 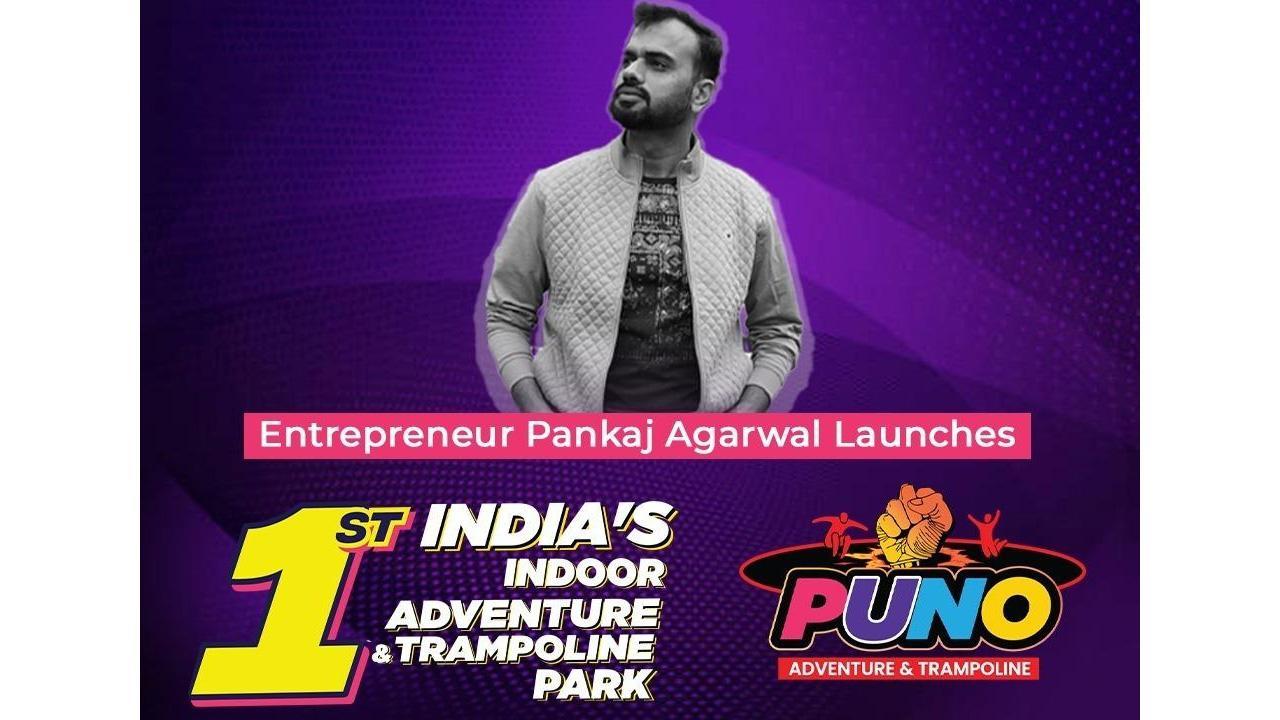 The number of amusement parks in India is very less. When somebody wishes to engage in some outdoor activity or participate in some kind of adventure sport, they get very limited options to choose from. However, all that seems to be changing now and this change has been spearheaded by renowned entrepreneur Pankaj Agrawal. Pankaj recently launched his dream project PUNO, which happens to be the indoor adventure and trampoline park in India. The park is based in Jaipur which is known to be one of the best heritage cities in modern India.

Talking about the vision behind PUNO, Pankaj Agrawal says, “In India, when family members or friends wish to spend some time together, they either go to the movies or spend their time at a shopping mall. There are many who, because of lack of options, sit at home and binge-watch shows on streaming platforms. Going outdoors and participating in physical activities is not only important for one’s physical health but it is vital for your mental health as well. With PUNO, we have created a recreational space for families and individuals to participate in fun activities that would stimulate their physical and mental health.”

In his journey as an entrepreneur, Pankaj has received strong support from his wife Neha Agrawal. Together, the couple completed a journey from being household entrepreneurs to mainstream entrepreneurs. She has played an important role in the creation of PUNO as well.  She has ensured that the adventure park has something to offer to all age groups and genders. Her ideas have contributed greatly towards PUNO emerging as a family-friendly recreational venue.

Elaborating on the same, she says, “These days, most people are glued to their smartphone or laptop screens. In such times, it becomes all the more important to make people realize the importance of digital detox and being out there in the real world. While putting together PUNO, we were clear about the fact that it would be an inclusive space. We have designed activities that will cater to men, women, children and even elderly people. When you visit PUNO, you will definitely find something of interest to participate in.”

When one visits PUNO, one realizes it has distinctive youthful energy to it. Apart from trampoline, there are several other adventure-based activities one can try out. The technology and the facilities provided to the patrons are as modern as they could get. The credit for that goes to the very young Siddharth Agrawal.

“The entire team worked on each and every idea together and it was a very democratic process. At my end, I tried to make sure that the facilities and services provided are of international standards. We were very conscious about not having any element that looks outdated. Since PUNO is India’s first indoor adventure and trampoline park, we wanted to ensure that we set the bar high for others to follow. Anybody who has been to a trampoline park in the west would vouch for the fact that everything we offer is at par with what is being offered there”, says Siddharth.

The objective behind setting up PUNO is to offer people unique and innovative entertainment while ensuring that they have a good time with their friends and family members. Apart from several fun-filled activities, many of the activities in PUNO have been designed to cater to fitness enthusiasts. With PUNO, Pankaj Agrawal, Neha Agrawal and Siddharth Agrawal have given India its first indoor adventure and trampoline park. The launch of this park is a milestone in the entertainment and recreational space in the country. There are plans to expand it as a franchise across multiple tier-1 and tier-2 cities in India.

Next Story : Transporting the Magic of Movies from Madurai to Los Angeles