Rejected by 30 schools due to Cerebral Palsy, Sumit Agarwal gets selected as the Mentor Of Change for Atal Innovation Mission, NITI Aayog 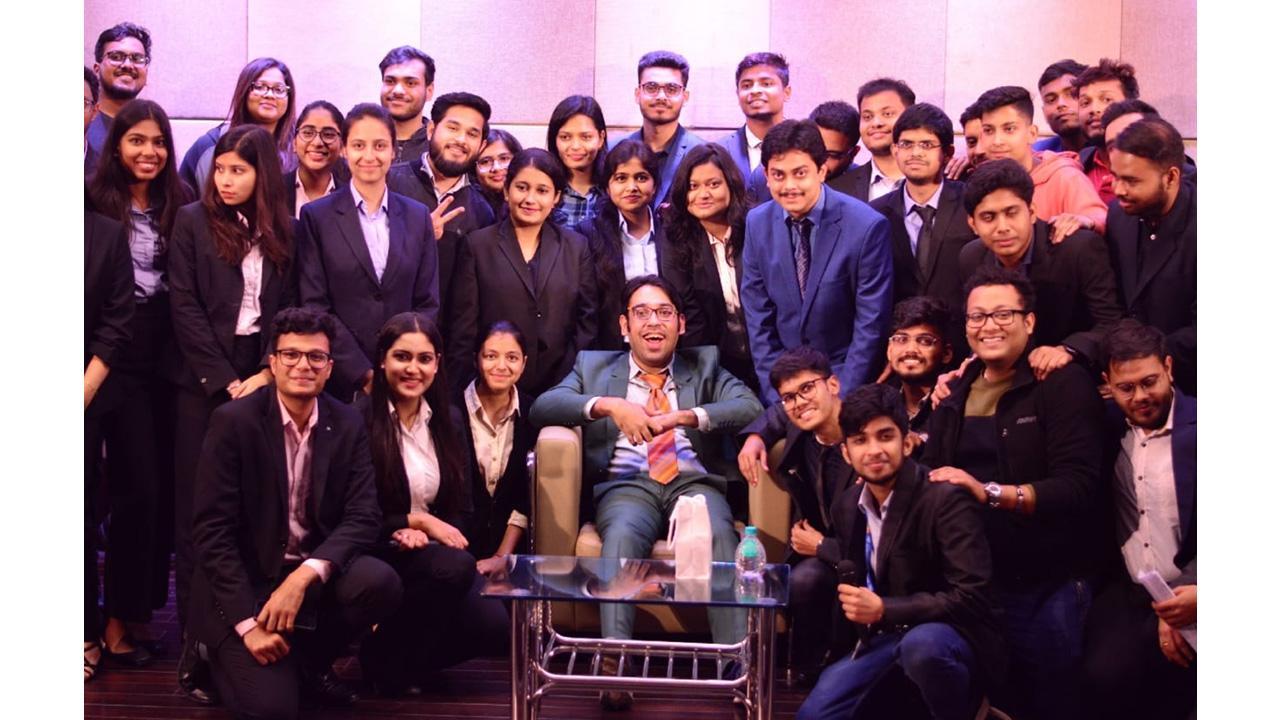 Building an inclusive future through mentoring!


Born with Cerebral Palsy; 70 per cent of body movement restricted, and four surgeries at a young age- this is the story of Sumit Agarwal, an entrepreneur, a speaker, and an inclusion activist who changed the script of his story with nothing but self-belief, grit, and dedication. Sumit was recently selected as a Mentor of Change for Atal Innovation Mission, NITI Aayog.

The NITI Aayog’s Mentor India program is a national movement by the Government of India to provide skilled professionals with a platform to share their knowledge, their story, and their experience with a young team of ATL innovators, who are contributing to building a more empowered India.

These skilled professionals are called the ‘Mentors of Change’. They spend time on-ground with ATL students, providing them access to a practical world to help them learn and rebuild their skillset. These Mentors of Change are pioneers in their respective fields and can provide them an ‘inside look’ at their industry.

Sumit Agarwal: On a journey to create a more inclusive world:

Once rejected by 30 schools merely due to his disability, Sumit, over the years, has managed to enable himself and many others towards consistent growth, and is on a mission to create a more inclusive world.

But this isn’t a story of hope or motivation; this is a reminder of how perseverance and belief in self can lead you beyond what you are destined to achieve and rewrite your story as you want.

After undergoing 4 surgeries, Sumit took the shot at a new life with both his hands. As painful as they were, he was grateful for this new chance. Thanking the universe for this profound opportunity, the PR Signal Founder exclaims how another challenge rose for him post-surgery.

“I realized I was very different from my peers. I looked different, talked differently, and walked differently. Because of my condition, anyone who saw me treated me like an invalid person as if I was broken and needed to be fixed,” he says.

But undeterred, he completed his MBA & PGPM with a 9.05 CGPA. As fate would have it, the man rejected by various institutions is now eagerly called up to share his journey! Sumit is dedicated to working towards DEI rights and building an inclusive ecosystem for people with disabilities.

At present, he is a visiting faculty at his alma mater, Techno India University for the MBA entrepreneurship department. Once a student, now he plans to deliver his insights, mentor and shape the young generation.

The hand that shaped his resolve:

Sumit credits his mother for his passion for making a difference. His professional endeavour, a testimony of what he truly believes in is an extension of what his mother taught him, ‘We do not need sympathy but empathy.’

Even during his schooling years when his mother, a successful lawyer let go of her job to provide him with an education that everyone receives, his mother would often come across people that would call his education, ‘a bad investment’!

But as he mentions, ‘she single-handedly braved every odd coming her way to ensure my schooling and post-schooling education in institutions for normal children.’ It is her resolve that instilled the confidence in him to keep going, no matter what the odds.

Getting started with PR Signal:

As he completed his education, Sumit was all set to make his mark in the corporate world. Unfortunately, fate had other plans for him. He got rejected wherever he applied, despite his stellar academic score and skills.

“After getting rejected from six interviews, not because of my performance, but because of my physical attributes, I began to wonder why should I plead for jobs when I could give others, one. To hell with the world – if they don’t give me a job, I’ll just figure something out on my own. So, I took a leap of faith,” he explained.

And thus, PR Signal was born. A PR firm with the intent of cherishing human relationships at its core. For Sumit, it all made sense because he had always found it easier to connect with people. Whether it was during his childhood, when he spent months at the hospital talking to doctors and other patients, or during his limited social interactions with people, he observed that it all came to him naturally.

More importantly, he has worked towards shaping future leaders by connecting with the youth. With this vision in mind, he has reached out to them through his 115+ speeches. Alongside, he has also formed a dedicated community of like-minded professionals on the networking platform, LinkedIn, and is a LinkedIn Top Voice with a blue tick. He has garnered over 100 million views in over three years

Paving the road ahead with acceptance and perseverance:

‘I am disabled and it is not a bad thing!’ Sumit’s ability hasn’t been defined by his disabilities. He is accepting of being a disabled person. But that is just a part of him. He is so much more than that; His aspirations, his desires, and his joy come from what he chooses to do.

So, while making the world a better place to be when he found it, Sumit is paving the way for people with disabilities through acceptance and perseverance to do more, one day at a time!