Kahani Rubberband Ki, a movie directed by Sarika Sanjot and produced by Moon House, will be released soon. 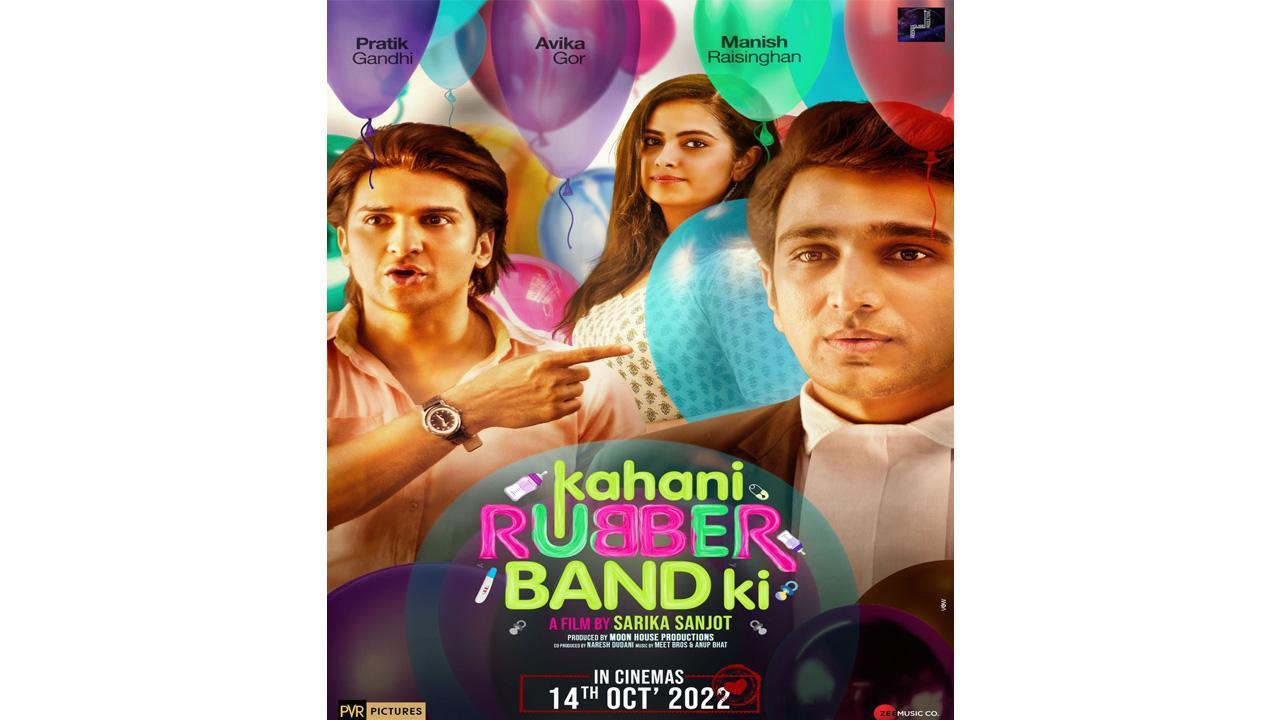 In the comedy-drama "Kahani Rubberband Ki," a shopkeeper is depicted as selling condoms under the brand "rubberband." Several comedic twists and turns can be noticed in a blossoming love story. Defense attorney Aruna Irani, a seasoned actor, will play the part. While Pratik Gandhi, a well-known and in-demand performer, will astound the audience with his comedic acting and breath-taking speech tosses.

Sarika Sanjot who is the producer & director of the film is extremely excited for her debut film to hit the cinemas very soon. “Kahani Rubberband Ki," my directorial debut, will hit theatres on October 14th; I'm thrilled to announce the release of my debut as a director. I believe the viewers would laugh out loud while watching this humorous drama about a condom (Rubberband).”

The remarkable song tracks in the movie feature the gorgeous voices of well-known vocalists Kunal Ganjawala, Hargun Kaur, and Geet Sagar. The movie is scheduled to open in theatres on 14th October.

The movie Kahani Rubberband Ki, starring Pratik Gandhi, Avika Gor, and Gaurav Gera, is produced by Moon House Production, directed by Sarika Sanjot, music by MEET Bros feat. Altamash Faridi, cinematography by Faroukh Mistry, and dialogue, story, and screenplay by Sarika Sanjot is all set to set the floors on fire this October. Be ready to laugh out loud!

Next Story : Indian Tech Market Is in Huge Need of Java Developers