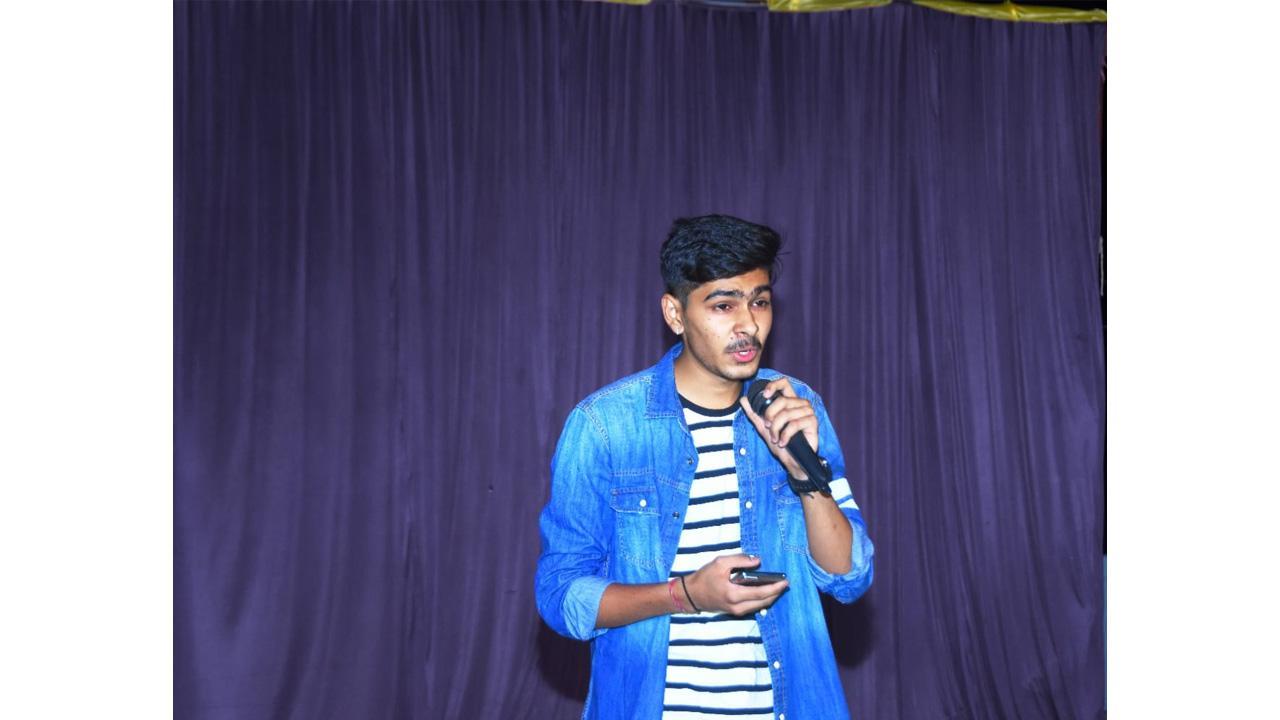 It is incredible to know that there are so many people who strive to reach their next level of success the way they aspire. It's certainly easier said than done, but a few young talents have done that and shown the world what they really stand for in the industries they enter. Music is a challenging industry, but a few rare gems have taken the plunge and made a name for themselves despite much competition. Meet Aashish Jain a passionate singer who is professionally known as ITSASHMUSIC. Dreamed and achieved great things in the industry as a true professional.

Aashish Jain is an Indian singer whose versatility extends to all genres. Aashish Jain, like his name, stands out in the industry, thanks to his passion for music and the madness and love he has shown over the years in the industry, which led him to become who he is today. He has performed well on music charts with all of his songs so far, which has helped him turn into a rising musical talent in the industry. Indian culture is profoundly influenced by music.

Known for his song "Dil Meri Na Sune", Itsashmusic started his YouTube journey in 2020. He has released 15 additional songs since then, in addition to "Dil Meri Na Sune". There are many more such as: - Better Days, See you again, 2 U & much more. One of the most impressive things about Itsashmusic is that he is a star across all music platforms, not just YouTube. His Audience loves him and supports him.

Today's culture is dominated by music, as we can see from looking around. Many people like music, but some love it. The very talented and charming boy Itsashmusic wants to become a great musician

Itsashmusic is very passionate about music and is always willing to devote time to it. Music is something he is always interested in learning and he never misses an opportunity to learn new things about music.

He won a gold medal in a singing competition organized by the Jain Social Yuva Group in 2014, and also achieved second place in a National level singing competition held by the All India Artist Association in Nandurbar, 2015.In addition to collaborating with Srinidhi (Voice of Telangana), he has also collaborated with Veronica from (Sri Lanka) on the song Little Do you know, Heavy hearts.

His YouTube channel now has more than 1 lakh subscribers and he also has more than 5 lakh monthly listeners on other music platforms.

He believes "Never give up on something you believe in", He believed, he worked hard, and today we can see the best example of "Hard work pays off".

Adding and shaping the talent is what creates miracles in the world. Music is a lyric that the universe hears. Aashish Jain, enamoured of rhythms, has enchanted the world with his melodic sound. He is deeply in love with music and finds his purpose in life to live for his passion, which has led him to shine in victory clouds. His enthusiasm and creativity ignited the music industry with an incomparable talent.

You can follow him on the social media handles given below to find out more about the rising star and to see his life behind the stage:

Next Story : Firoj Khan Fk one of the top content creator’s winning hearts all over social media