It’s probably meant to be a comedy of errors, but there are strictly no laughs. I can’t recall the songs. The romance is over, anyway. All they’re interested in is marriage. So what’s the point? Abhi kya? What else; inka vivaah! Toh phir? Nothing. 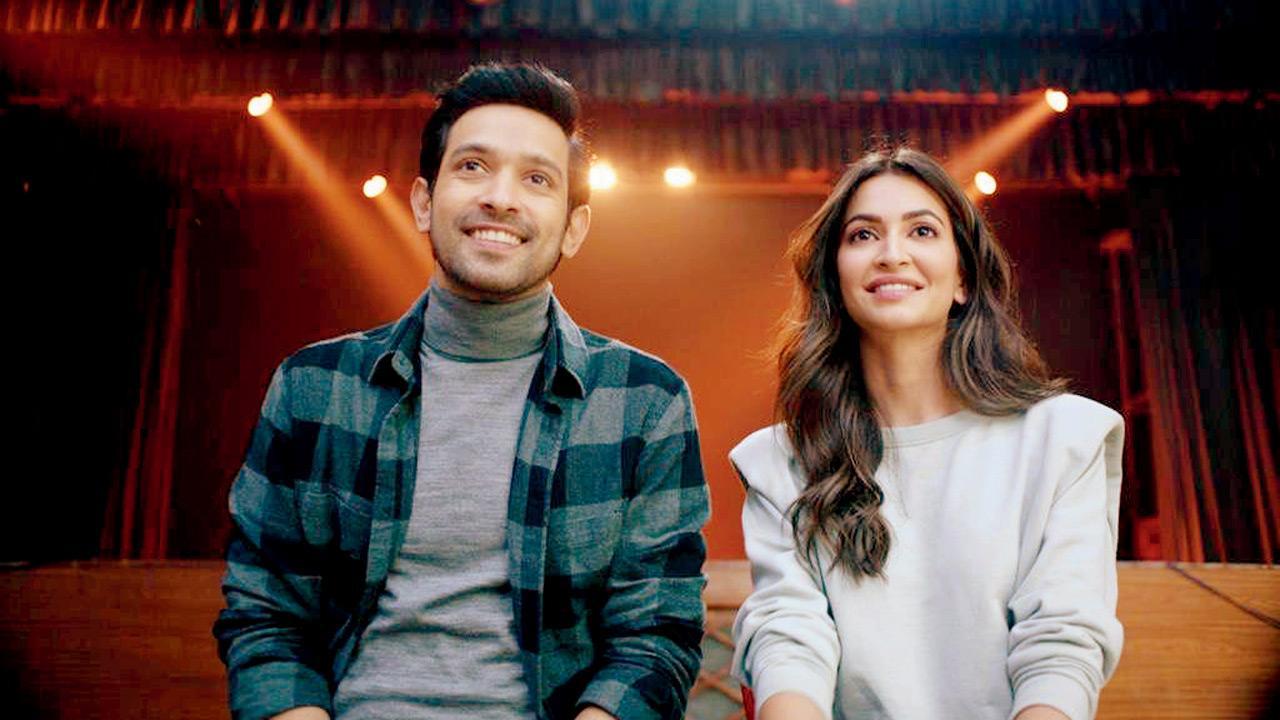 A still from 14 Phere

To be fair and lovely, both lead actors in this film, Vikrant Massey and Kriti Kharbanda, have a warm and gentle screen presence. They’re basically easy on the eye. Which is true for half of this half-made/written movie, anyway — which is too clever by half, otherwise. Up until that point, I was pleasantly surprised by what the filmmakers were up to.

Basically lift/polish the oldest Romeo and Juliet story in the world — lovers up against their loved ones, namely their families, who won’t let them be, or imagine a future together. When was the last time you saw that standard, Bollywood bread-butter romance? You see less, or none of it. Also because, by and large, in a posh-deck Indian society, jab miya biwi raazi, toh kya karega pitaji? Urban movies only reflect that.

Unless you get into deep interiors, like Sairaat (2016), or its Hindi remake, Dhadak (2018). While this film is set in upper-crust New Delhi, the lead characters come from deeply conservative societies still. The boy is Bihari, and Rajput. The girl is Rajasthani, and Jat. These are inherently inward-looking, caste-conscious worlds to belong to. Or so the filmmakers will have us know. And which might be deeply rooted in reality.

The social contrast is visible on screen. In that sense, this is still your desi, northern-belt, small-town, Kanpur-Jaunpur-Lakshmanpur-Jehanabad milieu — so common for Hindi movies of late, that you’re convinced Bihar-UP is the new UK (of NRIs) from ’90s Bollywood.

What’s the twist then? That the boy and the girl decide to make up an entire family, starting with hired parents, who show up at each other’s family homes. Once their families are convinced that there is no inter-caste marriage at play — the couple ends up together, over two separate weddings. Hence 14 phere.

Who do they get to pose as parents? Proper actors from a naatak mandali (theatre group), which is where the hero himself is a part-time actor. Which all-time classic does this plot twist vaguely remind you of? Hrishikesh Mukherjee’s Gol Maal (1979), of course! Now you know why I’d been warming up to all of this so far.

Now, never mind that in desi homes, it is families that probably get married to each other first — even before the bride and groom; and they stay in touch forever. How the lead couple plans to take care of this minor issue, once wedded, isn’t quite fool-proof.

But I am more astounded by the ‘actorial’ ambitions of the same theatre performers they’ve picked up to play their parents all along — Bihari-Rajputs in one home, Rajasthani-Jats in the other.

I mean actors, of course, play people different from themselves, for a living. But with much rehearsal involved, and a suitably written script, rather than a lifetime’s vocabulary and mannerisms, handed to them. Imagine living as those people casually among the actual lot. Anybody will freak out. Slips will show right away.

Speaking of which, Massey as the Bihari boy gets the twang all right. As does the assembled ensemble cast around him. Lately, Massey Sahib, if you’ve noticed, has veered his career toward understated, mature, seedha-saadha chocolate-boy parts, in romances that are out of the box (Haseen Dillruba), out of space (Cargo), or downright ordinary (Ginny Weds Sunny). This picture is not an exception, but headed to the latter.

Also read: Kriti Kharbanda: People should be allowed to choose their partners

Veteran actor Vineet Kumar plays his dad, living in the ‘theth’ boonies. Looking beyond his rustic manners, I realised how much Kumar looks exactly like director Subhash Ghai (who used to be an actor once)! When do you start observing these aspects totally extraneous to a film? When you stop caring about the actual film, basically.

Which is what happens, when it’s well begun, half done, with a tedhi medhi twist, and with absolutely nowhere to go, besides round and round in circles. Go deeper into the lives of the characters, and you’re unable to discern furthermore the demographic this drama deals with. It’s not a period film.

It’s probably meant to be a comedy of errors, but there are strictly no laughs. I can’t recall the songs. The romance is over, anyway. All they’re interested in is marriage. So what’s the point? Abhi kya? What else; inka vivaah! Toh phir? Nothing.

Next Story : Have you heard? Shreya Ghoshal to feature in 'Zindagi Mere Ghar Aana' music video