Snappy Beats: Music listened to me when the world stood still

Parteek Kumar started his career in 2016 by collaborating with Akays - Jordan song as a musical artist. 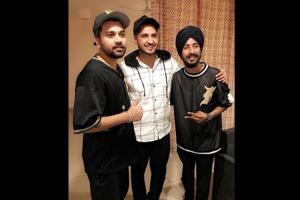 “I always loved to listen to music and saw myself getting lost in the rhythm of AR Rahman and Dr.Dre and this ignited a spark in me and I realized that I had a passion for music”, shares Snappy Beats aka Parteek Kumar. This liking for music served as a stepping stone to him and he worked on his goal of attaining a respectable place for himself as a musical artist in the Musical Industry.

Parteek Kumar started his career in 2016 by collaborating with Akay’s- Jordan song as a musical artist. The song was a super hit with tremendous views on YouTube. The huge success of his debut song served as a stepping stone to him and since then he has worked on several projects which include Vigad Gaya by Gippy Grewal, Surma Kala by Jassi Gill, Fuel by Gippy Grewal, Viah by Jass Manak, Jatt da Mukabla by Sidhu Moosewala, I’m better now by Sidhu Moosewala, High end by Diljit Dosanjh and many more.

Vigad Gaya song by Gippy Grewal with Snappy Beats as a musical artist has been incredibly successful with 10M views. It’s a cheerful song with catchy lyrics and amazing beats. Snappy Beats is currently working on his first album as a music producer. He loves to try new things and believes that new paths always lead to interesting destinations. For his new album, he is working with many talented artists.

Music is an infinite pool of melodious rhythms clinging onto soothing lyrics. Snappy Beats says that ever since he started off his career as a musical artist, he knew that he had to keep on treading towards his goal and make sure that he performs his best in all undertaking that came in the pursuit of his objectives and he never ever let any situation crumble his confidence. But he believes that he has not completely achieved his target and aims to work on a lot of projects as a musical artist.

Next Story : Here's how Shakuntala Devi got her nick name 'Human computer'