Post working on his physique for 4 long years in Delhi, he moved to struggle in Mumbai 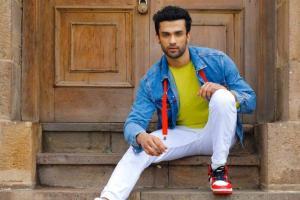 
Actor Rishaab Chauhaan, who marked his acting debuted in 2019 with a comedy-drama Marrne Bhi Do Yaaron had a life full of struggles and roadblocks. Like every other actor, who is an outsider, the journey for Rishaab wasn’t a cakewalk.

The actor hails from Uttarakhand and had played under 19 cricket for Delhi state. Post working on his physique for 4 long years in Delhi, he moved to struggle in Mumbai. His struggle went onto for another 4 years until he bagged his debut film. Interesting, Rishaab is the first guy from Uttarakhand, who came as a hero in films.

The actor is also a fitness freak and martial arts lover and has been working out at his house itself due to the ongoing lockdown amid Corona Virus. He will be soon seen in challenging roles after the things return to normalcy.