Aamir Khan accepts offer from Rajasthan Royals, will join the team during preparations for IPL next season

Humbled with Rajasthan Royals' gesture, Aamir came up with a video response on his social media handle and thanked the franchise 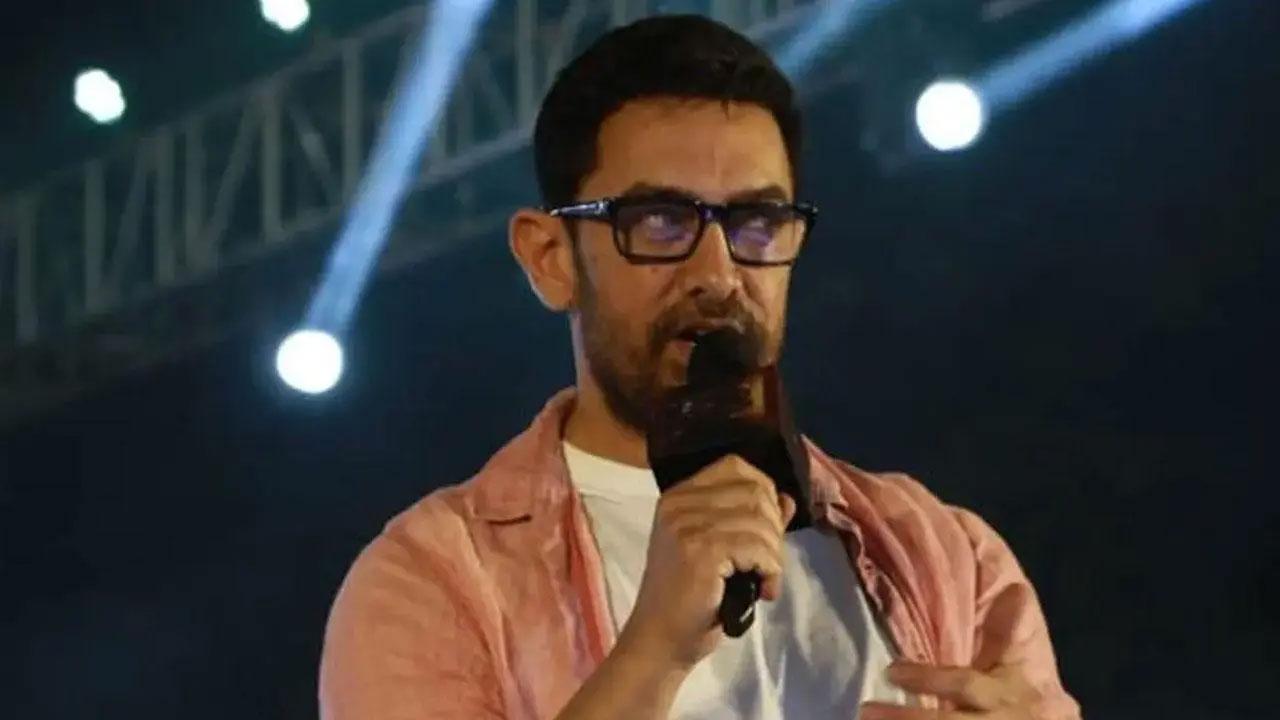 
Bollywood superstar Aamir Khan has finally found a taker in the IPL franchise – Rajasthan Royals! The champions of the inaugural IPL season have shown faith in the cricketing skills of 'Mr Perfectionist' and expressed their desire to include him in their playing eleven. Joining the banter between Aamir Khan and Star Sports experts during the ongoing IPL 2022, Rajasthan Royals shared a post on their social media handle and claimed the actor will be in their playing eleven. The IPL franchise shared a photo shopped image from Aamir's iconic movie Lagaan and wrote 'Aamir Khelega (Aamir will play)'.

Humbled with Rajasthan Royals' gesture, Aamir came up with a video response on his social media handle and thanked the franchise. The actor, in his witty style, went on to claim that he'll join their dugout next year and even sent his best wishes for the franchise ahead of the Playoffs. He, however, promised to play for the franchise next year.

The ever witty Aamir said on his social media post, "Thank you, Rajasthan Royals for believing in me and offering a spot in your playing eleven. I am touched. But the thing is, your team is already very strong this year and if I join you guys, then you'll get unbeatable. You have Jos Buttler, who is going after the Orange Cap, and then you have Yuzi Chahal, who is chasing the Purple Cap. But I am an all-rounder. If I play for you this year, I'll snap both the caps and both of them will lose their respective awards. So, I will join you guys next year and we'll practice together in the nets. We'll Halla Bol together. Also, I convey my best wishes to you guys for the Playoffs."

Watch: Aamir Khan sends his wishes to Rajasthan Royals ahead of IPL Playoffs https://twitter.com/AKPPL_Official/status/1527991109334761472
Earlier last week, in a video posted on Star Sports’ social media handles, while showcasing his skills, Aamir made a passing remark to Ravi Shastri saying, “IPL mein chance hai kya (do I have a chance to feature in the IPL)?” he said.

When asked by anchor and commentator Jatin Sapru about Aamir’s cricket skills, Shastri had said, “Hey Jatin, he looks in good nick. Probably needs to spend a little more time on his footwork, but should get into most teams.” The quirky banter didn’t end there. The actor’s production house – Aamir Khan Productions – posted a video on Friday which featured him pretty disheartened after Shastri’s analysis. The tweet also rallied behind Aamir with #AamirInMyTeam, encouraging fans to add the actor to their respective teams.

“Ravi, I am a little disappointed that you are not happy with my footwork. I don’t think you have watched Lagaan,” Aamir said. “Don’t think you’ve had a proper look – now look at me again,” said the actor and broke into a dance move with an aim to prove the point that his footwork is top-notch! “Please recommend me to someone,” he added.