If this was the story of this girl alone, it’d be closer to the biopic of Mary Kom (2014), the world boxing champion from Manipur, another North East state, going through an insurgency, or liberation war, against India, as it were 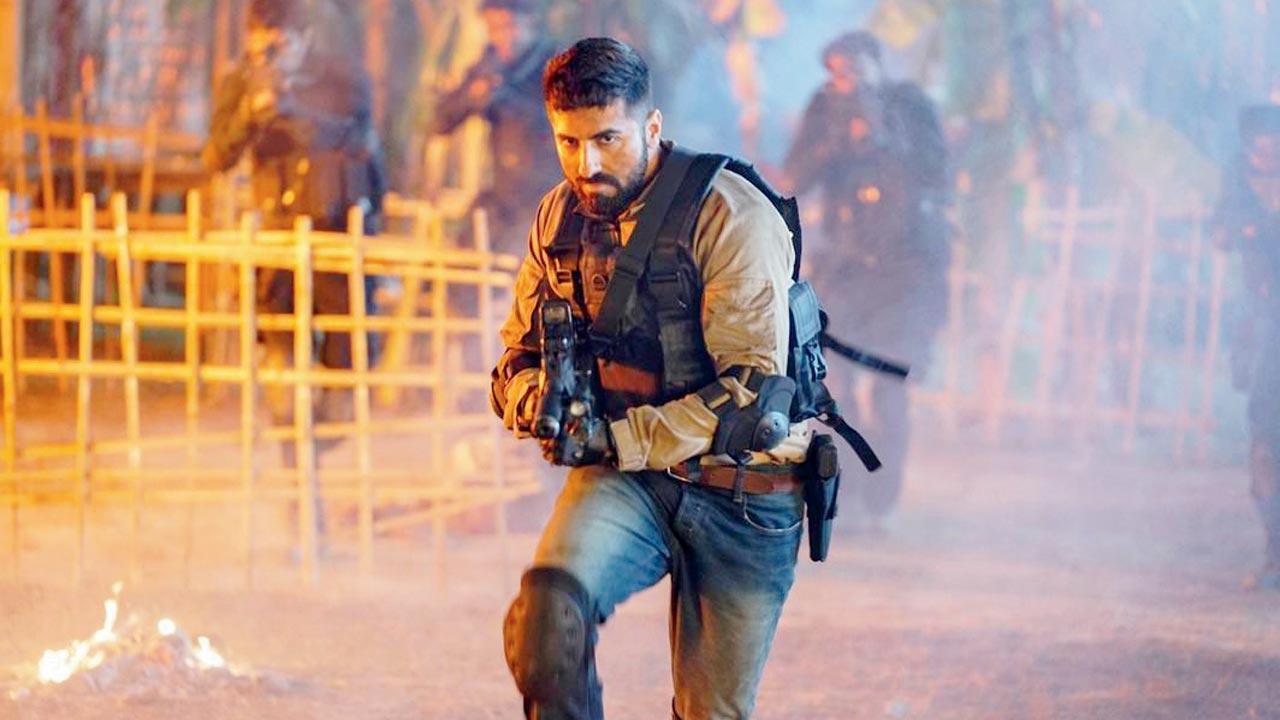 Frankly there’s simply too much simultaneously happening in this film, with no time for the audience to sit and stare, at the characters they’re casually gazing at. Such that no one gets sufficiently humanised, despite the meagre attempts. Which makes them look/feel rather distant. Or only as distant as India’s North East feels to the rest of the country.

Which is where this film is set — with no specific state mentioned, among the ‘seven sisters’. Basically, North East as the region, where a battle for secession is on, with several rebel groups, as pawns, in the fray, and allegiances to people in Myanmar across the border implied.

This ethnic conflict reads like Nagaland, alright. With the boss, Tiger Sanga (Loitongbam Dorendra) of a group like NSCN, leading talks for a peace accord with the Indian government. Of all, a Kashmiri Muslim (Manoj Pahwa) as a national security adviser type, heads India’s security apparatus in the region from New Delhi. This could be an empirical fantasy.

A forever sniffling Ayushmann Khurrana is his hatta-katta hound on the ground, playing an undercover Indian spy, forming and fighting rebel groups.

How distant, in turn, can such a cop/spy be, from the people he surveys — no matter how far they are from the world he comes from? Without letting his guards down, of course. This aspect is touched upon, although not in a way that, say, a James Bond or Jason Bourne have the capacity to go full rogue!

Khurrana’s character seems to be somewhat close to a local girl (Andrea Kevichüsa), with personal ambitions in international-level boxing — a feat that’s achievable only behind a national flag.

If this was the story of this girl alone, it’d be closer to the biopic of Mary Kom (2014), the world boxing champion from Manipur, another North East state, going through an insurgency, or liberation war, against India, as it were.

Sports alone is the fount of personal nationalisms, it seems. Petty discrimination is the rule, otherwise. This film makes that point well. Nicholas Kharkongor’s Axone (2019) was a more personal, insider’s take on the kind of segregation/prejudice people from the North East face in Mainland India (meaning east of the ‘Chicken Neck’).

Anek focusses more on North East as the stage/theatre of wider political conflict. As if the region and its macro problems came first, and a story followed. It’s the kind of issue-based commentary as an action-thriller, in Hindi mainstream films, that director Prakash Jha began specialising in, post-GangaaJal (2003), down to Chakravyuh (2012), on Naxalism.

Since Mulk (2018), writer-director Anubhav Sinha has emerged as an equally politically-aware voice, with the gumption and guts to go that extra distance to make his humanistic case — God knows that isn’t easy to pull off. You’ve anyway gotta walk a thin line. Taking offence is everybody’s instant form of defence.

The best way, of course, is to show; don’t tell. In that sense, my favourite sequence (a rare one for this film) is quite simply a montage of a young boy, against a lilting background score, returning from the ravages of war — it was his debut through destruction. Sure, you can watch portions of Anek as a ‘war movie’ too. But please don’t.

It is really about the ruthlessness of a paternal state that operates no differently from mafia, since control and power is the purpose, and that can be achieved only through monopoly over violence. Peace is futile, it appears. Everything is politics, self-interest, and slogans.

Does the entire film move you in the same way the scene I mentioned above does? Not quite, I’m afraid. I guess specific is more universal? I found myself too distracted, to connect with anyone in particular on screen — tighter plotting, fewer parts, focussing on the lead, could’ve helped? Don’t know. Or maybe the script itself doesn’t flow seamlessly enough for you to not meander in the mesh, on occasion.

What you’re left with is to unreservedly applaud the larger intention of this conversation-starter still. Or what it’s trying to say — spelling it out in so many words.
This gritty story, about shutting off voices of the very people you’re seeking peace for — by closing down internet, denying human rights, etc — is of course not about the North East alone. It’s about every political conflict there is.

Does it make you read up more on the region, per se — the lay of those lands; or how Article 371 (that applies to Assam, Manipur, Mizoram, Arunachal, among other states) is different from Article 370 (repealed from Kashmir); or why does the ethnic conflict still persist in Nagaland…

Just read up more. It’s more than what mainstream, visual news inspires us, ever. A good film will do just fine, thank you.

Next Story : Have you heard? Coaxed and convinced?