Exclusive! Gulshan Devaiah on 'Duranga': We've taken a narrative that already exists and re-interpreted it

head of the release of the series on August 19, Gulshan spoke to Mid-day.com about the show, his character, and working with Drashti Dhami 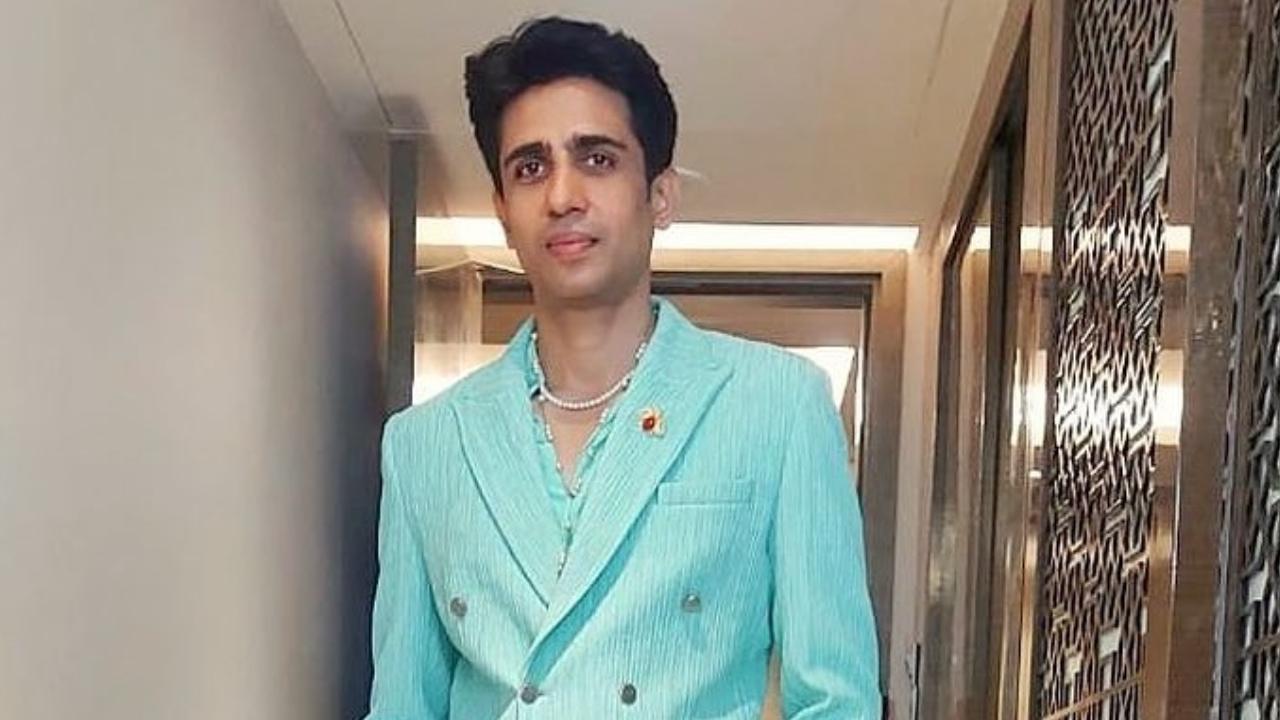 
Gulshan Devaiah has proved his mettle as an actor with performances in films like 'Shaitaan', 'Hate Story','Hunterrr', 'Badhaai Do' among others. He is currently gearing up for the release of the nine-epiosde series, 'Duranga'. The ZEE5 web series is an official adaptation of the K-drama, 'Flower of Evil'. The nine-episode series directed by Pradeep Sarkar is headlined by Gulshan Devaiah and Drashti Dhami. Ahead of the release of the series on August 19, Gulshan spoke to Mid-day.com about the show, his character, and working with Drashti Dhami.

"Let there be comparisons"

India has a massive fan following when it comes to South Korean shows, movies, and music, and comparisons with the original are bound to happen. When asked, if he is worried about the same, the actor said, "I am not worried at all, and comparisons will happen. Let there be comparisons. Maybe it is a good thing. Maybe our approach is different, maybe they will like it, maybe they'll not like it. When a book is made into a film, there are fans who will never be happy. Because we tend to imagine in our own way, and then, when a director reimagines it, we don't really like it. So that's fine. I mean, that's life, it's bound to happen, I'm not worried."

"He is a really nice guy but is he being genuine?"

Gulshan will be seen essaying the role of Sammit Patel, a househusband. He has a daughter with his wife who is a CBI officer. Elaborating about the nuances of his character, he said, "It's quite simple, actually, he's a househusband, he takes care of the house, he is a doting husband and a loving father. He's a sculptor, he makes sculptures in metal. That's his background. There is something about him. He's very, very reserved.  He's not really good with communicating or showing emotions. This is very apparent. But that makes him also kind of mysterious because you can see in his eyes that there is something about him that we don't know, there's something really off. He is a really nice guy but is he being genuine?; that kind of thing does come up about the character from a third person's point of view. While his wife is investigating a case, he starts to see that there may be a reason for her husband, to be connected with this case, and the case is a copycat murder of a psychopath killer who is not there. So that sort of takes the story forward."

"I take my pre-production very seriously"

The actor further spoke about getting into the head of his character and keeping the tone intact through the course of the series. "I didn't know how to approach it in the beginning. But that's what made it really interesting for me to figure out how to do it and I consciously didn't watch 'Flower Of Evil' except for the trailer, that also much later. I didn't want to be influenced. I wanted to have my own approach to playing the character and figuring out my own sense of what this character is. So once I figured it out, I think it was easy, because, I mean, I take my pre-production very seriously. Because all the work happens before you stand in front of the camera. Once you stand in front of the camera, it should be like these are my cues and that's the light and this camera and this is the lens. This is the environment I'm in and you should know how to be. We did have enough time to do pre-production both on my own as well as with the rest of the team and co-actors also we did a lot of pre-production so that we are prepared so it wasn't difficult once I figured it out. It wasn't difficult," he shared.

Also Read: Gulshan Devaiah: Understanding on the outside, unhappy inside

"I haven't seen any of Drashti's work"

This is the first time Drashti and Gulshan are working together. Talking about his experience working with her, he said, "She was nice. She was easy to work with. She's very bright and happy and she's always smiling and has a sparkle in her eye. She is a good co-actor, colleague to have. She is also somebody who's a happy person and we got long. We would talk about the scenes. I feel a little embarrassed because she's seen a lot of my work and she's like you're really that and this, and I had seen nothing. So that was a little embarrassing for me. Like I'm sorry, I haven't seen anything. "

"Except for one dance video of her where she beat Lauren Gottlieb on 'Jhalak Dikhhla Jaa'. I can't believe she beat Lauren Gottileb because she must be really good because Lauren is awesome. So that video I watched apart from that I've not seen anything of hers," he added.

Drashti has no starry attitude, that I'm a TV star or something, no baggage. She just walked into the room, we were introduced and she said 'Hi' and she had this bright smile and curly hair and all. She seemed very nice, and a  bright, happy person and that made it really easy to work with her," he shared.

Finally, ask Gulshan why he thinks people should watch 'Duranga', he said, "It's a fresh perspective. We tried to have a fresh perspective in the way we've taken a narrative that already exists and re-interpreted it. It was very interesting for me. And hopefully, it will be interesting for the audience also. Everybody needs entertainment. And judging by the response we've got from all the material that we put out so far, particularly the trailer. The trailer got 54 lakh views in 24 hours. In my limited experience, that's a really good number. People seem to be interested in it. Also, it's a romantic thriller and who does not like thrillers."