The series of photographs with the Bachchans including Abhishek and Aaradhya, which were uploaded by Varalaxmi, made netizens play the guessing game. They wondered why Ash had her arm in front of her tummy in all the snapshots and stood behind others in the group photos. 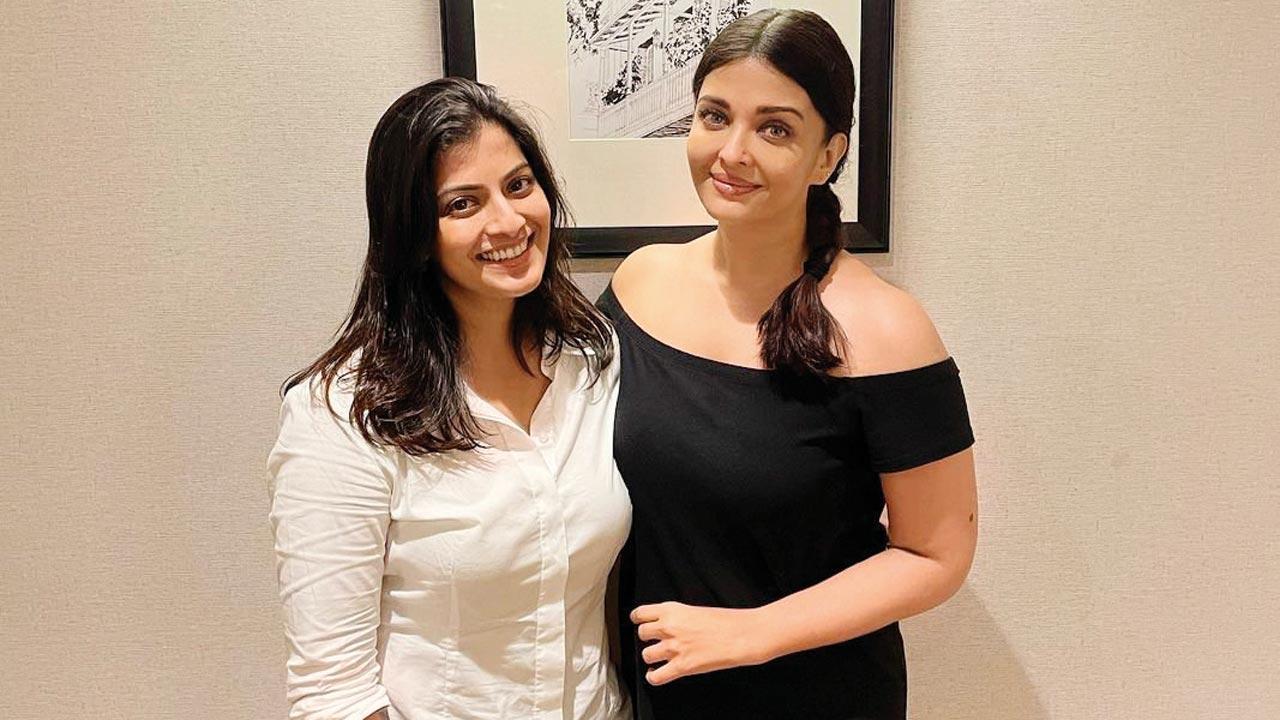 Aishwarya Rai Bachchan in the photo


Ever since South actor-politician S Sarathkumar and daughters, Varalaxmi and Pooja, shared pictures with Aishwarya Rai Bachchan on social media last weekend, there has been speculation that Ash is 'pregnant'. Sarathkumar and Ash are shooting for Mani Ratnam's Ponniyin Selvan in Puducherry. The series of photographs with the Bachchans including Abhishek and Aaradhya, which were uploaded by Varalaxmi, made netizens play the guessing game. They wondered why Ash had her arm in front of her tummy in all the snapshots and stood behind others in the group photos.

It is learnt that there is no truth to the rumours doing the rounds. Every time an actor appears on the heavier side, it is assumed that it's a baby bump. As one of Ash's fans posted, “What if she has just gained weight? There's nothing wrong with that. That's what happens to a body naturally as you age and don't go under the knife to look young. Pregnant or not, good for her for staying natural and ageing gracefully.” In 2019, Ash's viral pictures from her Goa vacation had also made netizens state that she 'looked pregnant'.

Wrestler and bodybuilder Varinder Singh Ghuman is the latest addition to the Salman Khan-starrer Tiger 3. He has been roped in to take the Yash Raj Films' action thriller a notch higher in the hand-to-hand fight sequences. Ghuman prefers to call himself a “strict vegetarian professional wrestler” from Punjab. He was earlier seen in Marjaavaan (2019) and Roar: Tigers of the Sunderbans (2014).

A throwback photograph of Shah Rukh Khan is doing the rounds of the Internet. The superstar, who studied at St Columba's School in New Delhi, is seen with classmates in a video library. While the rest are having fun, SRK's steely glaze is making fans wonder if he was “daydreaming of conquering Mumbai.” They are hoping King Khan can recollect when and where it was clicked.

Jacqueline Fernandez has begun dubbing for her upcoming action thriller, Attack. She considers the process a painful pleasure. The thought of sitting cooped up in the studio lip-synching for hours can be tedious, but at the same time there is the joy of seeing the finished product. Lakshya Raj Anand's directorial venture also stars John Abraham and Rakul Preet Singh.

See you in the theatres

On Friday, Akshay Kumar announced that Bell Bottom co-starring Huma Qureshi, Lara Dutta Bhupathi and Vaani Kapoor, will release in theatres on August 19. Ranjit M Tewari's espionage thriller was originally scheduled to release in January this year, which was pushed to April, and later to July due to the second wave of the virus, but since theatres were still shut due to the lockdown restrictions, the makers delayed it further. Now, as theatres open in the country and elsewhere, the producers finalised a new date. Prabhas also announced the release date of his next, Radhe Shyam. It will hit screens on January 14, 2022 to coincide with Makar Sankranti and Pongal. The romantic drama also stars Pooja Hegde and Bhagyashree. The makers had earlier announced July 30 as the release date of the multilingual.