Have you heard? Coaxed and convinced? 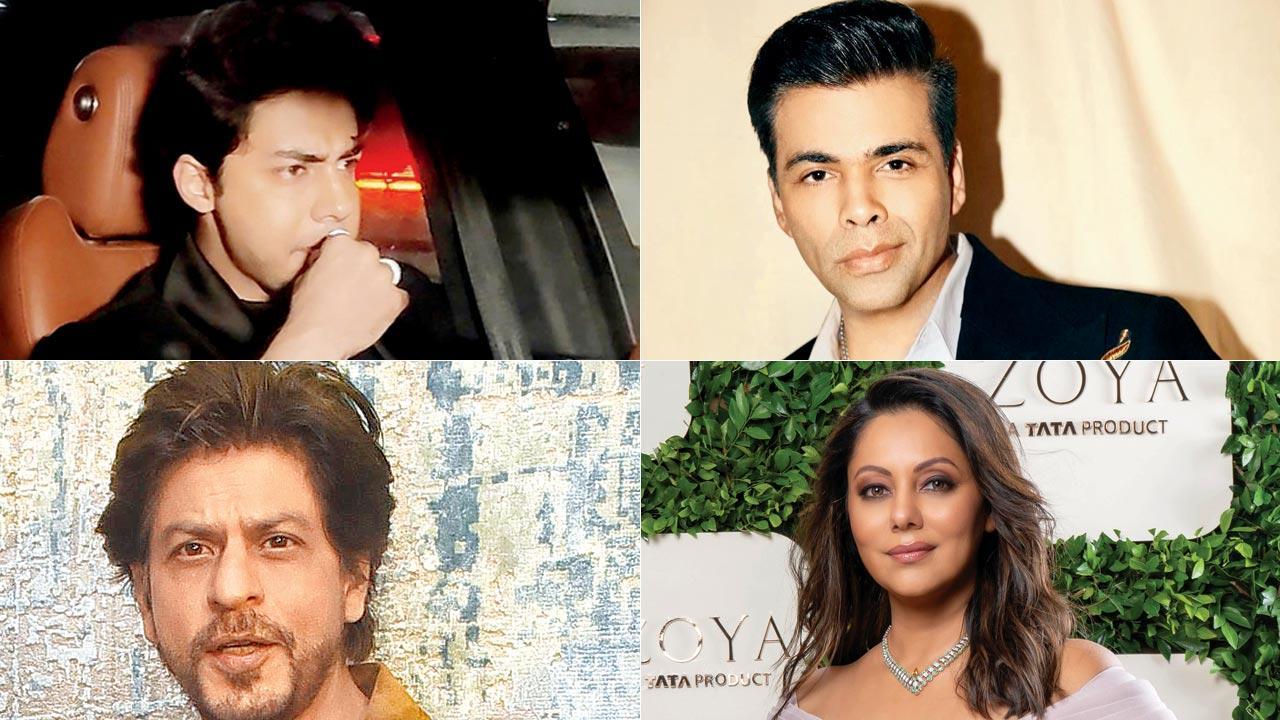 
You really have to hand it to Karan Johar for hosting the most talked-about party that keeps the gossip mills churning for the next few days. We hear that Aryan Khan had to be coaxed and convinced to attend the filmmaker’s 50th birthday bash at YRF Studios on Wednesday night. Yes, we know it’s a good thing that he has got a clean chit from the NCB (Narcotics Control Bureau) in the drugs-on-cruise case, yesterday. Apparently, the 24-year-old lad isn’t too keen on attending parties and was reluctant to attend the IPL matches to root for father Shah Rukh Khan’s cricket team too. However, KJo is family for the superstar, his wife Gauri and their children. Reportedly, SRK, Gauri and the b’day boy himself had to persuade Aryan to attend the celebrations. Incidentally, he didn’t pose for the paparazzi at the venue too. 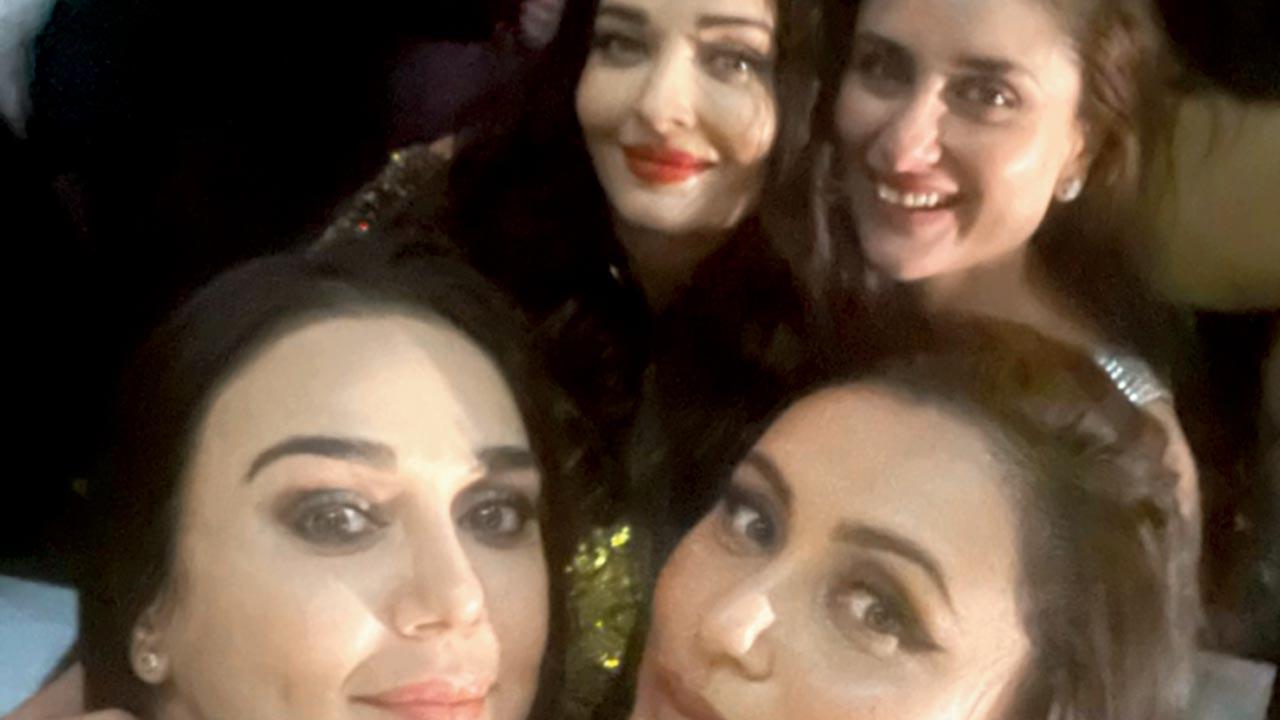 Thanks to everyone’s best friend Karan Johar, we saw old rivals bonding like long-lost friends at his birthday bash. Going by the pictures shared by Preity Zinta, it looks like she and Kareena Kapoor Khan bonded big time as they were joined by Aishwarya Rai Bachchan and Rani Mukerji. And to think there was a time when Bebo was miffed with Preity for bagging Kal Ho Naa Ho (2003). What’s more, when Preity had gifted herself an SUV, Bebo had bought the same make, albeit in a different colour. Preity and Rani’s dosti goes back to their first film together, Har Dil Jo Pyaar Karega (2000). 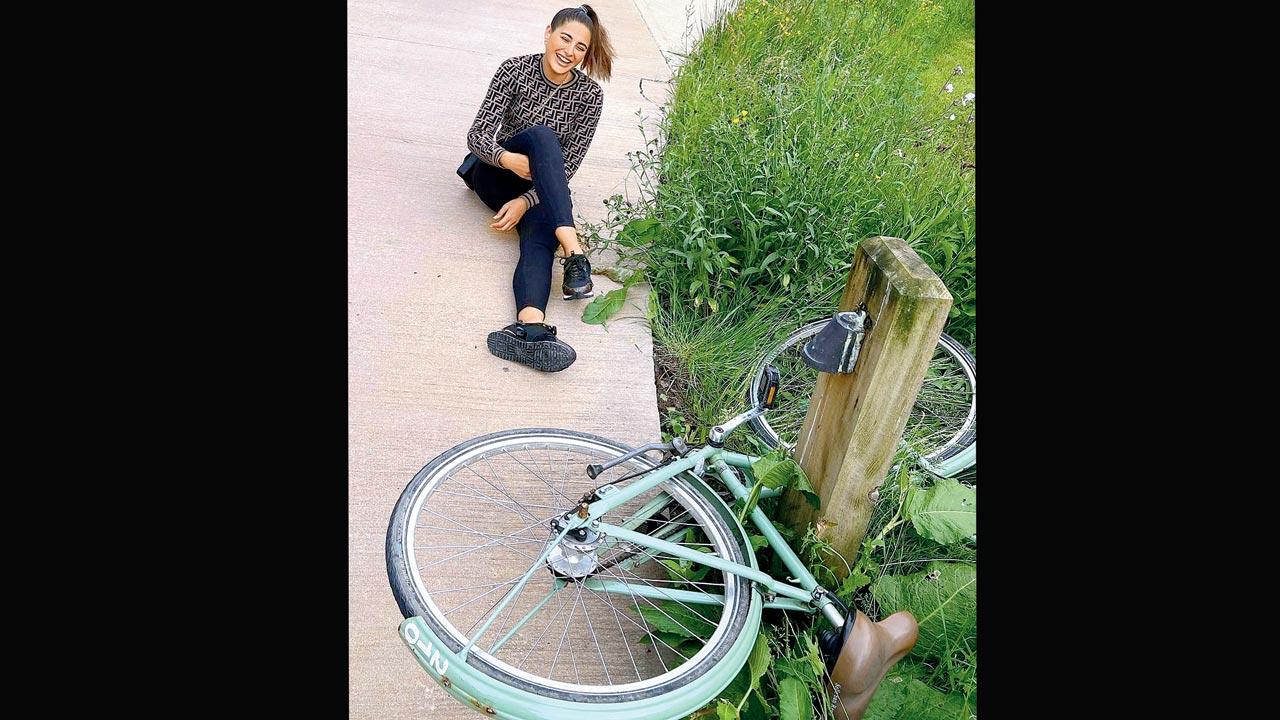 Nargis Fakhri took off for London after attending the Cannes Film Festival earlier this week. While cycling around with her friend in the UK, she had a fall. Sharing pictures and videos of it on social media, the actor gave a life lesson or two. She wrote, “When you fall (fail) do it with a smile and in style. But remember to always pick yourself up and keep going! #dontstop #neverquit (sic).” Attagirl!

Bracing for the chills 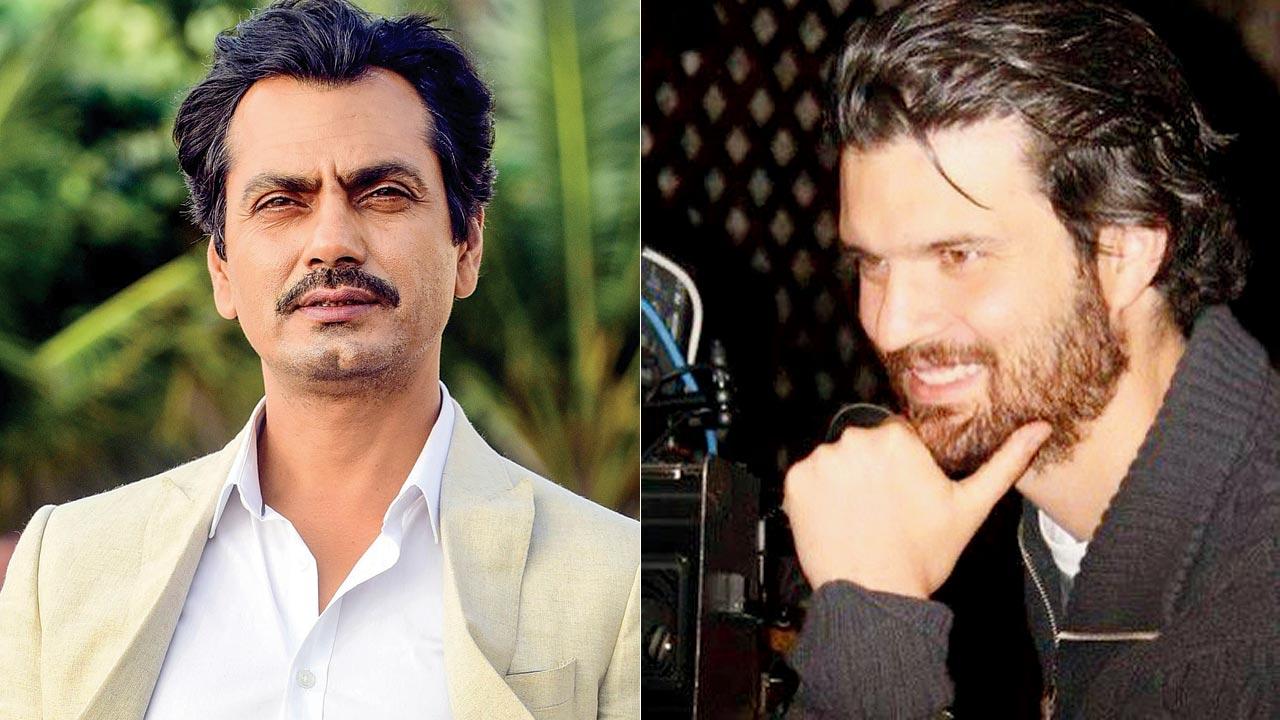 Come December, Nawazuddin Siddiqui will begin filming his next international venture, Laxman Lopez, in the Big Apple. He plays the lead in director Roberto Girault’s Christmas-themed movie. Nawaz, who recently attended the Cannes Film Festival, shared an update about the US indie film. He wrote, “Just finished the virtual reading of Laxman Lopez in this beautiful weather and now thinking about filming this during the Christmas month in New York with my director Roberto Girault and writer Sammy Sarzoza.” As an after-thought, he added, “Thand ki soch ke abhi se hi kup-kuppi chhut rahi hai.”

Lots in a name 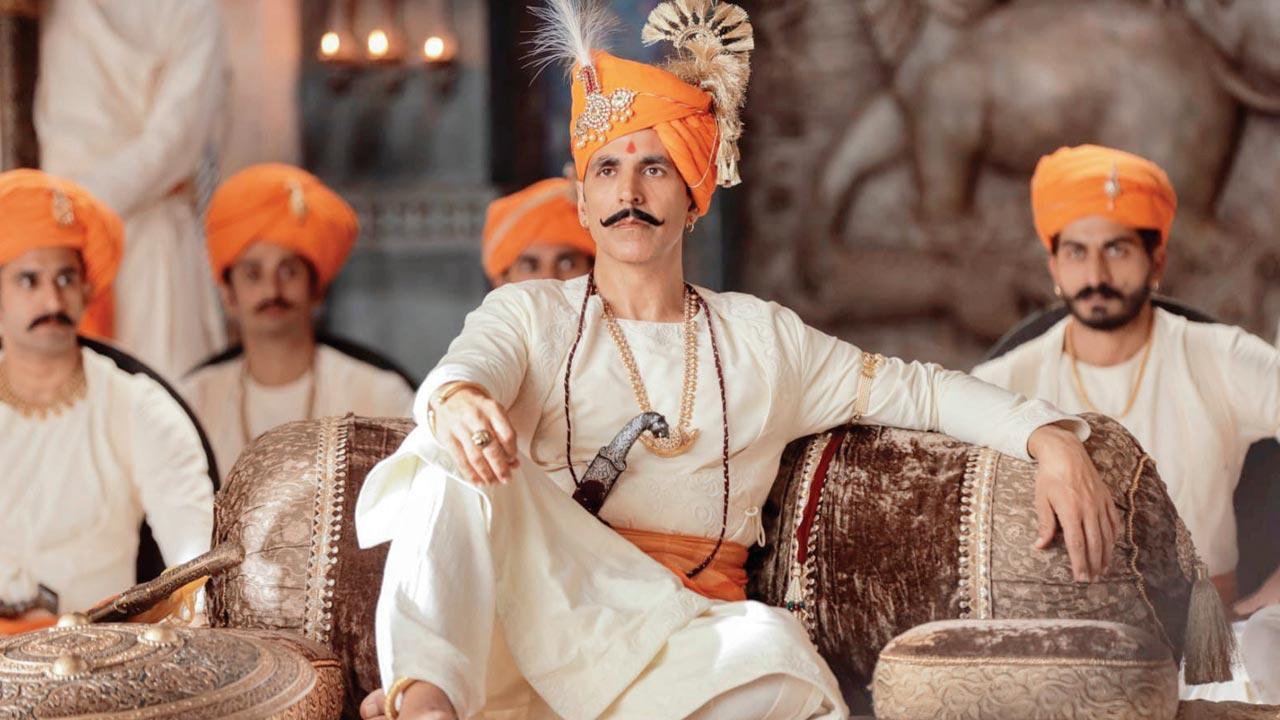 YRF Films has opted to rechristen their Akshay Kumar-starrer. In a letter to the Karni Sena, the studio stated, “As per the multiple rounds of discussions between us and to peacefully and amicably resolve the raised grievance, we will change the title of the film to Samrat Prithviraj.” The makers added that they were grateful to the Karni Sena for their “complete support, locally and globally, for release of the film and for the assurances provided in your letter.” 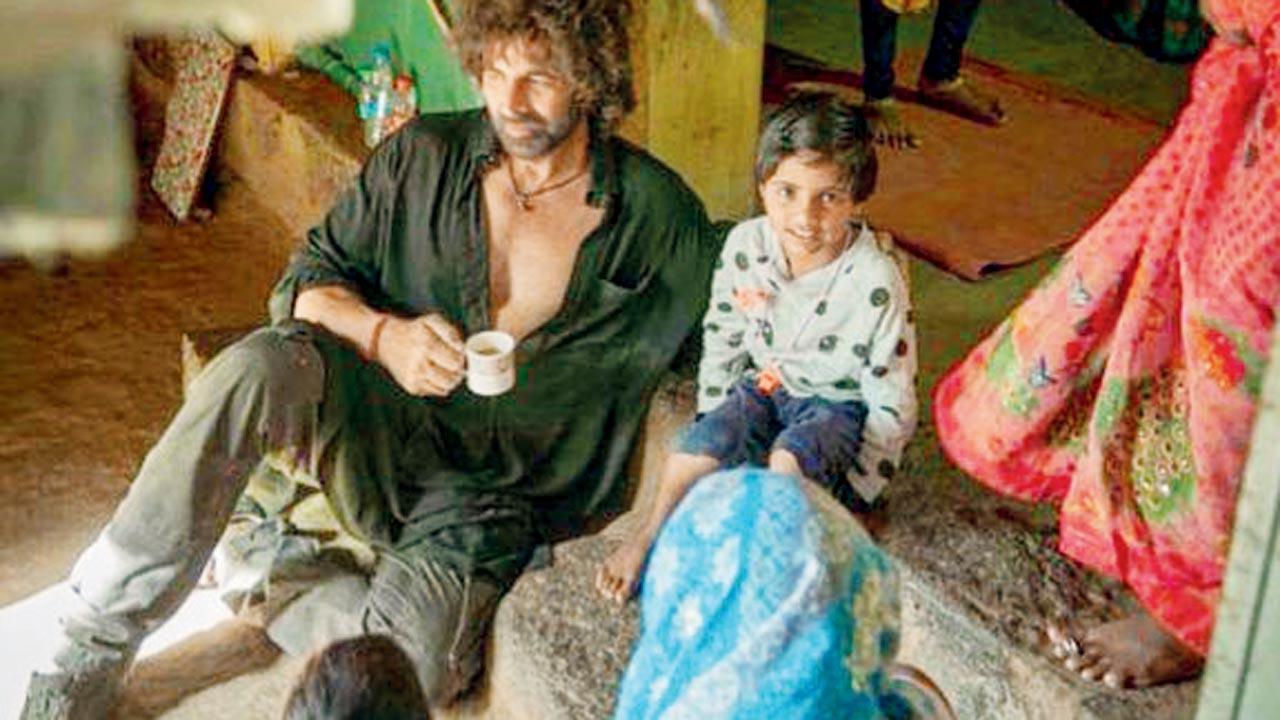 Meanwhile, Akshay Kumar has resumed filming the Hindi remake of Suriya’s Tamil hit, Soorarai Pottru. Yesterday, a picture reported to be from the set of Sudha Kongara’s directorial venture, inspired by the life of Capt GR Gopinath, made its way to social media. In the image, Akki, sporting a different look, is seen taking a tea break in between shots.