Nick Jonas gave PC a Chateau Mouton Rothschild 1982. It is considered to be one of the world’s most expensive wines. 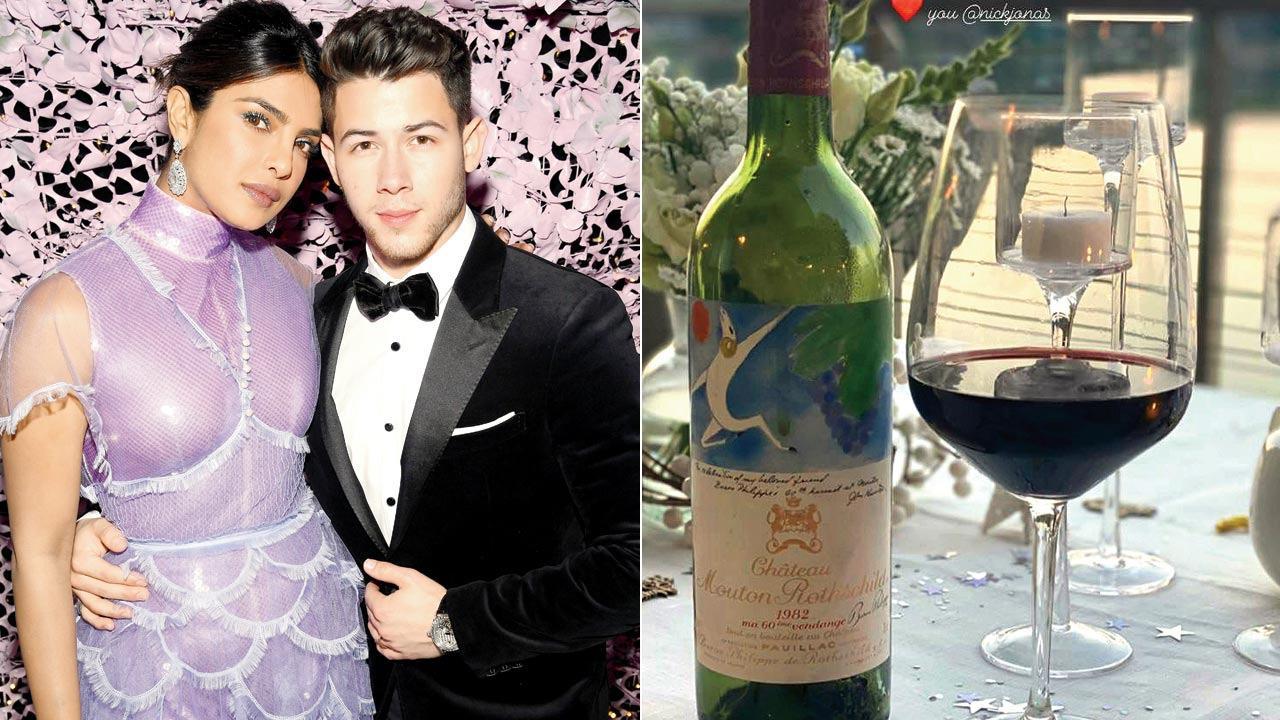 Though Nick Jonas could not be with wife Priyanka Chopra Jonas on her 39th birthday on Sunday, he added a sparkle to her big day by gifting her a Chateau Mouton Rothschild 1982. It is considered to be one of the world’s most expensive wines. PeeCee posted a picture of the bottle and wrote, “Love you, Nick.” She is in London shooting for the web series, Citadel, and hubby dearest is in  Los Angeles.

An eager fan requests Jacqueline Fernandez to wait as she takes her photograph at the Amateur Riders’ Club at the Mahalaxmi Race Course. Fernandez has been enjoying horse riding sessions and has “successfully fallen off the horse.”

The makers of the Amitabh Bachchan-starrer Chehre appear to be continuously making additions to the mystery thriller while waiting for its theatrical release. After recording an orchestral rendition of the title track earlier this year, Big B will now lend his deep baritone to it. He will recite a poem penned by writer-director Rumi Jafry. Chehre, which was originally slated to release in April 2020, has been delayed due to the pandemic. Looks like till theatres reopen, there will many more add-ons.

Telugu actor Satyadev has been roped in for the Akshay Kumar-starrer Ram Setu. He prefers to be tight-lipped about his character in Abhishek Sharma’s mythological drama. “It landed in my lap. Sometimes things happen and we don’t even realise that it’s happening,” says Satyadev.

Mika Singh’s car broke down while returning from  Rahul Vaidya and Disha Parmar’s wedding reception on Saturday night. The downpour and waterlogged streets made things worse for the singer, who was accompanied by actor Akanksha Puri. A video doing the rounds shows several people gathered around the car and helping him. Singh expressed gratitude for their concern.

Work on the second season of Mismatched has begun. Rohit Saraf, who features as Rishi Shekhawat in the Netflix series, dropped a hint by sharing what appeared to be a page from the script. The Sky is Pink (2019) and Ludo (2020) actor teams up with YouTube sensation Prajakta Koli in the show about an imperfect couple, who try to build an app.

The surprise announcements of pregnancies, motherhood and marriages in B-Town continues. On Monday, Neha Dhupia and Angad Bedi announced that there will be a new addition to the family soon. The couple shared the news on social media. “Took us two days to come up with a caption. The best one we could think of was... thank you, God,” wrote Dhupia. “New home production is coming,” posted Bedi. Their first-born is daughter, Mehr, who is one-and-a-half years old. Dhupia and Bedi had also sprung a surprise by announcing their wedding in 2018.

Due to his close association with Liger: Saala Crossbreed director Puri Jagannadh, Ram Gopal Varma managed to watch a few scenes from the multilingual. The action thriller, backed by Karan Johar, stars Telugu sensation Vijay Deverakonda and Ananya Panday. RGV was quick with his review. He wrote, “More than a cross between a tiger and lion, Deverakonda looks like a supercross between Pawan Kalyan, Mahesh Babu, Ravi Teja and Tiger Shroff.” RGV further added, “The screen presence of Deverakonda is greater than any star presence I have ever seen in the last two decades.” Was the maverick filmmaker trying to be funny or sarcastic? Ramu is known for his irreverent sense of humour, so one can never tell.