Have you heard? Salman Khan all beefed up for 'Tiger 3'

Salman posted a video of sweating it out to the tune of Tiger playing in the background. But he didn't reveal it all. 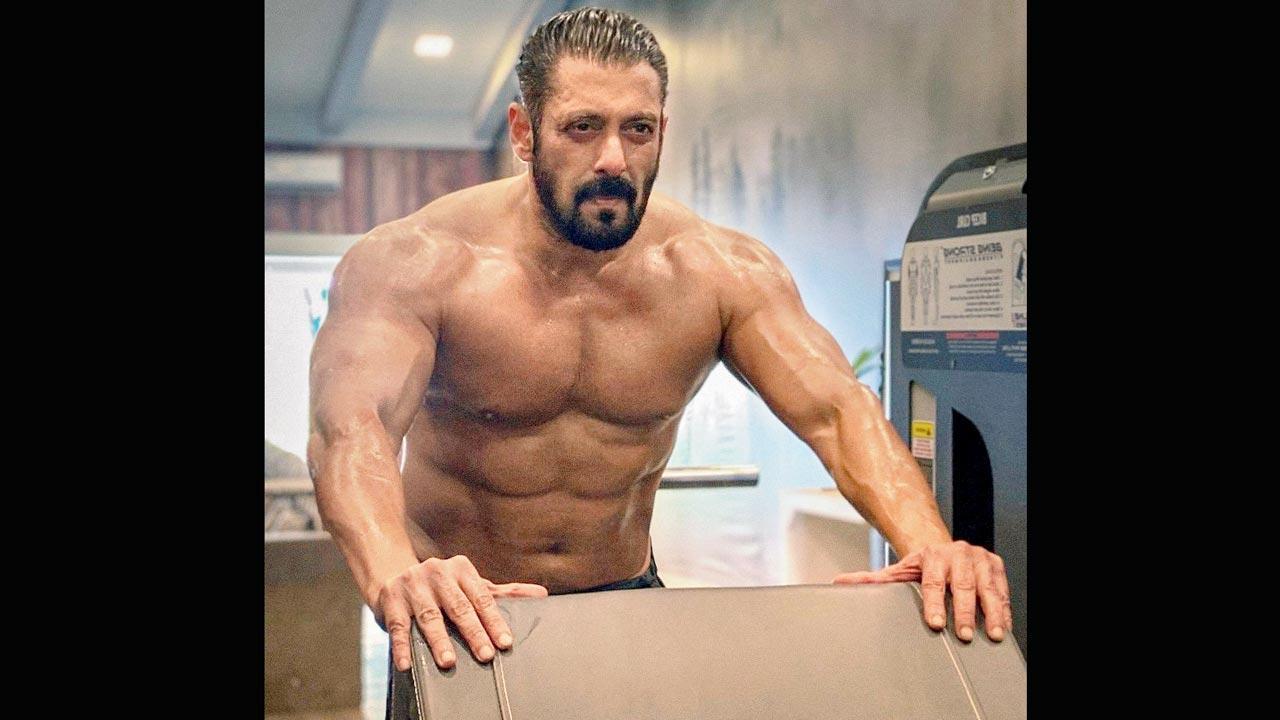 
Salman Khan has hit the gym with a vengeance to get back in shape for Tiger 3. The actor posted a video of sweating it out to the tune of Tiger playing in the background. But he didn't reveal it all. The clip is shot from his reflection in the mirror and is unclear, trying to keep his look a secret. He captioned it, “I think this guy is training for Tiger3.” The first instalment, Ek Tha Tiger, directed by Kabir Khan, released in 2012. The second part, Tiger Zinda Hai, directed by Ali Abbas Zafar, released in 2017. The shoot of the third instalment is set to resume on July 23. The spy thriller is tentatively scheduled to release in 2022.

A resident of Shastri Nagar, Delhi, Rakesh was annoyed with the judicial system and let it be known in the most filmi way. He allegedly broke computers and furniture in Delhi’s Karkardooma court over the delay in a matter pending since 2016, while screaming, “Tareekh pe tareekh” — a popular dialogue from Sunny Deol’s 1993 film, Damini. Just on Tuesday, a Supreme Court judge told a counsel seeking adjournment, "We are not a Tareekh pe tareekh court." Our own Bombay High Court said it was cool with the phrase when a social media user was booked for lamenting repeated adjournments in her case.

Four months since they welcomed their second son Jeh, Saif Ali Khan and Kareena Kapoor Khan have yet to share a glimpse of the munchkin with their fans. They don't want camera glares going off in his face, like in the case of Taimur. On the occasion of Eid-Al-Adha on Wednesday, Sara Ali Khan posted a family picture on Instagram with the caption, "Eid Mubarak. May Allah grant everyone peace, prosperity and positivity. Inshallah hoping for better times for us all." While little Jeh featured in the adorable photograph, Sara was smart enough to cover the toddler's face with a quirky emoticon. Guess we'll just have to wait longer.

Hindi and Marathi cinema were just the beginning for Riteish Deshmukh, who is now spreading his wings in Bengali cinema. He is set to do a cameo in Rituparna Sengupta’s film, Antardrishti — a remake of the Spanish thriller, Julia’s Eyes. The two had worked together in David Dhawan’s 2009 film, Do Knot Disturb. “He is talented and a humble person to work with, and it was gracious of him to do a cameo in Bengali,” expressed Sengupta. “I love the heritage of Bengali films and would love to do one sometime if I get a proper script”, added Deshmukh.

After dabbling in cooking for his 2016 outing Ki and Ka, the most wanted munda aka Arjun Kapoor is back in the kitchen with Chef Ranveer Brar for the third season of  You Got Chef’d. Attempting to make the Shepherd’s pie, Kapoor regaled the chef with the story of how he went to watch a Chelsea match at a stadium with Abhishek Bachchan. The stadium had strict rules where one was not allowed to wear a jersey in the box, so Kapoor wore a jacket over his jersey and held on to it throughout the match. Due to this, the actor could not grab a bite. Later, he ended up eating Shepherd's pie at a plush restaurant post the match. The pie was delicious and became Kapoor’s favourite grub.

Maddam Sir actor Priyanshu Singh, who is making his  Bollywood debut with 14 Phere, shared how he was embarrassed on set. “I was changing for a scene; wearing only a long kurta, waiting for my pyjamas. Suddenly, people making BTS videos walked in with their cameras,” recalled Singh, adding that he now finds the incident funny.

Filmmaker Subhash Ghai is busy researching for his documentary on the noted lyricist, late Anand Bakshi. But he doesn’t want it to be a boring outing that people rarely watch. “I want the documentary on Bakshi saab to be seen by generations,” says Ghai, who has gathered like-minded fans to see his dream through. Bakshi has penned the lyrics for 16 films produced and/or directed by Ghai.